But they're already in trouble. 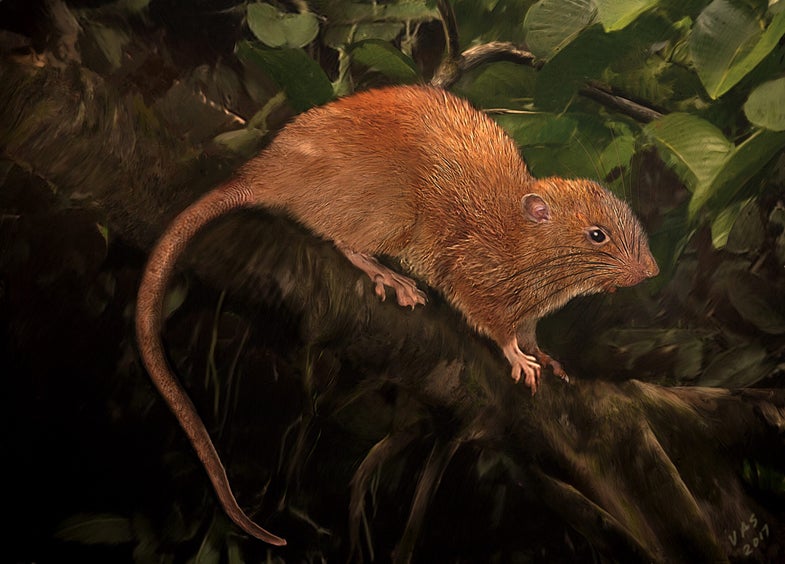 Shut up Westley. Rodents of Unusual Size absolutely do exist.

Rodents get a bad rap. We see them as sly, creepy, disease-carrying vermin. So news about them doesn’t always come well received. Let’s just say, you’ve been warned. In a paper out this week in the Journal of Mammalogy, researchers say they’ve discovered a new species of rat that’s a foot and a half long and nearly triple the weight of a common black rat.

The oversized, tree-dwelling, nut-gnawing rat lives in the Solomon Islands. Finding them, the scientists who discovered them say, has proved incredibly difficult.

“When I first met with the people from Vangunu Island in the Solomons, they told me about a rat native to the island that they called vika, which lived in the trees,” says Tyrone Lavery, a mammologist and lead author of the recent paper in a statement.

This big rodent’s discovery is not unlike the ROUS (rodents of unusual size) depicted in The Princess Bride. In the movie, Westley refused to believe in ROUS until one of them literally jumped on top of him. For years, Lavery couldn’t fully believe what native folks were telling him, until one happened upon his colleague’s path.

“I started to question if it really was a separate species, or if people were just calling regular black rats ‘vika,'” Lavery says.

Finally, in 2015, a ranger spotted one in a flowering tree felled by a logging operation, the ranger collected the rats body, and informed Lavery of the find. Lavery named the new species Uromys vika in honor of the local name for the rodent. The rat appears to subsist on fruit and nuts, and can gnaw through thick hulls to get at the tasty treats inside. In that, it’s similar to other rodents, which tend to be herbivorous or omnivorous with an emphasis on fruits, nuts, and seeds.

Unlike the much more common black rats, which top out at about 0.75 pounds, vika can weigh up to 2.2 pounds, and grow to a length of about a foot and a half.

Despite its unusually massive size, Vika, unfortunately, is not the largest rodent in the world. Nutria groundhogs, and beavers, which are both classified as rodents, are all larger. And the heavyweight title still belongs to the capybara, along with our affections. 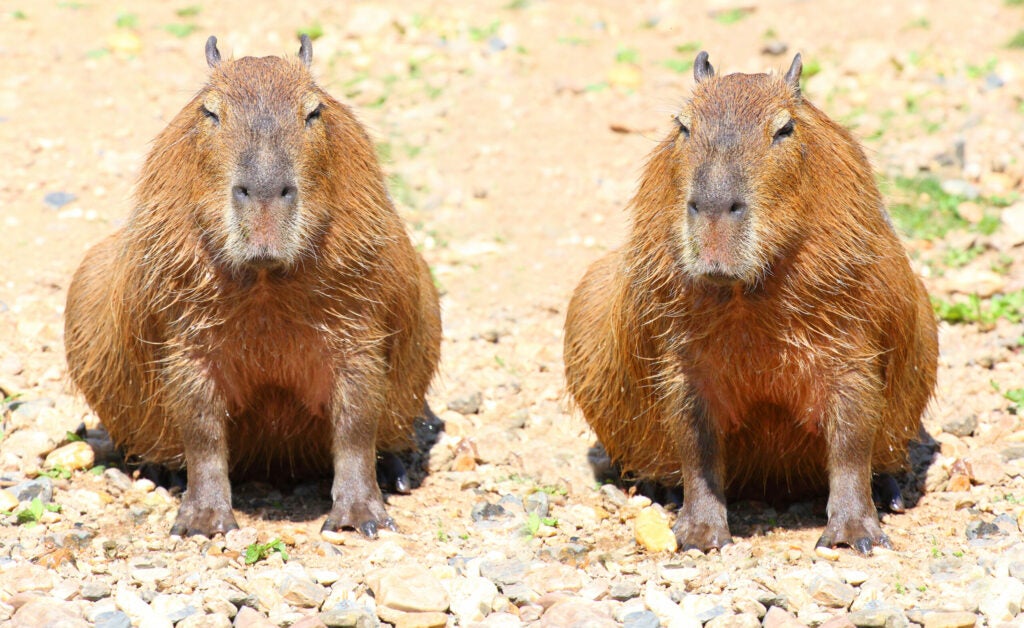 Couple of The Capybara (Hydrochoerus hydrochaeris ), largest rodent in the world.

Vika have quickly gained notoriety in another way, too, that has nothing to do with size or an advantageous poetic connection to an entirely fictional creature from a cult-classic 1980’s film.

Humans constantly chop down trees in the Solomon Islands. And with trees being the main home of vika, the authors say that the newly-discovered species is also critically endangered, with a small population and a shrinking habitat, that’s also imperiled by predation from birds of prey and cats.

They’re encouraging additional scientific surveys of the island by scientific or conservation groups, to see what other animals might be hiding in the branches before the branches themselves disappear.