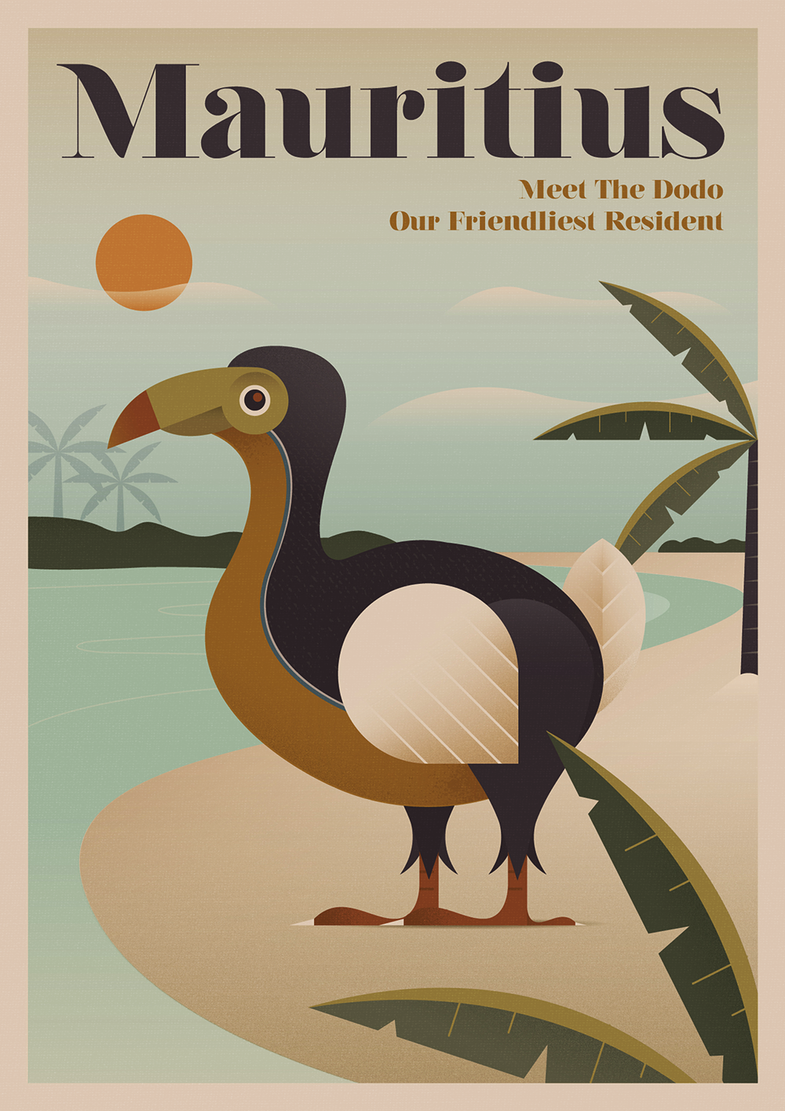 Visit Mauritius today, and you'll see many lovely sights, but not the unfortunate Dodo, which went extinct sometime after 1662. Expedia UK
SHARE 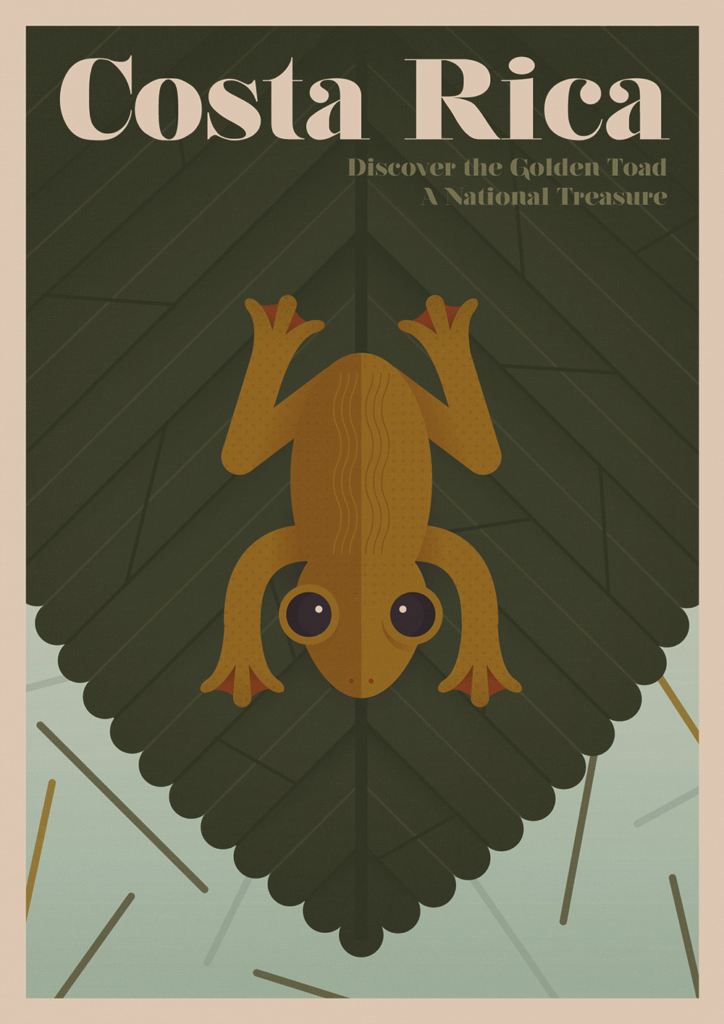 The Golden Toad went extinct in 1989. It only had a minute habitat in Costa Rica’s Reserva Biológica Monteverde.

You can still visit Costa Rica, but you’ll never find a golden toad there. At least not any more. That’s because unfortunately, travel does not include time travel.

In a series called Unknown Tourism from Expedia UK, you can see vintage-style travel posters that depict things that you can’t see if you jet off to lovely locales around the globe.

“It all began when we started thinking about the things you can’t see anymore when you go traveling,” Matt Lindley, a spokesperson for the project told Popular Science. “Information about a country’s extinct wildlife can’t always be found in the guidebook–yet it still forms part of a country’s cultural heritage and is something you may want to know about when you travel. How many people know that the moa was once endemic to New Zealand, for instance, or the thylacine to Tasmania? Some people may not even know what a moa or a thylacine is, so this project serves as a way of remembering these animals, while also revealing something new about the countries that isn’t in the guidebook.”

The vintage-style posters hark back to an earlier time, specifically, the travel posters of the 1930’s through 1950’s. But even that’s not early enough for visitors to see many of these animals, with the possible exception of the Golden Toad, which went extinct in 1989.

Many animals today are currently endangered, including the gorilla and some newly identified species of giraffe. But there is also good news for animal lovers. Recent conservation efforts have resulted in improvements to the populations of charismatic megafauna like the giant panda and humpback whales. Some researchers are even looking at ways to bring back extinct animals like the great auk, or even dinosaurs.

Maybe someday, a travel poster to Jurassic World won’t just be of an extinct creature and a long lost world but an actual travel destination. It’s not likely to happen. But it might be nice. 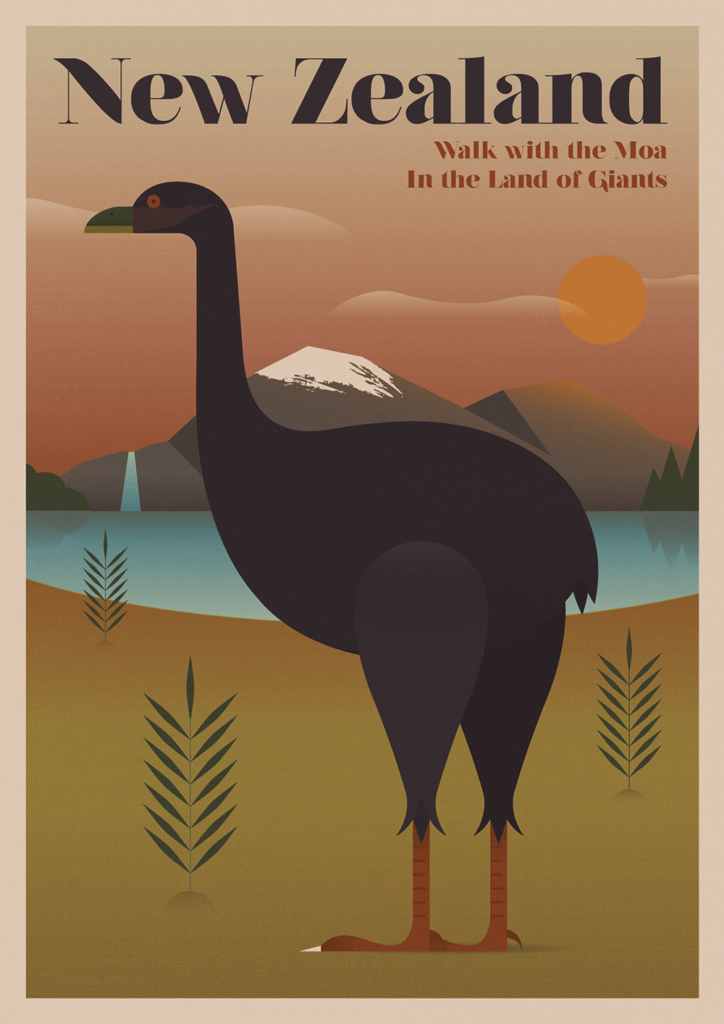 There were nine species of Moa in New Zealand, with some as tall at 12 feet. Unfortunately, their giant size couldn’t save them from overhunting. 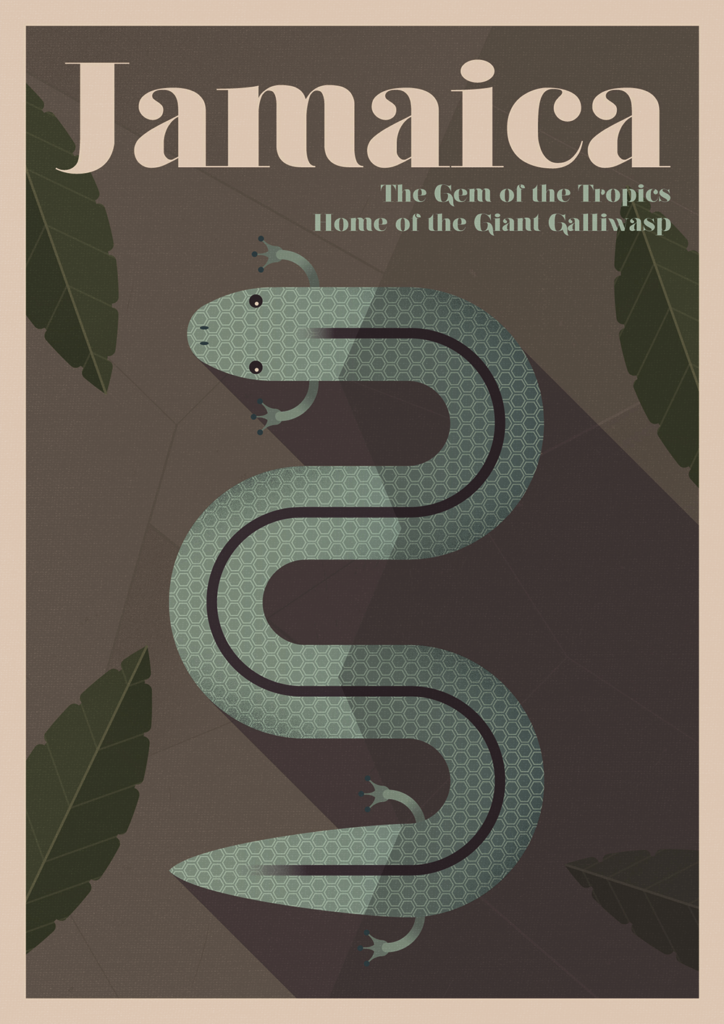 The Giant Galliwasp was last seen in Jamaica in 1840, and won’t be seen again. It likely went extinct due to the introduction of predators like the mongoose. 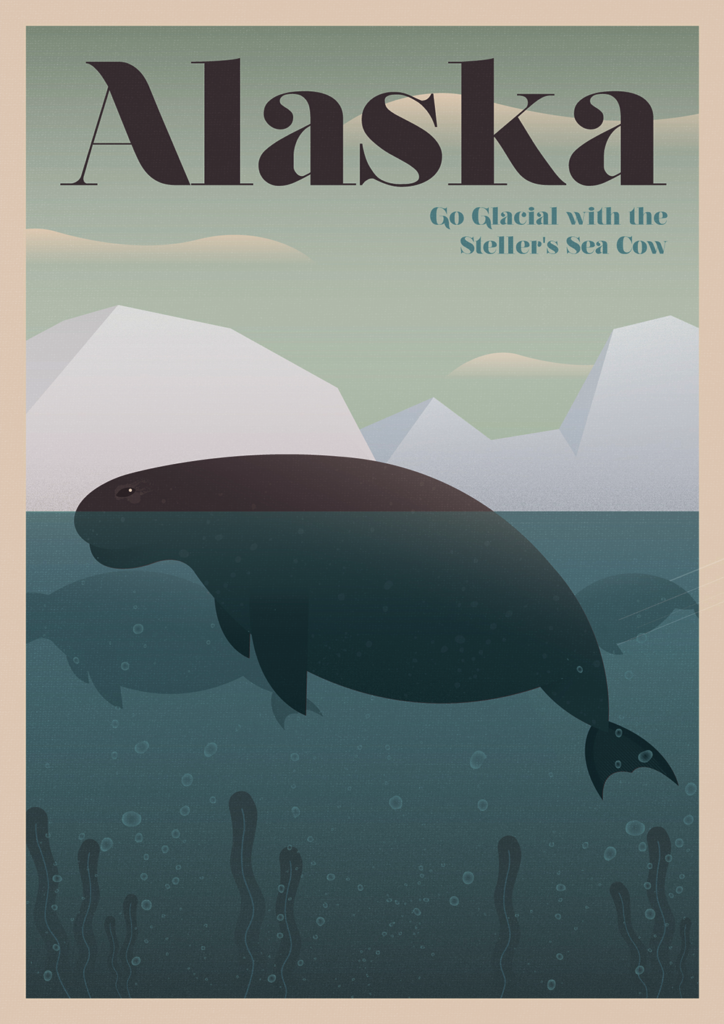 Visitors to Alaska can see amazing wildlife, including grizzly bears, whales, and caribou, but not the Steller’s Sea Cow, which was hunted to extinction by 1768. 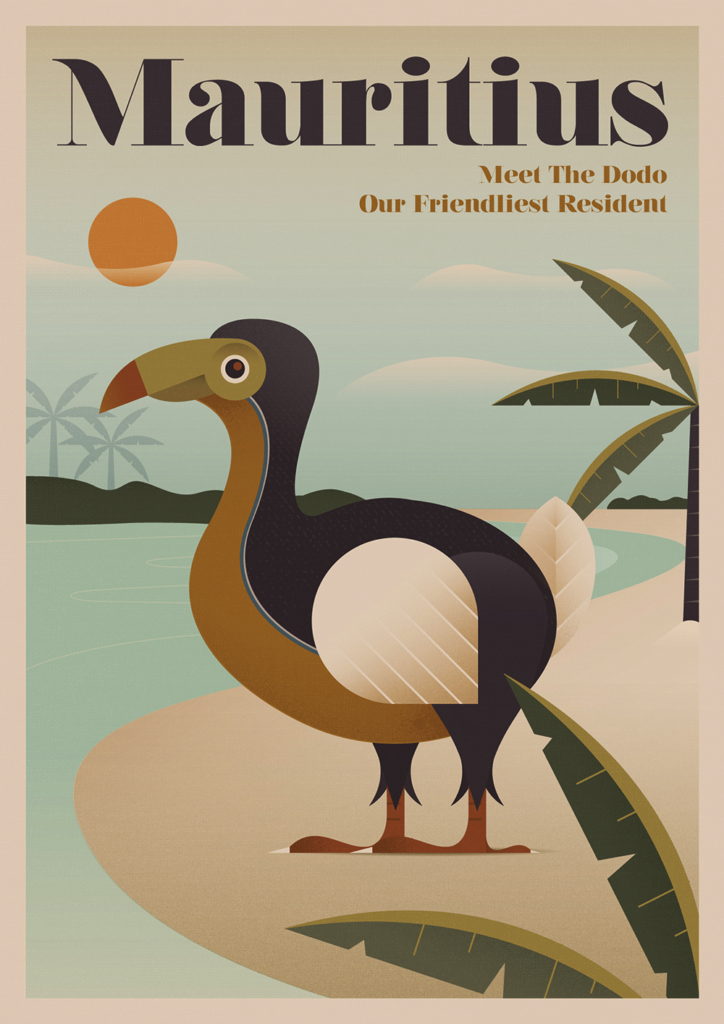 Visit Mauritius today, and you’ll see many lovely sights, but not the unfortunate Dodo, which went extinct sometime after 1662. 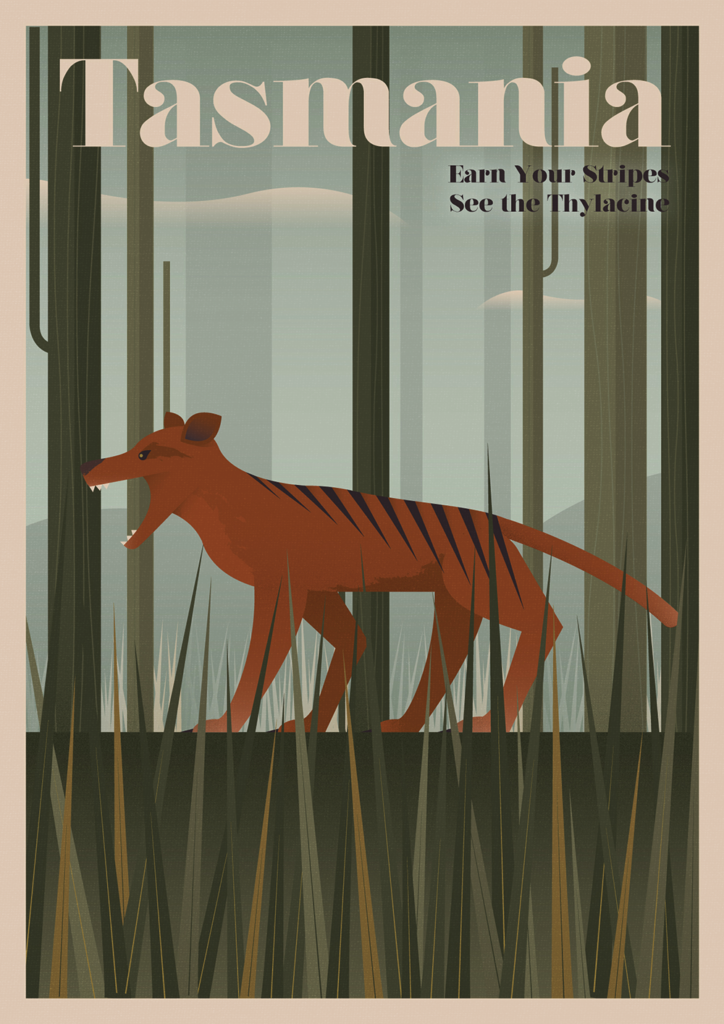 You can still see Tasmanian devils in Tasmania, but not the Thylacine, which went extinct in 1936.
Animals
Extinction