An interview with photographer Joel Sartore 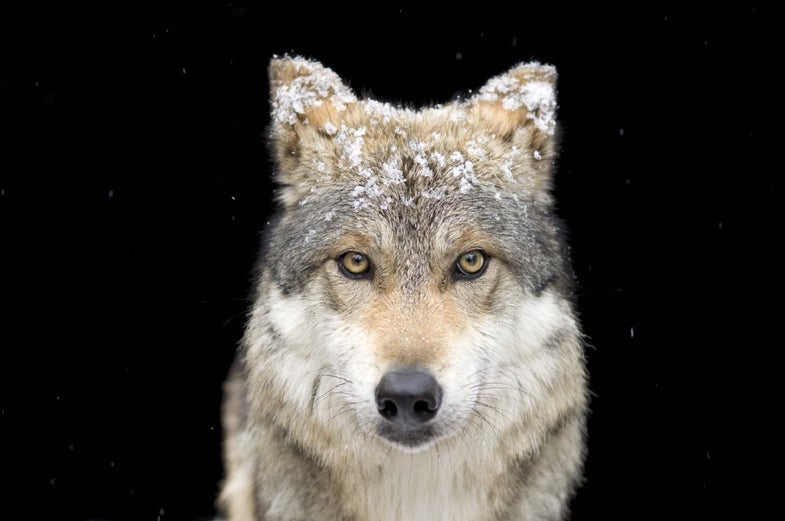 Joel Sartore has made it his mission to bring the planet’s most strange and exotic creatures into your living room. He shot nearly 400 portraits for his latest book, *The Photo Ark: One Man’s Quest to Document the World’s Animals, published by National Geographic. In it, Sartore captures the character and personality of naked mole rats, arctic foxes, and dozens of other beasts standing at the brink of extinction. Recently, he sat down with Nexus Media to talk about his work and the future of life on Earth. This interview has been edited for length and clarity.*

There are more than 12,000 species in human care, and so far I’ve photographed 6,500. Our team has gotten a lot of the easy ones, and it’s going to take another 15 years to get the rest. The backgrounds are black and white, with no distractions, and all animals are the same size, so a mouse is every bit as glorious as a polar bear.

The format allows for eye contact. As primates, that’s how we communicate with other species. When we look another animal in the eye, it touches us. It moves us to remember it. The animals are posing, just like you would pose. They’re intelligent and beautiful, happy and sad, malicious and playful — not that different from people.

I shot more than 25 conservation stories for National Geographic in the field. And the stories had limited success getting people to care about conservation. The Photo Ark — it’s something all its own. But we don’t want it to be a giant obituary.

We want the Photo Ark project to inspire people to care, to take action while there’s still time — and there is still time. Species have been saved from the brink of extinction, in stories of inspiration and hope. In the case of animals like the California condor and the black-footed ferret, they were almost extinct but are now stable now because people cared. The first step in conservation is for people to meet these animals.

Personally, I don’t know why people wouldn’t care about the air we breathe and the water we drink. When we save nature, we’re preserving the atmosphere and the planet — these are the things that keep us alive. We can’t doom so many species by the turn of the next century and think people will be just fine.

People are now more urbanized, and less attached to the land, than ever before. They get their food from the grocery store. They’re preoccupied with other things. We’re not really tuned into the fact that it took bees for the fruits and vegetables on our plates, and it took rainfall — in predictable amounts going to the right places — to produce our cereal.

We see a lot of amphibians in catastrophic decline because the streams they need to lay their eggs have dried up. We see bats coming out of hibernation too early because there are too many hot days, and the insects aren’t there yet to feed them. We see stable populations of butterflies virtually wiped out in two years when the side of a mountain gets too hot or too wet or too dry, and host plants are eliminated.

A lot of the animals I focus on — and plants — are operating on a pretty thin margin. We’re moving quickly towards what David Quammen once called “a planet of the weeds,” in which you have only a handful of adaptable species thriving, like coyotes, starlings, cockroaches, rodents and crows. We can change the world. We just need to know what to do, and we have to start paying attention.

The arctic fox is declining in number because of a warming Earth. As the Arctic warms, red foxes are going to be moving north, out-competing arctic foxes for food. The warming climate also hits the snowy owl — both the owl and the fox rely on cold-adapted rodents, and the two predators need to eat a lot of them. But the rodents need snowpack to survive. It’s complicated, but animals that are really dependent on cold weather are in severe peril.

The concern is not just the world getting warmer — or colder, in spots — precipitation patterns are also shifting. That’s disastrous if you’re an animal that’s honed its reproductive or feeding strategy over millions of years. They cannot change overnight.

We’re in a society that’s getting more shallow in terms of how we respond to things. Are you a friend or an enemy? Are you with us or against us? Wildlife is neither. Nature doesn’t really need us, but we’re realizing we sure need nature to survive. It’s imperative for people to understand that as nature goes, so goes humanity.

People do care about saving endangered animals, but they need to understand what the problems are, and that those problems can be fixed — and that there’s hope, a lot of it. We can change the world. We just need to know what to do, and we have to start paying attention. Planting milkweed is a great way to start. That’s all there is to it. We have to start not just tweeting and liking — we have to start doing.