Do You Have Horizontally Slit Pupils? You Might Be A Prey Animal 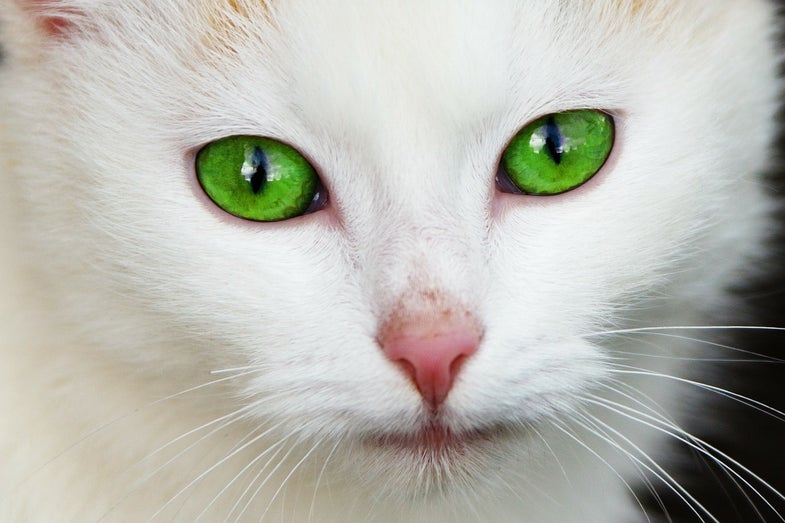 Sight is a very important sense in the animal kingdom. Seeing helps animals anticipate danger, find food, and even decide which tree is safe to climb. Now, researchers at the University of California, Berkeley and Durham University in England, figured out that the way an animal’s’ pupils are shaped–either horizontally or vertically slanted–can tell whether or not that animal is predominantly a predator or prey. Their work was published today in the journal, Science Advances.

Before the study, researchers already knew that certain animals have slit-shaped pupils so they can to adjust their eyes for better visibility in both daytime and nighttime. But researchers were still puzzled by the fact that some animals have horizontal slits while others have vertical ones. This new study helps to explain that.

The study analyzed the eye shapes of 214 species of land animals. The researchers observed that animals who were ambush predators that were active both during the day and at night had vertically slanted pupils, whereas plant-eating prey species whose eyes were on the sides of their heads tended to have horizontally slanted pupils.

To figure out what advantage this adaptation had on the animals, the researchers used computer simulations to visualize how vision looked with horizontal slits versus vertical slits. When the pupils were horizontally shaped, more light entered the eye from the sides of the eye and less from the top or the bottom. This would allow grazing animals to detect predators from further around them.

“The first key visual requirement for these animals is to detect approaching predators, which usually come from the ground, so they need to see panoramically on the ground with minimal blind spots,” said Martin Banks, a professor of optometry at Berkeley and co-author of the study, in the press release.

They also noticed that as these animals bent their head downward, their eyes would rotate to keep the pupil parallel with the ground, instead of becoming perpendicular. According to the study, this is the first time that this phenomenon has been documented.

When the researchers modeled how a vertical pupil sees, they found that vertical pupils help an ambush predator to gauge how far away its prey is and help bring the target into focus. The authors note, though, that this is mostly true for animals who are close to the ground, but not true for larger predators like lions or tigers, whose pupils are round (see photo!), like humans’. Because these animals’ look at things from higher off the ground, they don’t need the vertical slits.

While the authors did note that there were exceptions to these general rules, the study does show that evolution can be a strong driving factor in how eyes are shaped.

“We are learning all the time just how remarkable the eye and vision are,” said Gordon Love, a professor of physics at Durham University and co-author of the study, in the press release. “This work is another piece in the jigsaw puzzle of understanding how eyes work.”

For this study, the researchers focused on terrestrial species only. Next, they want to see if they find the same phenomenon in aquatic, aerial, and arboreal life.