We are eating large animals into extinction

"Humans have a long history of killing large animals, and it dates back thousands of years." 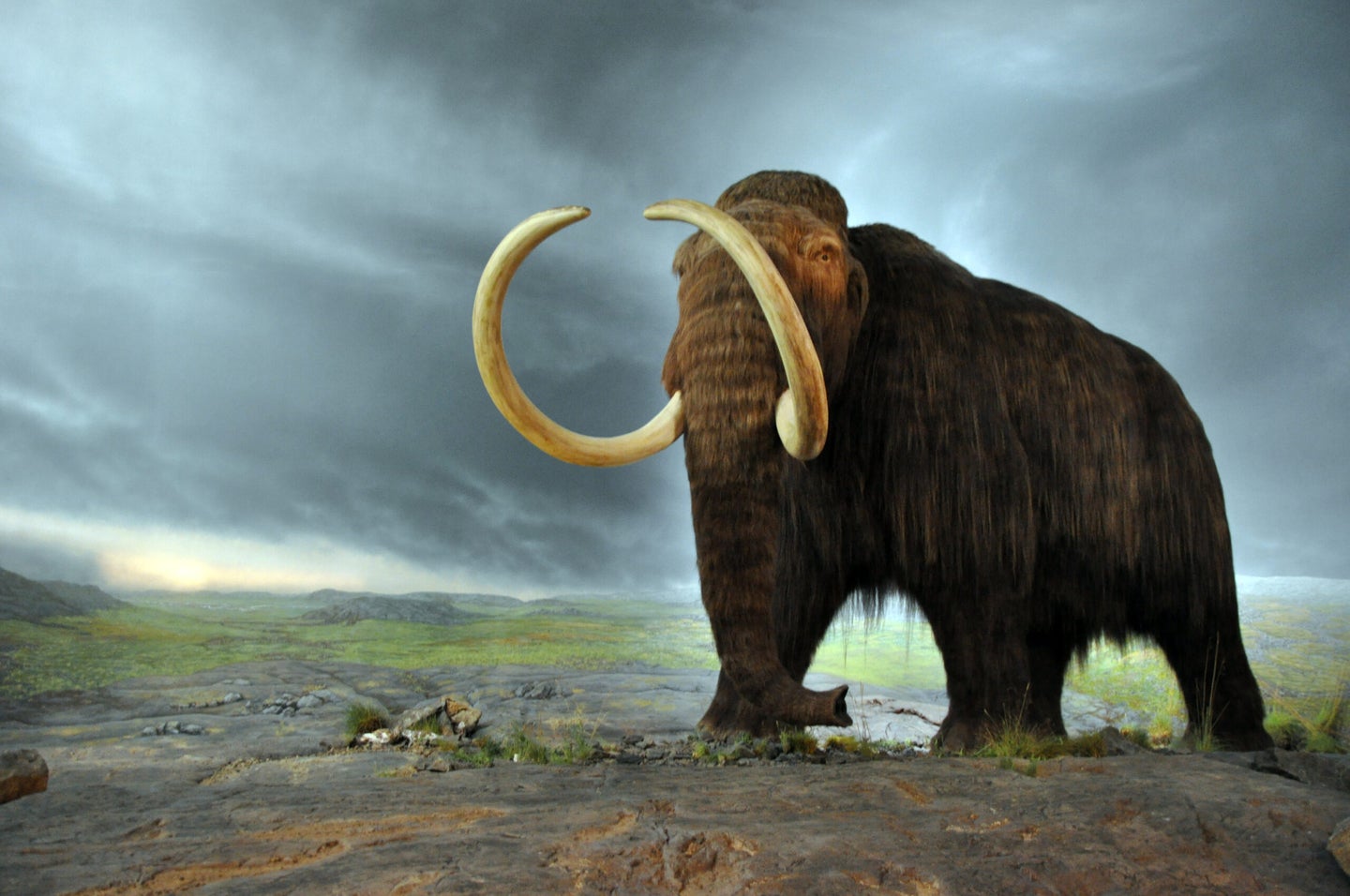 Woolly mammoths disappeared between 14,000 and 10,000 years ago due to a combination of hunting and climate change. Mammut
SHARE

Large animals once roamed the Earth, but most of them didn’t last. By the end of the Pleistocene, nearly 12,000 years ago, our human ancestors had killed and eaten many of the biggest animals into oblivion, including mammoths, mastodons, and hornless rhinos, as well as car-sized versions of sloths, wombats and armadillos.

While we might like to think we are more enlightened today, our predatory behavior hasn’t improved. We’re still eating big animals into extinction.

Many of these are creatures we know and love —lions and tigers and bears (oh my!)—like African elephants, several species of rhino, large sea turtles, giraffes, and Somali ostriches. That’s not to mention the many reptiles and fish, including the Beluga sturgeon and the whale shark, the largest fish in the world, which is highly valued for its use in shark fin soup.

“Humans have a long history of killing large animals, and it dates back thousands of years, and probably is why the mammoths and mastodons went extinct in North America,” said William Ripple, distinguished professor of ecology in the Oregon State University College of Forestry and co-author of a new study assessing the current state of big fauna. “If we lose these large animals, the world will be impoverished. They are among the most loved animals in the world and future generations will not be able to experience their beauty.”

Ripple and his colleagues were part of an international collaboration that built a list of so-called megafauna based on size and taxonomy, selecting species that are unusually large when compared to other species in the same class. They gathered data on nearly 300 species worldwide, including mammals, ray-finned and cartilaginous fish (those with skeletons made of cartilage) weighing more than 220 pounds, and amphibians, birds and reptiles of more than 88 pounds. They found that about 170 are threatened with extinction.

“The most common threat was harvesting, which is another word for killing them directly through fishing, hunting or trapping,” Ripple said. “Direct harvest for human consumption of meat or body parts is the biggest danger to nearly all of the large species,” he added, noting that megafauna are more threatened than other vertebrates.

Their analysis, published in the journal Conservation Letters, adds to a growing body of work on the ways that humans are driving animals into extinction, which includes climate change, deforestation and agriculture. The research demonstrates “how meat-eating can have a major impact on nature,” he said, and bolsters a growing movement that urges people to eat less meat to preserve natural ecosystems. “There is an intrinsic right for these animals to exist, and the world will not be the same without them,” Ripple said.

The researchers relied on data from the Red List of Threatened Species compiled by the International Union for the Conservation of Nature. They chose to study large animals because they face more risks than smaller animals. Because of their size, they reproduce more slowly and produce fewer offspring. “As you get smaller and smaller, you get more individuals,” Ripple said. “Also, large animals need large areas for their habitat, whereas the small ones don’t.”

Over the past 500 years, as guns made it easier to kill animals from afar, two percent of megafauna have gone extinct, compared to just 0.8 percent of vertebrates overall, Ripple said. In the past 250 years, nine megafauna species have either gone extinct or disappeared from the wild, including two species of giant tortoise and two species of deer, he said. “In nature, predators have to be in contact with their prey in order to kill them, but humans now have the technology to kill large animals from a distance,” Ripple said.

Among the most threatened large beasts is the Chinese giant salamander, whose extinction is imminent. It grows to six feet and is one of only three living species belonging to an amphibian family that dates back 170 million years, Ripple said. A culinary delicacy in Asia, it has been decimated by hunting, development and pollution.

In addition to meat, these animals are hunted for body parts which are kept as trophies or sold for use in traditional medicine, Ripple said. Meat and body parts are often traded commercially — and not always legally — or used locally for food. “There is a wide range of things that happen, ranging from legal and illegal trade down to locals using the meat in their subsistence,” Ripple said.

Most threatened megafauna live in Africa, Asia and South America, or in international waters. Ripple said that “in the United States, we have very strict fishing and hunting regulations, so it’s not an issue.” He added, “In these other countries, there are many different types of harvesting, some of it legal, some of it illegal and some of it unregulated. It depends on the country.”

Ripple said that trying to save the remaining megafauna will be difficult and complicated, but he believes we must try. “There will be economic arguments against it, as well as cultural and social obstacles,” he said. “But if we don’t consider, critique and adjust our behaviors, our heightened abilities as hunters may lead us to consume much of the last of the Earth’s megafauna.” He recommended a coordinated effort among world governments to preserve them, such as a regulatory body similar to the International Whaling Commission that was established in 1946 to protect whales and manage whaling practices.

Also, “people need to become aware of the problem,” he said. “Most people don’t know about this issue and how threatened these animals are. I have to be optimistic that, because these animals are so well-loved, humanity will take steps to save them.”