A new study has some surprising findings on car fires

An analysis from an insurance group ranks the likelihood of fires in EVs, hybrids, and combustion-engine vehicles. Here's what they found. 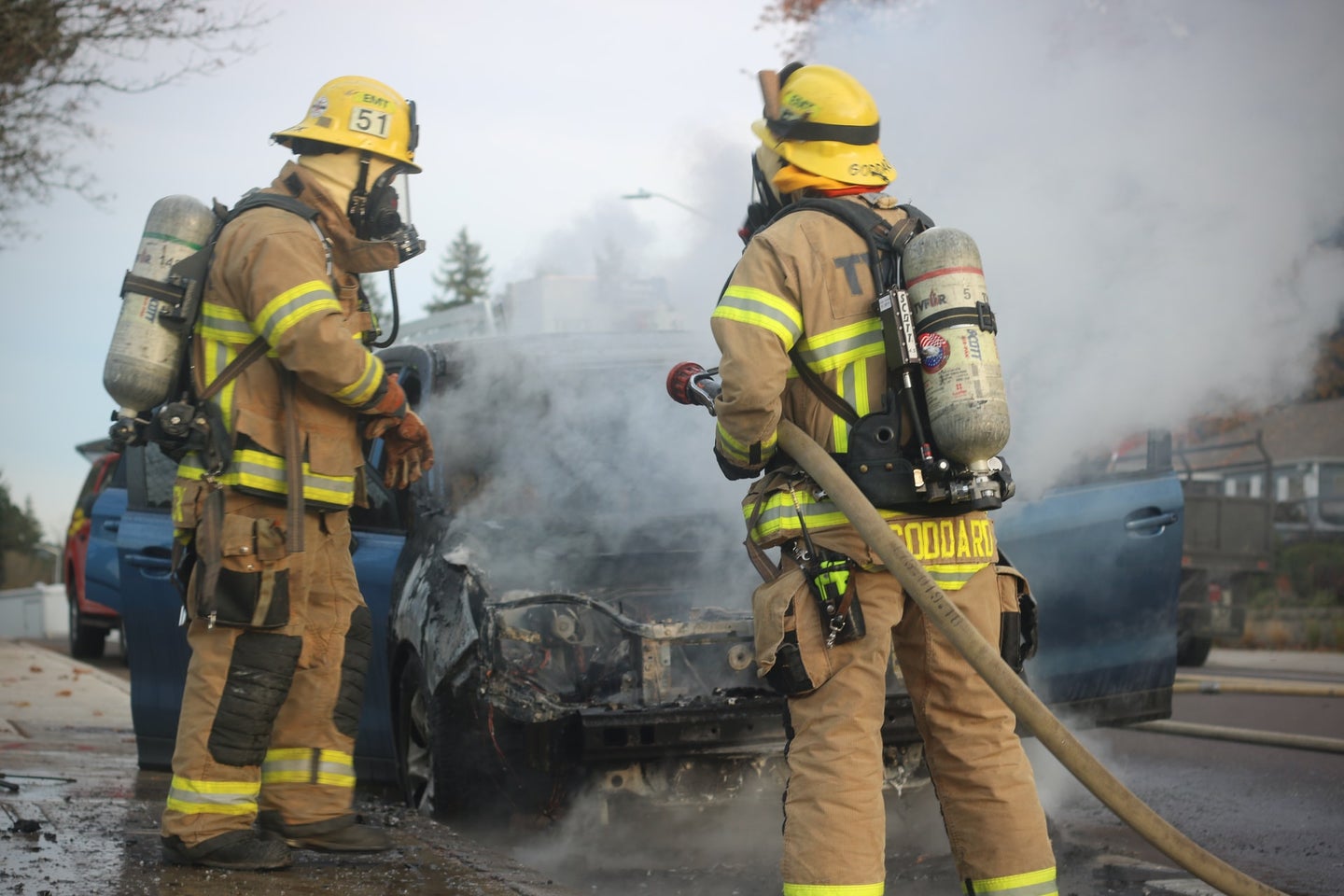 A new study suggests that EVs catch on fire at lower rates than their gasoline-powered counterparts. Photo by Riley Edwards on Unsplash
SHARE

Car fires are a hot topic, especially when the vehicles on fire are electric. Last year, General Motors had to recall all of its Bolt electric vehicles because more than a dozen of them caught on fire, an issue that cost LG, which makes the batteries in the vehicles, around $2 billion. When a vehicle like a Tesla catches on fire, it makes headlines.

While it’s clear that electric vehicles pose unique challenges to the emergency teams fighting them—the blazes can be persistent and hard to snuff out for good—one issue that’s less clear is whether they’re more likely to catch on fire than a car with a traditional combustion engine in it.

A recent report by an online car insurance marketplace, AutoinsuranceEZ, shed some light on the issue, although it’s likely not to be the last word on the topic. Researchers at the company analyzed data from the National Transportation Safety Board (NTSB), and to account for the fact that the numbers of combustion-engine cars and EVs on the roads are vastly different, they factored in the car sales of different vehicle types. The resulting analysis found that per 100,000 cars sold in each category, electric vehicles had the lowest number of fires. Hybrid vehicles had the highest risk ratio for fire, and traditional cars were in the middle.

Paul Christensen, a professor in the School of Engineering at Newcastle University in England, studies the issue of electric vehicle fires and acts as an advisor on the topic to emergency responders. “At the moment, I believe that spontaneous fires are less likely to occur in electric vehicles than they do in conventional, diesel or petrol vehicles,” he says. “But the problem we have is that the data collection has been very patchy—and we don’t have sufficient data as of yet.”

“There’s so much hype around electric vehicles, when they do go up,” he adds, a problem that makes the ground truth on the issue harder to discover. He says that when focusing on “the reported incidents” on the topic, EVs do seem to have lower rates of fires.

“My view is that electric vehicles are not more dangerous,” he says. “They just cause completely different challenges.”

[Related: How the DOT wants to prevent thousands of traffic deaths]

Some of those challenges were spelled out in a report that the NTSB publicized early last year. A video from the agency notes that emergency responders in the US tackle around 170,000 vehicle fires annually. It highlights three distinct safety issues that specifically pertain to EVs and fire: thermal runaway, battery reignition, and stranded energy, which refers to energy that’s left behind in the batteries after a fire. One 2017 case in Lake Forest, California exemplifies the fact that the fire in an EV can start up again after being extinguished. “The battery reignited while responders were winching the car onto the tow truck—new short-circuits were created when the battery shifted, causing the fire to restart,” summarised Thomas Barth, an engineer and highway investigator with the NTSB, in the video.

Christensen, who advises rescue crews on how to respond to electric vehicles, has counterintuitive advice that he stresses is his personal opinion and not official policy: “Let the bloody thing burn,” he says. “As soon as one [battery] cell goes into thermal runaway, and it propagates, that vehicle is a write-off, so why risk your life?”

As for the report from AutoinsuranceEZ, Christensen says he was surprised to hear that hybrids topped the charts in that study when it comes to fires, but not surprised to see EVs at the bottom. Laura Adams, a senior analyst with AutoinsuranceEZ, attributes the relatively high rate of fires they saw in hybrid vehicles to the “combination of technologies under the hood” that those types of cars have. As with all studies, this represents just one set of findings at one point in time—expect more research on the topic to surface in the future, especially as EVs continue to penetrate the market.