Why Dyson is going all-in on solid-state batteries

We spoke with James Dyson about his company's pursuit of this next-gen battery type to power its gadgets of the future. 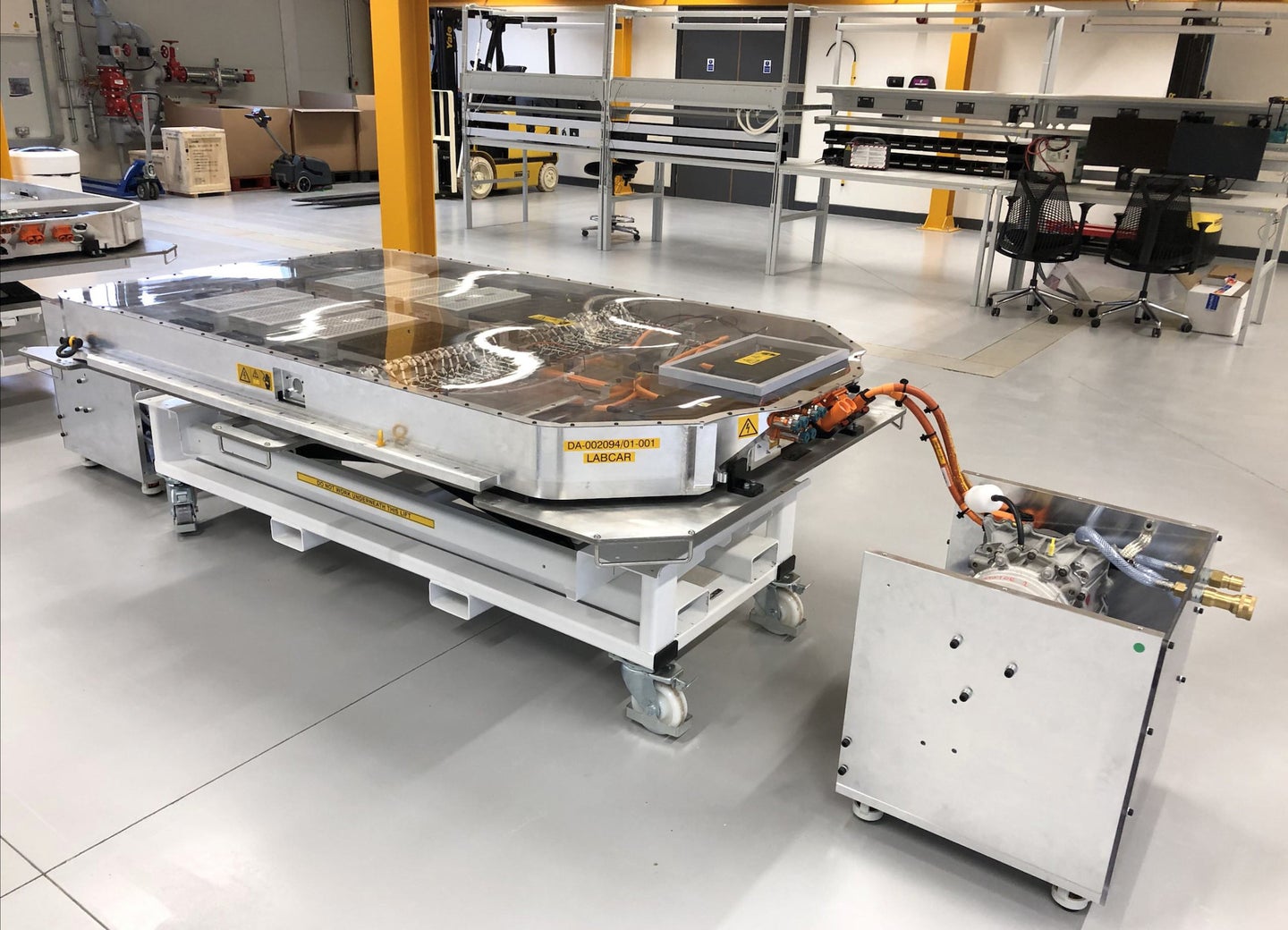 The battery pack for the Dyson car, which never went on sale. Dyson
SHARE

Lithium-ion batteries power an abundance of modern devices, from electric cars like a Chevy Bolt, to iPhones, to handheld vacuum cleaners from the likes of Dyson.

In fact, in James Dyson’s new memoir, Invention: A Life, he notes that at one point, around 2012 to 2014, his company—famous for its battery-powered vacuum cleaners, as well as other gadgets—was “consuming something like 6 percent of the global supply of lithium-ion batteries.”

That’s just one fascinating detail in a volume that recounts Dyson’s trailblazing career: In his early days, he sold a boat called the Sea Truck, then he invented a new kind of wheelbarrow called the Ballbarrow, and eventually created a vacuum cleaner design that employs cyclones—rapidly spinning air—to separate out the dirt, instead of relying on a bag to do that job.

Dyson also devotes a chapter to the company’s electric car, which it developed but did not sell; he also writes about the company’s work on developing better batteries. “One of the reasons—not the only reason, but a subsidiary reason—we stopped the car,” Dyson says, “is that we’ve got to invest very heavily in our new solid-state battery technology, which is undoubtedly what will go on to transform transportation as it gets more efficient.”

A solid-state battery has a key difference from the traditional type of lithium-ion batteries that are common today—more on exactly what they are in a moment. “The potential of that technology is undoubtedly the future, for batteries at least,” he says.

“We’ve got a lot of battery-operated products coming online, not just in our current field,” he adds, “but in other fields, for which these batteries will be an essential and really important part.”

Products with its next-gen batteries will be debuting “pretty soon,” he says.

Here’s what to know about what a solid-state lithium-ion battery is—why it promises to be a step forward from the way regular lithium-ion batteries work, and why the new tech could be an asset in a device as quotidian as a hand-held vacuum cleaner.

How does a regular lithium-ion battery work?

At its most simple, a basic lithium-ion battery cell contains two electrodes. One is the positive electrode, or the cathode. The other is the negative side, or anode. And tiny lithium ions, which have a positive charge to them, play a key role in how the cell functions.

When the battery is charged, lithium ions are on the negative side; the most basic kind of lithium-ion battery stores those ions in graphite in the anode. That graphite is “a bunch of sheets of hexagons that are connected,” says Greg Less, the technical director of the University of Michigan Battery Lab. “The lithium ions slide in between those sheets, and find a place where they are comfortable.”

When you charge a battery, electrons flow from the wall socket and make their way to the negative side of the battery and the graphite sheets. Meanwhile, the positively-charged lithium ions are on the same side, balancing out the negative charge of the electrons.

[Related: GM is recalling all its Bolts, but there’s no need to panic about EV safety]

When you use the battery to do something, like power a motor in an electric car, the electrons flow out of the cell through a circuit, and the lithium-ions inside the battery move to the other side of the battery cell. Now those lithium ions are over on the cathode. The process continues when you charge the battery again and the ions move back over to the anode.

“We’re pushing electrons back and forth through the external circuit, and pushing positive ions back and forth inside of the cell,” he says. This animation from the US Department of Energy shows the process well; the positive electrode (the cathode) is on the left.

As the lithium ions shuttle back and forth within the cell, they travel through a liquid electrolyte, like swimmers in a pool of water. Finally, a separator inside the cell keeps the two sides separate. It allows lithium ions to pass through it, but not electrons.

[Related: The enormous cost of the Bolt EV recall is falling on LG]

A solid-state battery replaces the liquid electrolyte—the pool of water that allows the lithium-ion swimmers to travel back and forth—with a solid one.

So why would this tech be helpful in a device like a vacuum cleaner?

The upshot of all this is that a solid-state battery could be a better way of powering something like a Dyson vacuum cleaner or possibly an electric vehicle one day. “The advantages are clearly the energy density, and perhaps the safety,” Less reflects.

Because a solid-state battery would be more energy-dense, it could hold more of a charge, meaning that the electric vacuum you’re holding in your hand and pushing around your home lasts longer. “If you can put more power into a cordless vacuum cleaner, that’s huge,” Less says. “Trying these high-energy-density cells into a vacuum cleaner, or power tools, makes a lot of sense.”

Ultimately, Less doesn’t see solid-state batteries as necessarily replacing every kind of battery there is. For example, people still use regular alkaline batteries in their remote controls, and combustion-engine cars still have a lead-acid battery in them to get the vehicle started. Solid-state lithium-ion batteries may be best used to power something like a vacuum cleaner for now, before moving them into a bigger item like an electric car.

“You’re not going to realistically start with electric vehicles with solid-state,” he says, “you’re going to take the baby step and do a household item like a vacuum cleaner.”