It's the most fun you can have learning about tech (until someone invents a technology-oriented puppet show). 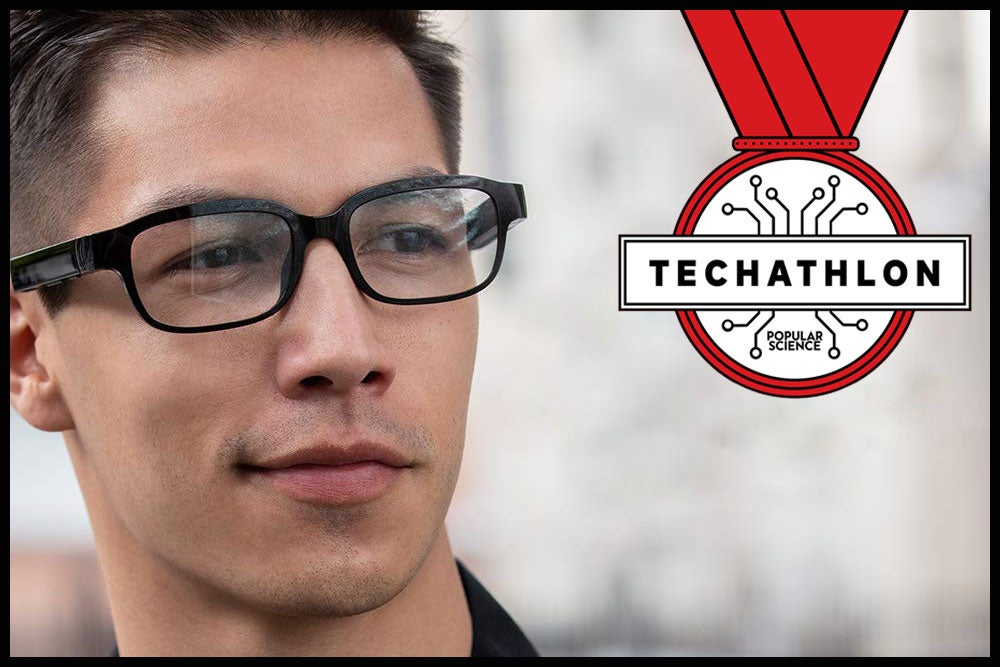 Back in Kindergarten, my class used to have to bring in objects that were important to us for show-and-tell. Some kids brought sports trophies or souvenirs from vacation. But one time, a particularly popular kid got up in front of the class and subjected everyone to a painfully long presentation about his snow boots. It was nearing summer and there was nothing really interesting about the boots at all. Midway through the talk, it became clear—even to the rest of our six-year-old brains—that this kid nearly forgot about show-and-tell and just grabbed something on his way out of the house. But we all gave him a pass, even the teacher, mostly because he was cool and we didn’t want to get on his bad side.

I was reminded of this moment last week, right around when Amazon was announcing its Alexa-powered ring. It built-in microphones and allows users to talk into their cupped hand as if it was a connected internet device, but by that point in the presentation the company had already unleashed literally dozens of products and things were just getting weird. When you’re as big and powerful as Amazon, though, you can get away with it.

It can be easy to forget just how massive Amazon really is, so this week’s episode of Techathlon includes an Amazon-inspired installment of a game we call Don’t Stat Me. How many pairs of headphones did the company sell last Prime Day? Just how many Alexa devices are out there in the world anyway? What happened to that kid who brought his snow boots in for show-and-tell? Find out the answer to two out of three of those questions—and a whole lot more—by listening to this week’s Techathlon.

You can listen in the player embedded above, subscribe on Apple Podcasts, add us on Stitcher, follow us on Anchor, and even find us on Spotify. You can also follow us on Twitter if you want to talk trash.

Regular contestant Rob was down in the maintenance bay during this week’s show, so our pal Sandra stepped in to play along. This week’s questions cover everything from Ford’s latest self-driving car initiative to Facebook’s immersive virtual reality world in which we’ll all probably live someday. Play along and tweet your score in the most belligerent way possible.

This week, we’re pouring one out for MoviePass, the ill-fated service that promised us unlimited trips to the movie theater for one low price, then ultimately delivered a lot of frustration. It’s a sad story, but it’s not unfamiliar. The tech world has a long history of lofty promises with disappointing endings. In this game, we’ll look back on some of the most egregiously broken vows.