But they still suck a lot less than a delayed train 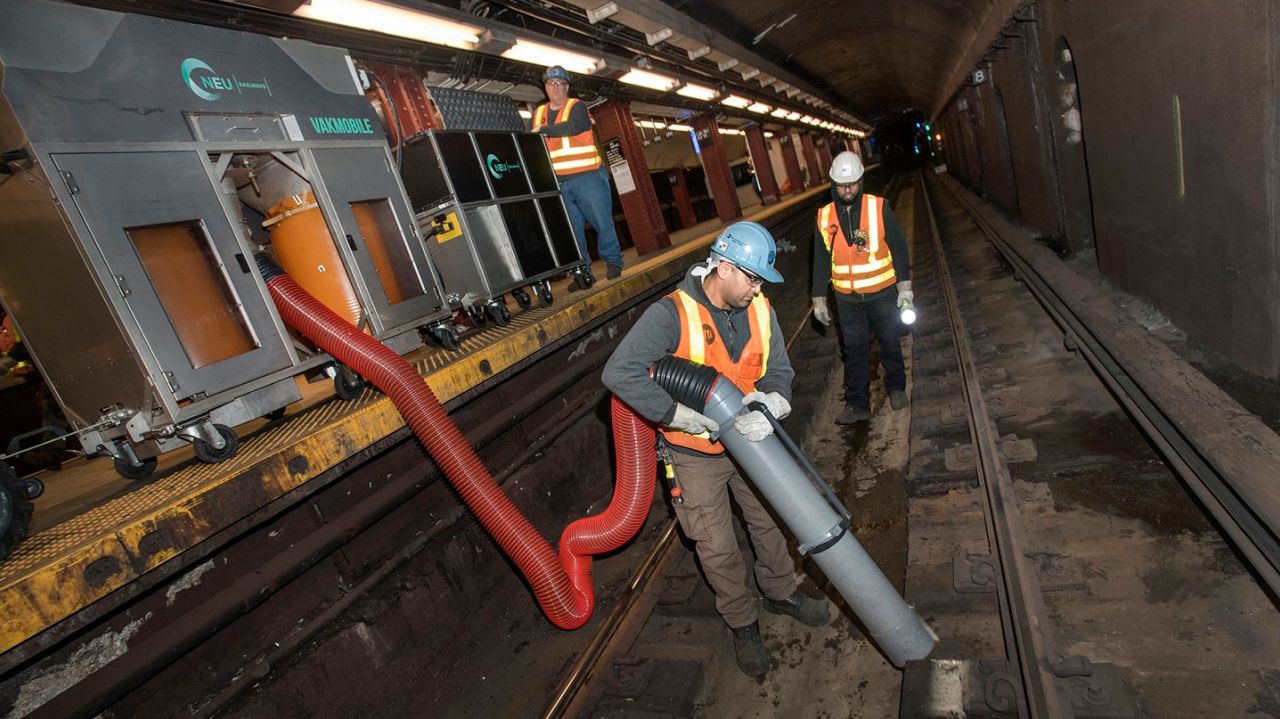 New York City’s transportation problems are being vacuumed away. Or at least, the Metro Transit Authority hopes they are.

The city is currently testing two portable vacuum prototypes to help suck up 80,000 pounds of trash left in subway stations and on the tracks everyday. The trash causes delays, lowers air quality in the stations, and nourishes vermin.

But developing a vacuum capable of handling that much trash and operating in the narrow confines of the underground system is no easy feat. “The [MTA] wanted it to be as portable as possible. They didn’t want to trip over the wires or have to plug into a power source,” says Doan Pendleton, a representative of VAC-U-MAX, which is manufacturing one of the super-sucker prototypes the MTA is testing.

VAC-U-MAX and a French company, NEU, both decided on lithium iron phosphate batteries, which are long-lasting and rechargeable. These batteries—which at 900 pounds are still a far cry from what you’d find in a handheld Hoover—reportedly allow for easier transport between the city’s 472 stations than ever before. Once at the cleaning site, operators pull the giant vacuum tubes (which look like an oversized tampon applicator) out of their storage train and onto the tracks, sucking up all the trash below.

The MTA faces an uphill battle in cleaning up its 662 miles of track, which are destined to continue accumulating new trash like crazy.

“What people don’t realize is that the subway system is just a giant vacuum. [The cars] are pushing air and pulling air,” Pendleton says. Everything tossed inside the station—empty soda bottles and huge numbers of those darn free newspapers—can eventually be pulled onto the tracks.

When the trains run over the debris at high speeds, the resulting small fires can cause delays that ricochet across the transit system, leaving “straphangers,” as New York City’s subway commuters are called, late and angry.

The debris also feeds the subway’s thriving rodent population. By vacuuming up the animal’s food source (and, one must assume, a few rats themselves), the MTA may starve some of them out—or at least compel them to move elsewhere. And even if the rat population remains unchecked, the new machinery promises to clean up the rodent hair and poop currently coating the underground.

And thank goodness. Just as newspapers from the station steps can be pulled onto the track by the subway’s endless pushing and pulling of air, the crud on the tracks can also be pushed back out onto the platform. That’s why the vacuums are also designed to collect the copious amounts of steel dust generated by train cars—whenever an operator puts on the brakes, the metal wheels and tracks rub together and send metallic particles into the air—which might otherwise be inhaled.

A 2004 study from Columbia and Harvard showed that New York City’s subway station air had 100 times higher levels of iron, manganese, and chromium than the air in an average New York City home or outdoor space.

The study authors reassured New Yorkers that there are still no known health effects of intake at these levels, and encouraged them to continue to use public transit. But researchers, commuters, and MTA employees have pushed for further research on the dust—and better management of it in the meantime.

The MTA will also be introducing three new vacuum trains in late 2017 and 2018. The vacuum trains move along like a passenger train, but instead of taking in businesspeople, students, and tourists, they collect 14 cubic yards of trash each day.

These two vacuum methods, combined with 27 new “refuse cars” for hauling trash, could be a real win for commuters. In the meantime, take pity on the rats. They don’t know what’s coming.