Boeing 787 Batteries Same As Those In Electric Cars? Umm, No

The FAA has grounded all 787s after a string of fires in their lithium-ion battery packs. But these batteries are very different from the ones in electric cars. 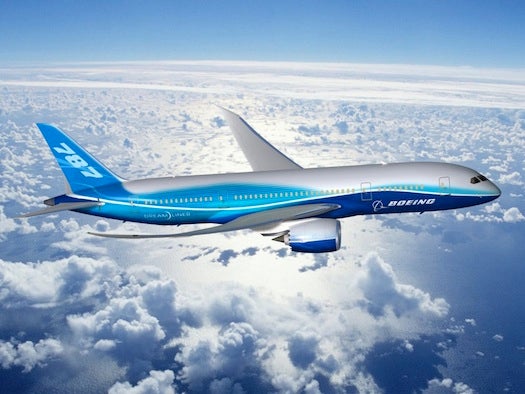 Gird yourself: It’s possible we’re about to see a new wave of attacks on electric cars that ignore battery science.

This time the culprit is the troubled Boeing 787 Dreamliner aircraft. The FAA has grounded all 787s after a string of fires in their lithium-ion battery packs; other countries have done the same.

Which has led at least one supposedly authoritative commentator to say that Boeing is having the same battery problems as those “that have shown up in electric cars.”

The problem is that the two types of batteries are, in fact, quite different.

Here’s the offending quote, from Paul Czysz, professor emeritus of aeronautical engineering at St. Louis University, as cited in a Boston Herald article this morning:

“Unfortunately, what Boeing did to save weight is use the same batteries that are in the electric cars, and they are running into the same problems with the 787 as the problems that have shown up in electric cars.”

The author of the Boston Herald piece then went on to describe a 2011 fire in a Chevy Volt crash-test car that occurred several days after it was wrecked and rotated through 360 degrees by the National Highway Traffic Safety Administration.

In January 2012, the NHTSA closed an investigation into Volt fires, concluding that “no discernible defect trend exists” and that “modifications recently developed by General Motors reduce the potential for battery intrusion resulting from side impacts.”

Here’s the problem: While the battery cells in Boeing 787s and, say, Chevrolet Volts are both in the lithium-ion family, they use very different chemistries.

You can think of lithium-ion cells rather like motor vehicles: They all do some variation of the same thing, but there are many different types, sizes, shapes, and different technologies to make that happen. Consider the difference between gasoline and diesel engines, for example.

The cells in the 787, from Japanese company GS Yuasa, use a cobalt oxide (CoO2) chemistry, just as mobile-phone and laptop batteries do.

That chemistry has the highest energy content, but it is also the most susceptible to overheating that can produce “thermal events” (which is to say, fires).

Only one electric car has been built in volume using CoO2 cells, and that’s the Tesla Roadster. Only 2,500 of those cars will ever exist.

While chemistries based on manganese, nickel, and other metals carry less energy per volume, they are widely viewed as less susceptible to overheating and fires.

So if you see coverage of the Boeing 787 battery fires that says anything at all about electric cars, do consider dropping a friendly note to the reporter involved.

It may be unreasonable to expect every reporter in the world to know that “lithium-ion batteries” are a family of very different chemistries.

Science reporters, on the other hand–let alone engineering professors–really should know better.

You have been warned.