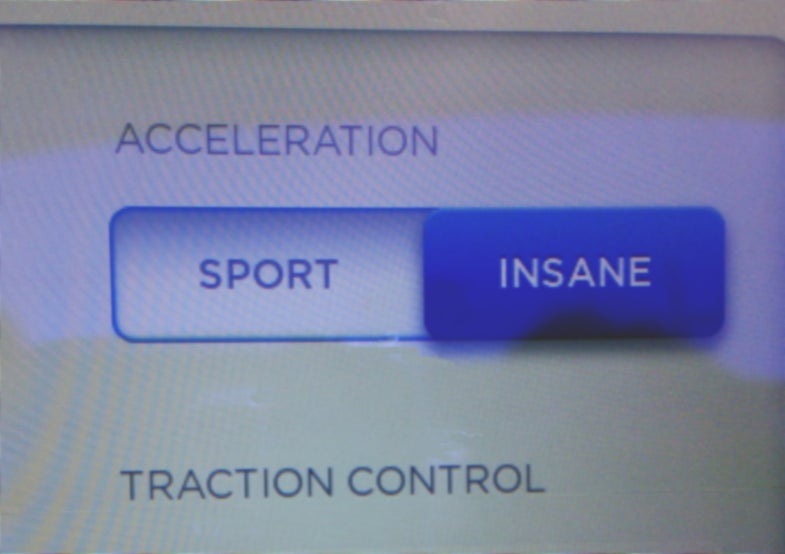 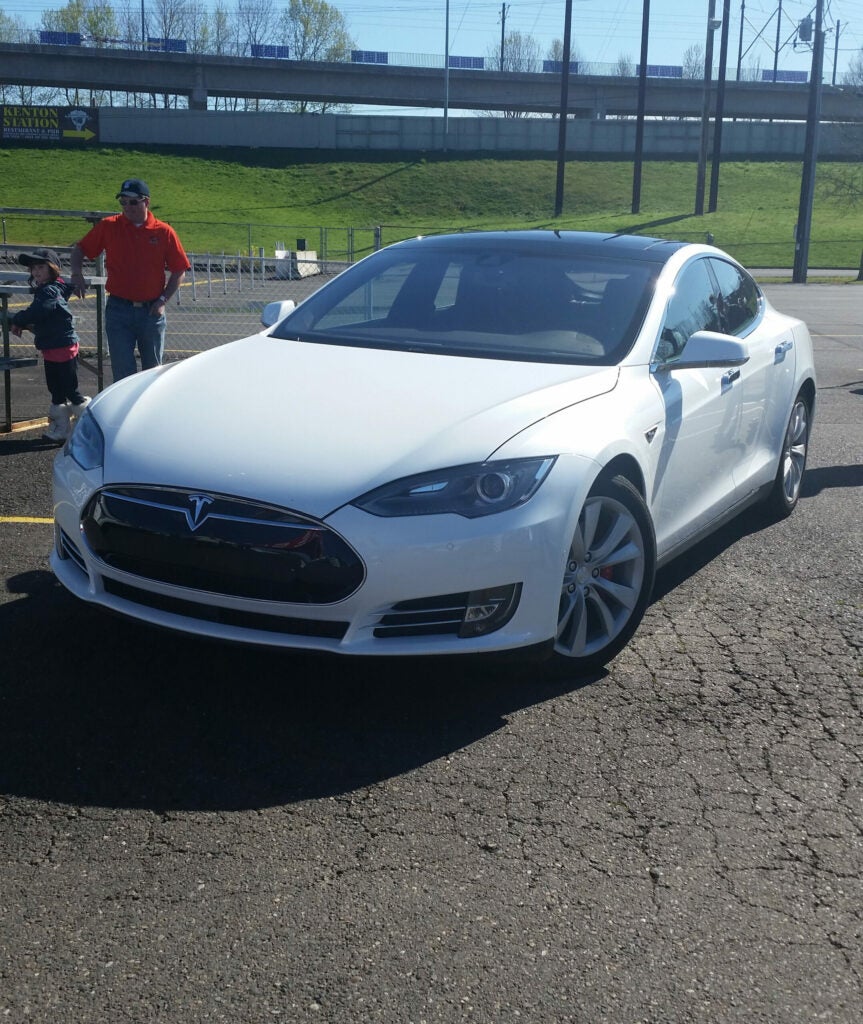 I hopped into the back seat of the new Tesla Model S P85D as it was headed out onto the track at Portland International Raceway. Eric Peterson, our driver and the founder of Dream Drives for Kids turned to make sure we were all strapped in. Gideon, a recent patient at Doernbecher Children’s Hospital, was ready in the passenger seat; his little sister Leah was belted into a car seat between me and the kids’ mom. Peterson helped Gideon count down: 5…4…3…2…

On one, Peterson mashed the pedal, and we were all thrown back against our seats, though the car made barely a sound as we raced down the drag strip. Electric cars have all of their torque available all of the time, and the latest edition of the Model S has it in spades. When you put it into “Insane Mode” — which is really what the button on the 17-inch console screen says — you get 50 percent more power than Sport mode. That translates to 0-60 mph in 3.2 seconds, a full two seconds faster than the 85D.

The P in P85D is for performance, the 85 is for the 85-kWh battery, and the D is for dual. To achieve all-wheel drive traction and performance, Tesla added high-performance motors front and rear that together make 691 horsepower, plus a sport-tuned suspension to handle whatever you’re going to throw at it. 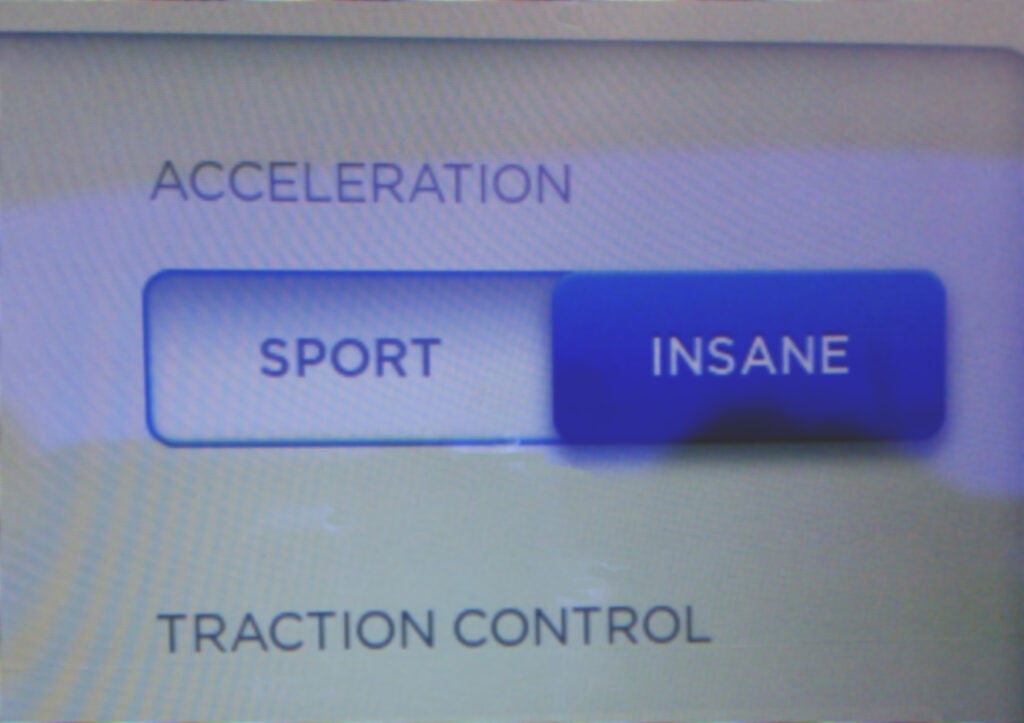 When it’s being driven by a reasonable human being, the P85D is rated by the EPA to reach 253 miles per charge; if, however, the driver wants to take full advantage of both motors with nary a thought of range anxiety, the car does have a 155-mph top speed. But anyone who ponies up for the extra power–the P85D is $31,000 more than the base 60-kWh Model S–will make the most of all possible jackrabbit starts. Tesla keeps a lid on the exact amount of torque available in the P85D, but Drag Times put one on a dynamometer and came up with a massive 864 pound-feet of torque.

Eric Peterson knows this car’s performance capabilities as well as he knows all twelve turns at Portland. Just before he lifted off the accelerator on the first straight, tiny Leah leaned forward in her car seat, fists raised, and let out a yell of joy.

“You all right?” Peterson asked Gideon in the passenger seat.

“Faster!” yelled Gideon. Peterson was happy to oblige as the Model S P85D rocketed into the bend.