How to link your motorcycle to your smartphone

Rever introduces the RLink device to sync with its app. 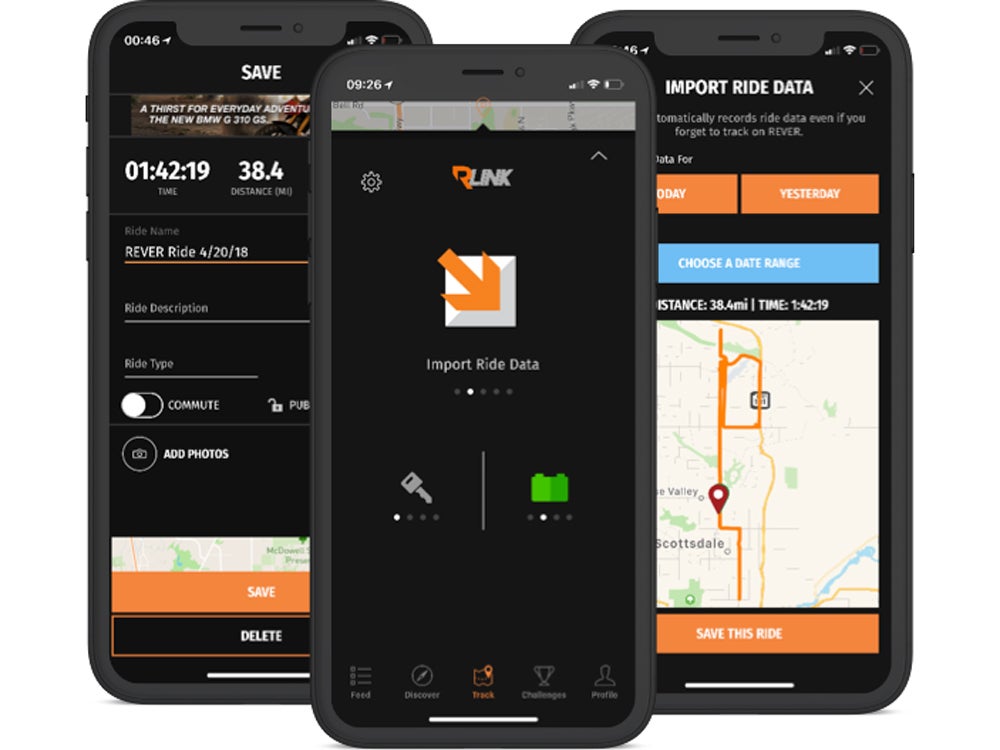 This article was originally published by Cycle World.

Worldwide shipments of smartphones reached 1.5 billion units in 2017, from 680 million units sold in 2012. Statistics show that more than 28 percent of the world’s population owned a smart device in 2016, expected to increase to 37 percent by 2020. TechCrunch reported in mid-July that Apple’s App Store continues to outpace Google Play on revenue, with $22.6 billion in worldwide gross app revenue on the App Store versus $11.8 billion for Google Play, or 1.9 times more spent with Apple compared to Google. And now developers are introducing devices to make motorcycles smarter as well.

How The Rever RLink Works

Once you’ve installed the GPS tracker’s three-wire harness to your battery, and synced it with the Rever app, if someone touches your bike, starts it, or moves it you get notified on your smartphone. You can also check your battery level and, coming soon, other diagnostics in real-time. RLink also helps authorities track your bike anywhere in the world if it gets stolen by sharing a map pin.

On the less serious, non-security side, the $299.99 RLink (or $259.99 for Rever users) also allows you to automatically track your rides to share with friends later, or provide family and friends with live tracking in a new feature coming soon. Data nerds will also appreciate the ability to automatically track and save all of their rides and riding stats, such as speed and distance to their own private cloud, provided by Rever as part of its monthly membership plan. Subscriptions range from $10.99 monthly for a two-year plan, to $14.99 monthly.