It will go up for sale in the U.S. for the first time in more than two decades. 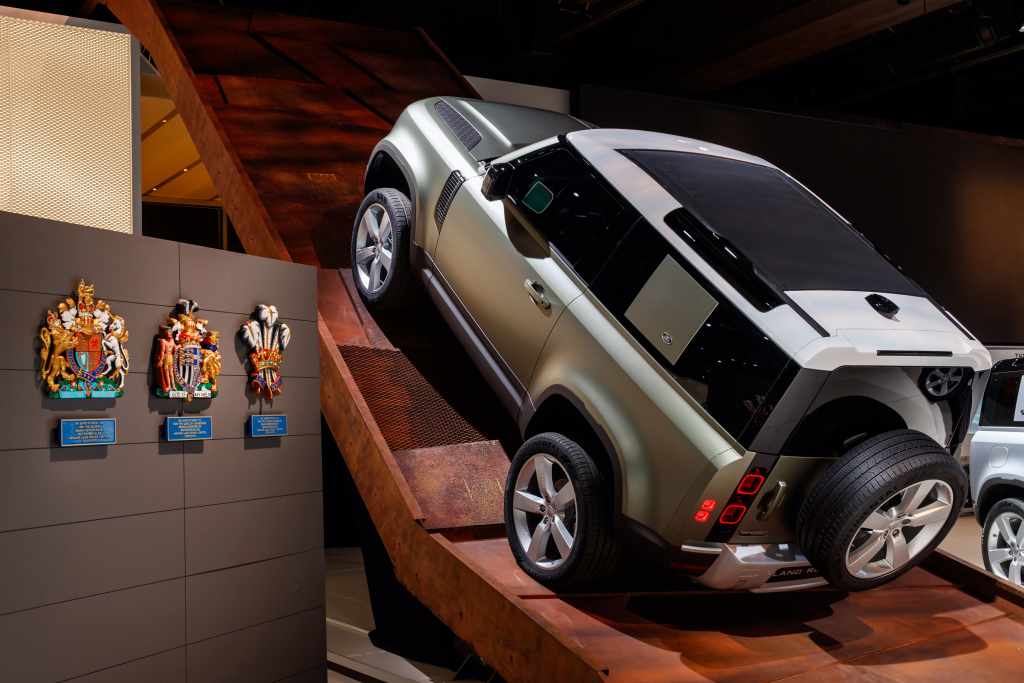 The Land Rover Defender is back. After a brief hiatus that saw the original iconic Land Rover cease production at the end of 2016, one of the world’s most recognizable 4x4s is back in all-new, but still unmistakable, form.

Most importantly for prospective U.S. buyers, this new Defender has been designed to meet our stringent government regulations, so for the first time in 21 years, the Defender will be in the showrooms of American Land Rover dealers.

Land Rover has already launched an online configurator to fire the imaginations of would-be buyers, who can fiddle with the exact equipment they would have for their own perfect Defender.

While the original Defender forged its reputation as an anvil-tough implement, the new one is packed with sophisticated technology. This isn’t technology for the sake of an impressive spec sheet. The 2020 Defender’s tech augments its off-road capability, protecting the vehicle and its occupants from off-road mishaps.

The Terrain Response 2 is a key addition, which lets the driver optimize settings of the transfer case and of the center and rear differentials to maintain traction no matter the terrain. In automatic mode, Terrain Response 2 can even identify the conditions and choose the best settings with no input from the driver. This is in contrast to the original Defender, which required the driver to lock the center differential manually.

Wade Sensing tech detects when you’ve driven the Defender into water. It can ford depths of three feet, but Land Rover wants it to take appropriate measures when it does. Changes include slowing response to throttle inputs to ensure smooth progress, switching the HVAC system to recirculate to discourage any water from coming inside, and putting the forward camera view on the Defender’s dashboard display to help the driver monitor the depth of the approaching water. Upon leaving the water, Wade Sensing automatically drags the brakes briefly to clean and dry the rotors so they’ll be ready for maximum performance if needed.

On the topic of braking, the Defender has gone to a brake-by-wire system that uses a hydraulic actuator commanded by brake pedal input, an arrangement we’ve seen previously on the Acura NSX, among other cars. Land Rover says this lets the system react more quickly in emergency braking situations, cutting brake response time by half, from 300 milliseconds to just 150 ms.

The Defender’s 10-inch central infotainment display pairs with the 12.3-inch instrument panel display ahead of the driver and the full-color head-up display on the windshield to convey a variety of information to the driver. The central display supports Android Auto and Apple CarPlay for using smartphone applications, while the on-board 3D GPS navigation can be shown on the instrument panel display.

Previous models employed a traditional body-on-frame construction, but Land Rover chose an aluminum unibody design for the new Defender that increases stiffness roughly 300 percent. By reducing the uncontrolled springing action of the twisting frame by so much, it makes it that much easier for engineers to design the Defender’s suspension to cope with the terrain it encounters.

That chassis rolls on a selection of wheels that start with 18-inch steel wheels that will appeal to fans of functionality, while the top-of-the-line 22-inch aluminum focus on the aesthetics.

As before, the Defender will be available in two configurations, the 90, with its short, maneuverable 90-inch wheelbase, and the 110, with its more spacious, practical 110-inch wheelbase. It will also come with either of two engines, the 296-horsepower turbocharged 2.0-liter inline four-cylinder P300 and the 395-hp turbocharged and electrically supercharged 3.0-liter inline six cylinder P400. The P400 also features a 48-volt mild hybrid belt alternator starter system that recovers energy for storage in a lithium-ion battery pack and uses that power to give the gas engine a boost during acceleration.

The P300 Defender accelerates to 60 mph in 7.7 seconds, while the P400 gets to 60 mph in just 5.8 seconds. Both engines are mated to a ZF-supplied 8-speed planetary automatic transmission and two-speed transfer case that provides the low range for off-road driving.