The Hellephant engine will cram 1,000 horsepower into your car—if you can fit it

Mopar’s crammed lots of power into this crate beast. 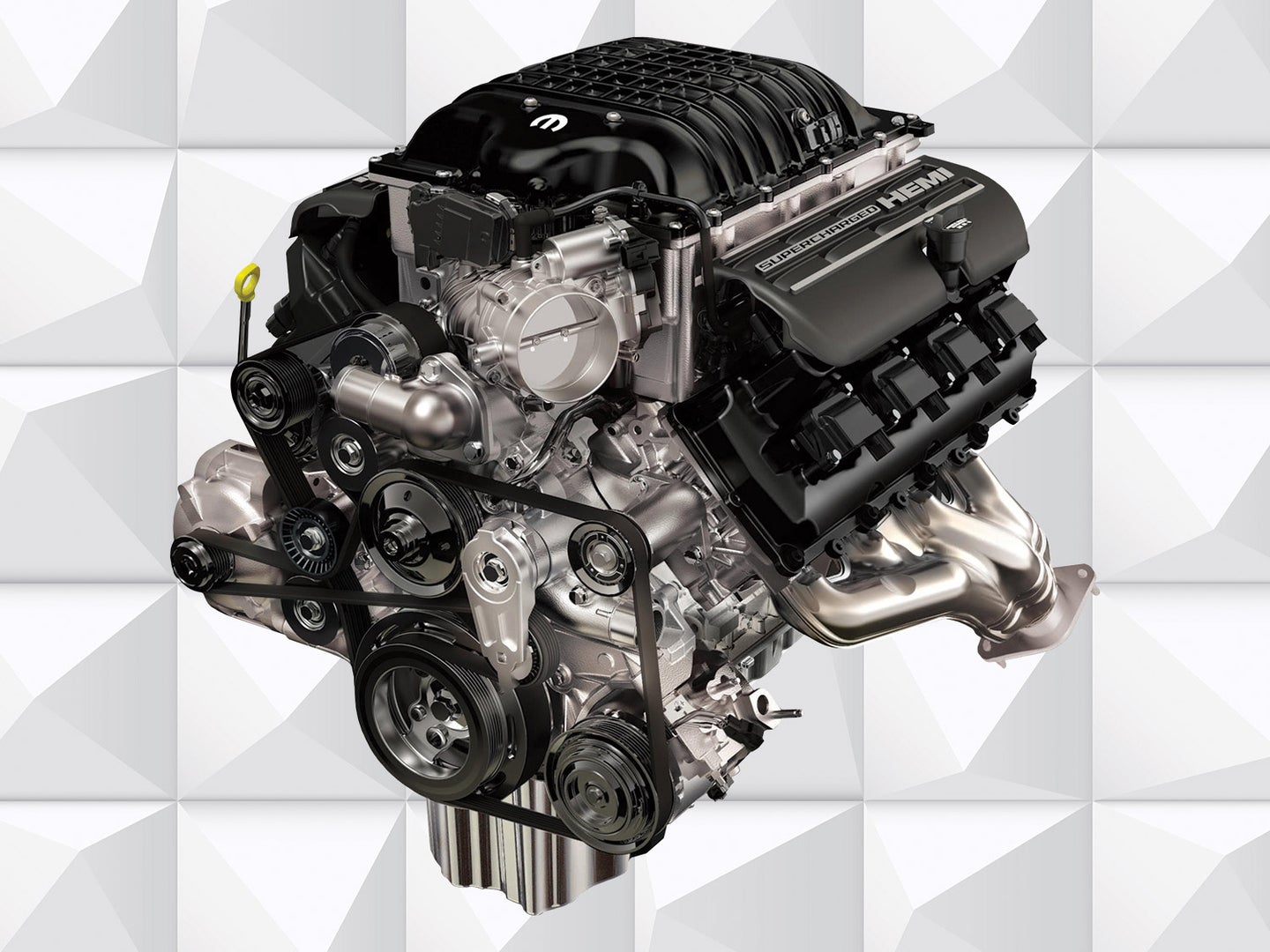 You can steadily up the performance of an old muscle car with tuning tricks and bolt-on parts. Or you could jump straight to 1,000 horsepower by dropping a crate engine like the supercharged Hellephant 426 Hemi from Dodge under the hood. It comes as a kit with what you need to plug into a car with the right stuff to handle its size and massive power. Getting a block like this to generate roughly five Toyota Camrys-worth of ponies wasn’t easy though. Here’s how they did it.

Combustion needs room to boom. This V-8 has 426 cubic inches of cylinder space (a metric known as displacement). It’s not the biggest engine in the world—or even in Dodge’s lineup—but it’s strong, which is crucial when supercharging.

More oxygen in the engine equals more explosive power. A massive 3-liter supercharger forces more air into the belly of the monstrous beast. It generates 15 pounds per square inch of boost, providing extra ­giddyup the second you tap the gas.

Many performance motors require ultra-​high-​octane racing fuel to generate all those ponies. But because Dodge also aimed the Hellephant at pre-1976 road cars, it tweaked the engine so it will still hit its peak on 93-­octane fuel from the corner gas station.

Stand on the gas, and this powerplant can generate up to 950 foot-pounds of torque. That’s enough rotational force on the transmission to obliterate a regular gearbox or even twist a car’s frame—so don’t try and squeeze it into your old Ford Focus, OK?