Why You Shouldn’t Fear the Electric Car 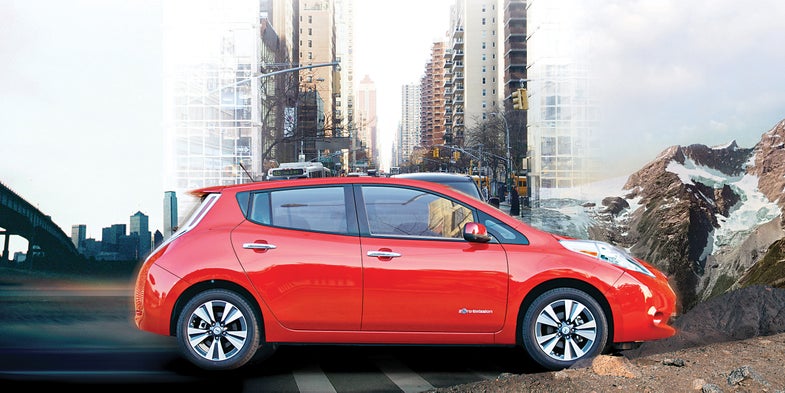 In the quest to get drivers to swap their gas-guzzlers for electric vehicles (EV), the greatest barrier is not the cost. It’s range anxiety: the fear that a battery-powered EV might go kaput mid-trip. Some of that skittishness stems from a lack of clarity into how EVs work. But manufacturers are to blame too. Existing range-estimation systems are, actually, somewhat unreliable, since they depend on limited data sets. To remedy the problem, engineers at North Carolina State University developed an algorithm that’s up to 20 percent more accurate at calculating range. It uses driving habits, weather, terrain, and the battery’s age and condition. Now they’re hoping car companies come knocking: The more drivers know, the more alluring EVs will seem.

200,000: Number of EVs registered in the U.S. More than one-third of those are found in California.

The average American drives less than 40 miles a day, and EVs like the Nissan Leaf (above) go twice that far on a single charge. The 265-mile range of the Tesla Model S is the industry’s gold standard.

“Few buyers want a first-generation anything, but drivers are more willing to adopt second or third generation EVs.”

—Tom Turrentine, Director of the Plug-In Hybrid and Electric Vehicle Research Center at the University of California, Davis

This article was originally published in the February 2015 issue of Popular Science, under the title “Why You Shouldn’t Fear the Electric Car.”