8 Things You Should Know About Electric Cars 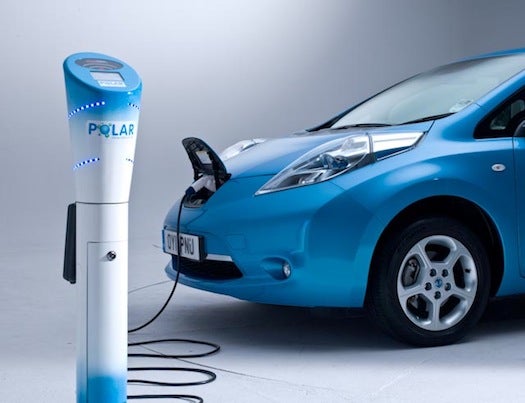 Sometime in the next few weeks, the 100,000th plug-in electric car will be sold in the U.S.

But they’re still mostly a mystery to the average new-car buyer, and there are a few key principles that get shared over and over again.

Here they are, boiled down for easy consumption: eight things you need to know about electric cars.

1. Electric cars cost more to buy than gasoline cars of the same size.

The least expensive plug-in electric car on the market, the 2013 Smart ForTwo Electric Drive, costs twice as much as the entry-level gasoline ForTwo.

2. Electric cars cost a lot less per mile to operate.

3. Some plug-in cars have engines as well; some don’t.

When people say “electric car,” they often think of pure battery-electric vehicles like the Nissan Leaf or Tesla Model S.

But there’s another category of cars that have both a plug to recharge a battery pack from the wall and an engine as well. Sometimes they’re adapted from hybrids–that’s the path taken by Ford, Honda, and Toyota—and other times they are dedicated vehicles, like the Chevrolet Volt.

Most owners of those cars make every effort to drive as many miles as possible on electric power alone—but they have the security of knowing their car won’t be immobile at the side of the road—unless they both deplete the battery and run out of gas.

4. Electric cars are much nicer to drive than you think.

We’re pretty much past the, “Oh, they’re all golf carts” stage. But a lot of drivers don’t (yet) know that electric cars are very quiet (no engine or transmission noises when running on battery power), as well as surprisingly torquey.

Their motors produce maximum output from 0 rpm, so acceleration away from a stop is strong and smooth. Drivers like that.

And the fact that electric cars are a nicer driving experience may be their secret weapon once they arrive in volume.

It’s entirely normal for drivers to worry as they see the number of available miles on a battery electric car ticking down toward zero.

But as experienced electric-car owners will tell you, in general you drive fewer miles each day than you think—and over time, you get comfortable that a fully charged electric car really can deliver that number of miles, reliably, over and over and over.

Electric-car batteries, like people, are happiest at temperatures of around 70 degrees Fahrenheit.

Extreme heat—as in Phoenix, Arizona, where summer road surfaces can reach 150 degrees—and extreme cold (as in the northern third of the U.S. and most of Canada) can reduce range.

Add to that energy-sucking heaters (or, to a lesser extent, air conditioning) and you can reduce your range by a third in very cold weather.

Luckily, California is expected to buy more plug-in electric cars than the next five states combined—and that state has weather that’s pretty close to perfect for electric cars much of the year.

Is Tesla About To Offer Battery-Pack Swapping For Model S?

Why Electric-Car Owners Should Be Happy For New Colorado Tax

What Now For Fisker Karma Owners: Are V-8s Their Likely Future?

7. Yes, there is a long tailpipe–but electric cars emit less.

This isn’t the place to go through the math, but two separate studies have shown that driving a mile on grid power emits less carbon dioxide than a mile in a 25-mpg car.

And in many states, it’s even better than a mile in a 50-mpg Toyota Prius hybrid–the most fuel-efficient car sold today.

8. Yes, you can take them through car washes just fine; deep puddles, too.

Chevrolet even produced a video showing the water trough test it performs on the Chevrolet Volt range-extended electric car to ensure its electric systems stay neatly sealed against any water incursion.