General Motors estimates that the vast recall of the Chevy Bolt will cost $2 billion, but the battery producer will reimburse them. 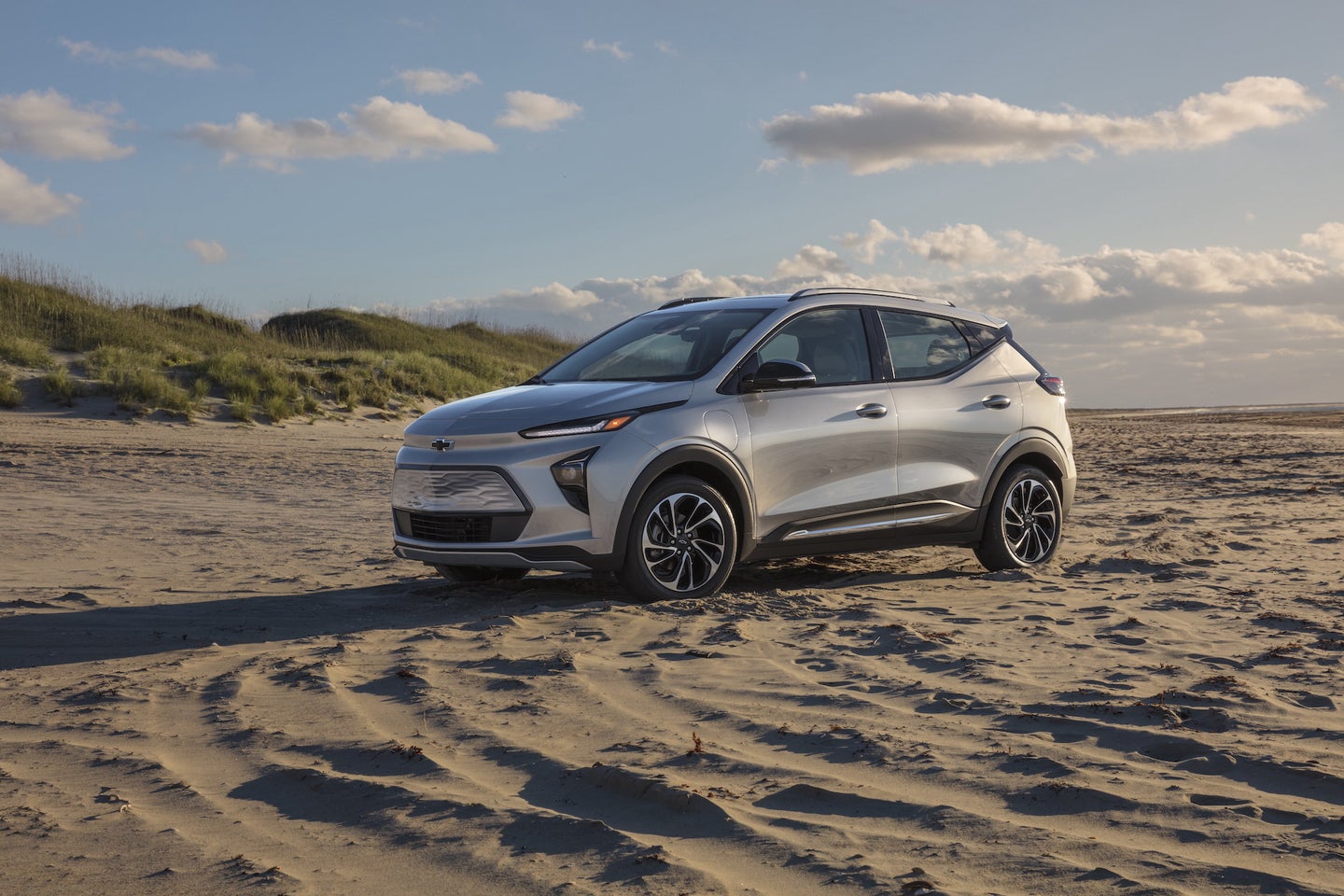 The 2022 Bolt EUV, or Electric Utility Vehicle. All Bolts were recalled in August. Chevrolet
SHARE

In late August, General Motors announced that it was recalling all of its Bolt electric vehicles due to a risk of fire stemming from defective batteries. Today, the automaker said that it will be reimbursed for the costs of that recall from LG, the company that makes the battery cells in the vehicles’ power systems. GM estimates that the recall will cost them $2 billion, although they don’t yet know the precise number.

The issue—which has sparked 13 fires in vehicles, CNBC reported—lurks in the small cells that comprise a vehicle’s battery pack, and two problems that need to coexist in one cell to be a potential hazard. Those two problems are a “torn anode and a folded separator,” GM says.

Late last month, GM said that LG had already started producing cells again at two facilities in Michigan. That timeline suggests good news, according to Greg Less, the technical director of the University of Michigan Battery Lab. “Given how quickly this was corrected after the root cause of the fires was identified, I am fairly confident that something on one of the production machines went out of spec after extended use and needed to either be readjusted or a part replaced,” he notes via email. “I don’t think we will be seeing this exact problem again, now that both the cause and a fix have been identified.”

[Related: GM is recalling all its Bolts, but there’s no need to panic about EV safety]

General Motors also said on Sept. 20 that it hopes to have “advanced diagnostic software,” which will need to be installed by dealers on the Bolts, ready to deploy within about two months. That new code will, according to the company, ideally be able to spot “specific abnormalities that might indicate a damaged battery” and could also help the automaker in “prioritizing damaged battery modules for replacement.” In the meantime, the company has guidance for Bolt owners as to how to mitigate the fire risk and charge safely.

Shilpan Amin, a vice president with GM, said in a statement that they were glad to have come to the deal with LG. Amin added: “Our engineering and manufacturing teams continue to collaborate to accelerate production of new battery modules and we expect to begin repairing customer vehicles this month.”

Fires in electric vehicles are known for their intensity, and it remains unclear whether a blaze is more likely to occur in an electric vehicle or a traditional, internal combustion engine car. One expert told Popular Science in August: “The final answer to whether EV’s are more likely or less likely than ICE [internal combustion engine] vehicles to experience a fire is still years away.” Other information, from Tesla and from a Department of Transportation report, suggests that fires in EVs are less likely to happen than conflagrations in regular vehicles.

Meanwhile, the EV market continues to heat up with the release of Ford’s electric F-150 pickup truck this year, the recent debut of the Rivian R1T, and the upcoming reveal of the Chevy Silverado pickup truck at the Consumer Electronics Show in 2022.