As always, context is important 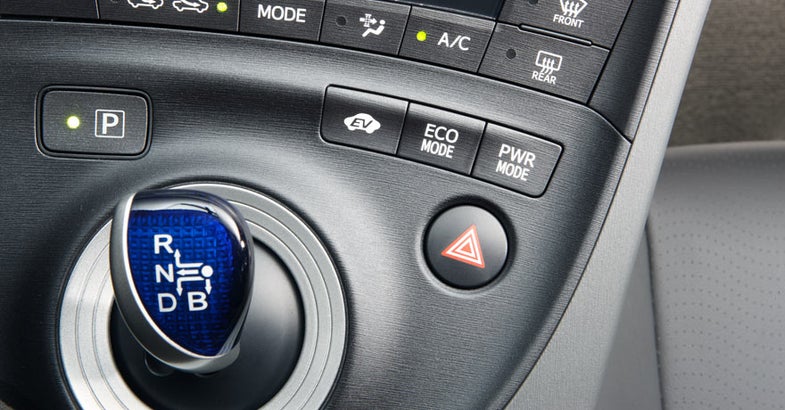 Before the average electric car can travel 500 highway miles on a single charge, we’ll need better batteries than the lithium-ion packs used today. Last week, when Toyota told the press that it was working on a magnesium-based electric-car battery that could beat or even replace lithium-ion, the news dashed across the Internet. But anyone inclined to start calling magnesium the “new lithium” needs to keep a few important things in mind.

One: We know hardly anything about this project except that it is fundamental research—an extremely early-stage lab-scale project. So far, the blogosphere has referred to it as both “magnesium-sulfur” and “magnesium-sulfate,” two subtly different phrases that could refer to a variety of completely different battery systems. One battery researcher who’s working on similar topics tells me that there’s no way of knowing exactly what kind of battery Toyota is talking about. Masaki Matsui, lead scientist on the project, says the only thing he can say is that the battery’s carrier ion is magnesium (Mg2+).

Two: Nearly every big automaker, battery maker, national lab and university materials-science department in the world has a team of PhDs whose lives consist of testing countless combinations of elements in an effort to build a better battery. Why would Toyota start talking about this particular project—which it admits is at least nine years away from yielding anything useful? Maybe there’s no larger strategy here. But consider the timing: The week before last, GM and LG Chem together announced a license on a new and promising lithium-ion battery chemistry from Argonne National Laboratory. GM and Nissan already have electrified vehicles powered by lithium-ion batteries on the market. At CES, Ford finally revealed its long-promised battery-electric Ford Focus, which will also run on lithium-ion batteries. Last Monday at the Detroit Auto Show, Ford stole the show in part by announcing that it would build both a plug-in hybrid and hybrid version of its C-MAX people mover. Both of those vehicles—actually, every electrified vehicle of any kind that Ford builds starting in 2012—will use lithium-ion batteries. Toyota, meanwhile, lags behind in the development of lithium-ion-powered EVs. The plug-in version of the Prius, which begins its slow rollout next year, uses lithium-ion batteries but gets only 12 miles of electric only range—at speeds of under 60 mph. Toyota also has a long history of talking trash on lithium-ion batteries to cast doubt on the worth of electrified cars from GM, Nissan, and others. Undermining lithium-ion technology—by teasing the Next New Thing, and by arguing that even a lithium-ion battery with a theoretically maximal energy capacity is “still not enough to really make a very competitive battery that’s necessary for future plug-in, electric and hybrid-electric vehicles,” as Toyota’s Jeffrey Makarewicz told Bloomberg last week—serves Toyota’s competitive purposes.

Three: Any time we hear Toyota bemoan the state of lithium-ion technology, it’s important to remember that Toyota has in fact built an extensive supply chain for lithium-ion batteries over the past few years. Their main battery partner is Panasonic, which took over Sanyo (the world’s largest manufacturer of lithium-ion batteries) in 2008. Last January Toyota Tsusho, the trading-house arm of the Toyota Group, announced a deal with the Australian company Orocobre to extract lithium from a salt flat in northern Argentina. In December, Toyota announced that it would adopt its new partner Tesla Motors’s approach to aggregating lithium-ion laptop batteries into automotive battery packs. Which is interesting, because Toyota’s suppliers at Panasonic are set to release a laptop-battery-size lithium-ion cell next year that uses a silicon-based anode for a 30-percent jump in energy capacity over today’s cells of the same type.

Four: Again, it’s true that a purely electric car capable of driving 500 highway miles on a single charge will probably require a technological leap beyond lithium-ion. What will that battery be? Impossible to say. But moving beyond lithium-ion doesn’t necessarily entail moving beyond lithium. Many of the most advanced battery concepts being studied today are are, in fact, still based on lithium—they just operate differently than the particular type of rechargeable lithium battery that we call “lithium-ion.” For instance, lithium-air batteries could theoretically match the effective energy density of gasoline. And even Toyota is working on those.

Bottled Lightning is a blog series by Seth Fletcher, Senior Associate Editor at PopSci and author of Bottled Lightning: Superbatteries, Electric Cars, and the New Lithium Economy,_ to be published in May 2011 by Hill & Wang/Farrar, Straus & Giroux. The book is about lithium, the rechargeable lithium battery, and the technological transformations it has helped (or will help) make possible—the wireless revolution; the burgeoning electric-car revival; the coming spread of clean energy. Expect posts about lab-scale research on far-horizon battery technologies; dispatches on the accelerating electrification of the automobile; updates on the nascent American EV-battery industry and their vastly larger and better-entrenched competitors in Japan, Korea, and China; posts on the mining of lithium and other so-called “technology metals”‘; and the occasional look at the political and economic pressures that can steer the course of this emerging industry. Seth will also be posting off-the-cuff observations on these and other subjects on Twitter._