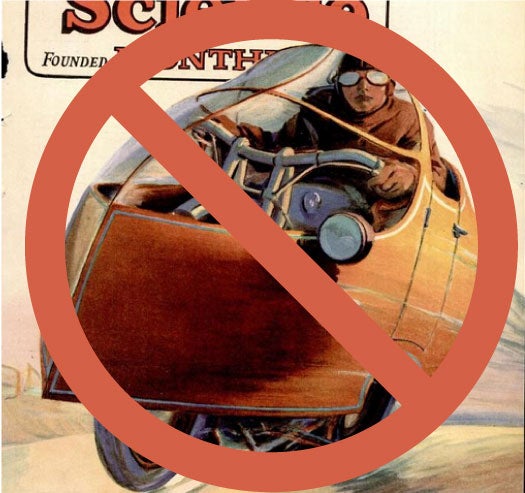 Who really killed the electric car? Contrary to claims advanced by conspiracy theorists, it wasn’t General Motors. Actually, GM’s EV1 was a brilliant machine that fostered a vision of highways filled with silent zero-emission vehicles. Not much more than a decade later, that dream seems more like a delusion. Despite all the laurels and attention garnered by Tesla and its rivals, it’s now clear that electric vehicles will never be more than bit players in the automotive market until there are some fundamental breakthroughs in battery technology, and nobody knows when–or even if–that’s going to occur.

What makes the marginalization of EVs seem so weird is that electric cars once ruled the roost. The first electric-powered carriages appeared in the 1830s, roughly half a century before gasoline-fueled automobiles. In 1900, the battery-powered Columbia was the best-selling car in America, and the land speed record was held by an electric car driven by a Belgian racer known as The Red Devil. More than two dozen electric car companies vied for market share during the early 20th century. The debut of the dirt-cheap Model T Ford in 1908 radically changed the rules of engagement. But electric cars continued to be marketed successfully as refined high-end vehicles that appealed to status-conscious consumers and, especially, women.

“Ever since the small electric runabouts were introduced, about ten years ago,” the New York Times reported in 1911, “they have always been popular with women. In the early days of motoring, the little electrics were about the only kind of motor car a woman could handle easily as the early gasoline cars required more strength to crank than most women possess. Another great advantage of electrics in years gone by was their quiet operation, as compared with gasoline cars, and this fact alone was responsible for their widespread use by women.”

Gasoline-powered cars of the era tended to be loud, smelly and unreliable. But the major knock against them was the effort–and sometimes the injuries–associated with starting them. At the time, no car equipped with an internal-combustion engine came with an on-board starter. No matter how exotic the car, it had to be cranked by hand. That is to say, an external handle was attached to the crankshaft so that the engine could literally be turned over by hand much as some airplanes are started by spinning the propeller. As you might imagine, this could be a royal pain, especially when dealing with large and/or cold engines. Check out this video for a look at the operation:

Besides requiring a lot of elbow grease, not to mention being beyond the physical capability of most women, cranking a car could also be dangerous because the crank sometimes kicked back abruptly enough to break fingers or wrists. According to legend, in fact, Cadillac founder Henry Leland was inspired to look into alternatives after a friend broke his jaw–and later died due to complications from the surgery–after a mishap while hand-cranking a car.

Enter Charles P. Kettering, one of the country’s most influential and prolific inventors. Later in his life, he would play instrumental roles in developing products such as Freon, leaded gasoline, automotive paint and even an aerial torpedo. He first came to prominence while working for National Cash Register, where he was responsible for creating an electric cash register. Next, working out of a research facility known as the Deeds Barn in Dayton, Ohio, Boss Kettering and his so-called barn gang formed the Dayton Engineering Laboratories Company, now better-known as Delco. Among Delco’s first products was the world’s first electric starter.

Kettering’s self-starter essentially replicated the hand crank with a mechanical unit. Pressing a button caused the starter motor to engage the flywheel, and electric current turned the gear to crank the engine. Check out this very cool old Army film for technical details:

Kettering’s great insight was understanding that, though the starter motor required a lot of power to turn over the engine from rest, it needed electrical juice only for a few seconds. Moreover, he realized that the surplus power could be harnessed to run the lighting system as well as the ignition. Even better, Kettering was inspired to create the first practical engine-driven generator. Kettering received patents for both the generator and the electric starter, which earned him a vast fortune to go along with his well-deserved celebrity.

In 1911, Henry Leland ordered 1,200 ignition and lighting systems from Delco, and they appeared on the 1912 model year Cadillacs. By 1920, the electric starter was standard equipment even on the bare-bones Model T. Before long, Detroit Electric was the last surviving–barely–electric car company, and by the time the Great Depression hit, EVs were used only in commercial fleets making local deliveries. So GM didn’t kill the electric car. No, the blame–or credit, depending on your perspective–belongs to Boss Ket and his barn gang.