Leaked EPA memo: Not even the EPA knows what’s going on with the EPA

An internal email encourages EPA staff to ignore the press 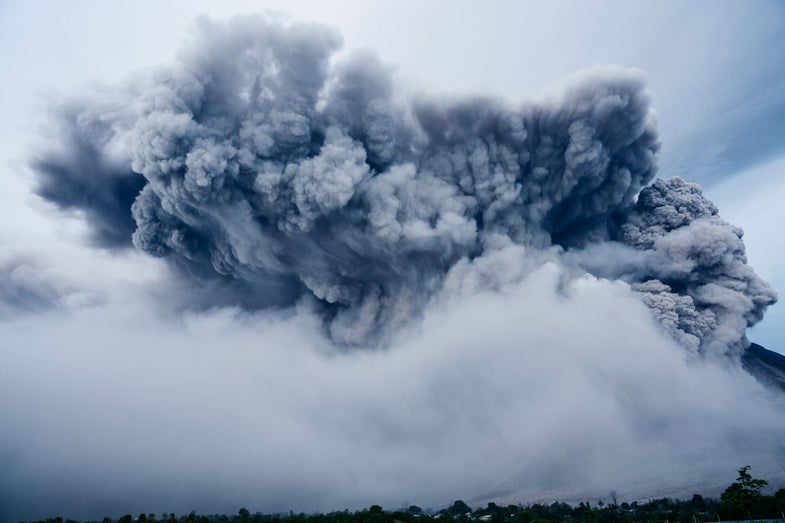 On Monday, Senior White House Advisor Don Benton sent an email to all EPA employees regarding public scrutiny of the EPA transition. Benton, a retired Republican state senator from Vancouver, Washington, was chosen by the Donald Trump Administration to lead the EPA transition team on Jan. 23.

After explaining that transitions are a difficult time, Benton devotes considerable space—going so far as to bold a sentence—to warn staffers to be wary of what they read in the media. Although he admits in the memo, which was obtained by Popular Science, that he is unable “to validate or reject the statements made by these individuals [who are quoted by the media] since I am not directly working with them, and I have not seen many of the documents referenced in the stories.”

A self-admitted lack of knowledge of the contents of those documents does not stop Benton from stating that “much of what we see is just not accurate.” Given that Benton reports not to have seen any documents, it is unclear how he has judged the accuracy of reporting on those documents. Requests for comment were not immediately answered.

The Environmental Protection Agency was established in 1970 under Republican President Richard Nixon as part of “a profound commitment to the rescue of our natural environment, and the preservation of the Earth as a place both habitable by and hospitable to man.” Today, the EPA is tasked with creating the regulations that underpin Congressional environmental laws, enforcing those laws, and conducting environmental science research.

Last week, news circulated that the EPA is under a gag order and that its scientists are barred from speaking publicly or even posting on social media. The EPA’s official Twitter handle has been inactive since January 19th—the day before the inauguration. Of the agency’s ten regional departments, six have twitter accounts. Of those six, three have not tweeted since the inauguration, nor has the EPA’s justice department @EPAJustice. @EPAregion3, which covers EPA region 3, has tweeted once, on January 21st—a retweet about the Audubon Society’s Christmas Bird count. @EPARegion8 sent out a tweet on January 23rd about winter air pollution in the Salt Lake City area. @EPAregion2 has tweeted most recently—on January 27th, with a clarification over sponsorship. Prior to January 20th, many of these accounts tweeted several times a day.

Today, the President signed an executive order stating “that for every one new regulation issued [by the EPA and other regulatory agencies], at least two prior regulations be identified for elimination, and that the cost of planned regulations be prudently managed and controlled through a budgeting process.” In order for the EPA to pass new regulations on fuel efficiency, for example, they must eliminate two existing laws. The longterm effects of this are unclear—it may simply mean eliminating laws that have remained beyond their expiration date, or it may mean having to cut important measures. The EPA could, in theory, have to decide which chemicals should be regulated in the water.

Benton closes the email by stating that, “no final decisions have been made with regard to the EPA,” but that, “changes will likely come.”

The full text of the email obtained by PopSci follows:

After one week on the job leading the transition team, I would like to say thank you to the many career professionals here at the EPA who have been working with me, White House Liason Charles Munoz, and the transition team. I have served many roles in my life in both the private sector and in the government. I want the EPA team to know that the people I have worked with here are among the best I have ever had the opportunity to work with.

We all know that political transitions are never easy. Carter to Reagan in 1981, Bush to Clinton in 1993, Clinton to Bush, and then Bush to Obama have all been unique and posessed their own challenges. We are now working our way through the transition from President Obama to President Trump.

Due to the important nature of the work that is done here at the EPA, we are falling under a greater media microscope than most agencies.

I, like many of you, am surprised each morning by what I read in the newspaper and see on TV news shows, because much of what we see is just not accurate.

In addition, many news outlets are quoting individuals who are no longer serving on the EPA transition team. I am not able to validate or reject the statements made by these individuals, since I am not directly working with them, and I have not seen many of the documents referenced in the stories.

I cannot tell you today what the final decisions from the White House, from our new Administrator, and from the Congress will be. I can tell you that despite what you read and see on TV, no final decisions have been made with regard to the EPA.

Changes will likely come, and when they do, we will work together to implement them.

One thing I am certain is that the transition team is committed to working with you to carry out the core mission of the EPA – To Protect Human Health and the Environment.