Scientists discovered this by buzzing bears with drones 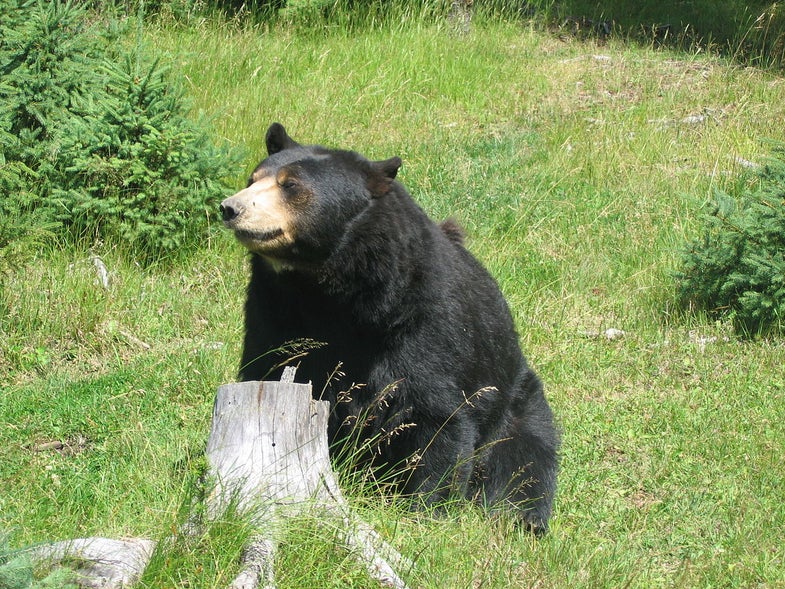 If an unidentified flying object lands in the woods, bears will hate it. At least that’s the case if you consider drones as good substitutes for UFOs. According to a new study published by Cell Press in the journal Current Biology, bears aren’t too fond of unmanned aerial vehicles.

In the paper, the humbly (yet superbly) titled “Bears Show a Physiological but Limited Behavioral Response to Unmanned Aerial Vehicles” a research team led by Mark A. Ditmer of the University of Minnesota explored how well black bears could tolerate drones in their presence. Would nearby drones be unbearable, or would the ursine observers bear-ly notice?

Bears, it turns out, aren’t terribly good at communicating their feelings in ways we humans understand. So researchers put GPS collars with heart monitors on the creatures. The monitors emailed the team the location of the bear every two minutes, and also recorded their heart rates. Then the team flew drones to where they knew the bears were two minutes ago.

In a total of 18 flights, bothering a total of four bears, only twice did the lumbering land mammals change their behavior. While most of the time, most of the bears gave the appearance of tolerating the drones among them, appearances can be — and were, in this case — deceiving. All the bears experienced elevated heart rates with the drones nearby, with one experiencing a jump of 123 beats per minute from its resting rate.

Why bother bears with drones? The research team notes that, as drones allow researchers to access more remote areas, it is important to understand the consequences of the drones on local wildlife. The logged heart rates reveal that, even if the bears didn’t move away from the drones, the drones nearby still stressed them out. As drones become more common both in civilian and research capacities, knowing the impact on wildlife can lead to better policy. In other words, a more bearable world, for humans and bears alike.