Trashed electronics are piling up across Asia

E-waste has risen by 63 percent in just 5 years 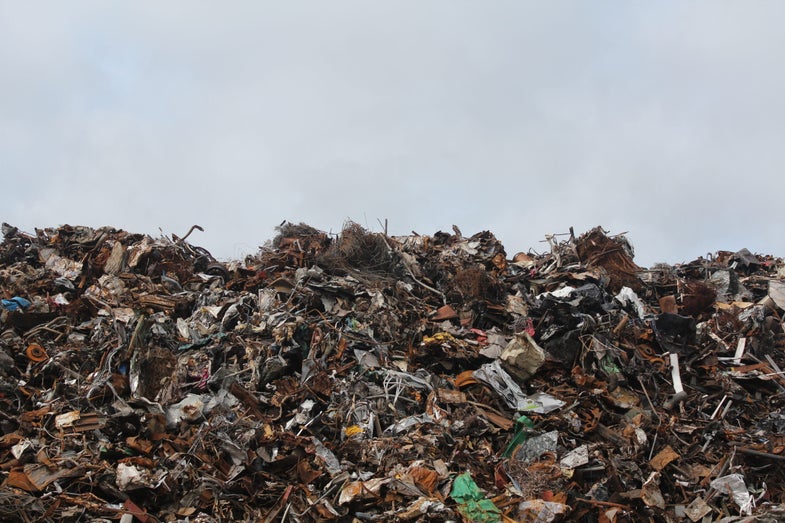 Every year, humans produce millions of tons of electronic waste, or e-waste, which leaches toxic materials into landfills across the globe. And gadget-loving Americans aren’t the only culprits. A new U.N. report finds that East and Southeast Asia are dumping more and more electronic devices—enough to increase e-waste production in these regions by 63 percent in five years.

Between 2010 and 2015, the U.N. think tank United Nations University tracked 12 Asian countries to see how much electronic waste they produced. On average, the volume of digital trash increased by nearly two thirds over this period, with certain countries worse than others. China, for example, doubled its e-waste. By the time 2015 rolled around, the region produced 22 pounds of e-waste per person per year. The worst culprit was Hong Kong, which trashed nearly 48 pounds per person, while more frugal Cambodians dumped fewer than 3 pounds per person.

This trend seems much less disturbing when you compare these Asian countries to Europe and the Americas, where the average person tosses about 34 pounds of electronics in the trash each year. But if the comparatively thrifty consumers in Asia continue to ramp up their e-waste, they could easily outpace Westerners. Asia already purchases about half of all electronic gadgets on the market. And the trends that the U.N. report credits for the increase in digital trash—a growing consumer class, more types of gadgets, more imported devices, and good ol’ planned obsolescence—will only continue.

In Asian countries that lack an infrastructure for e-recycling (and laws that make it mandatory), most old electronics wind up in trash fires, backyards, or informal recycling systems that release harmful fumes into the environs. However, the report praises Japan, South Korea, and Taiwan for the e-recycling systems that they have already established. Other countries in the report have only recently begun dealing with their e-waste problem, while a few rely on private systems. Now they just need their Western counterparts to follow suit.