Bison Struck By Lightning Is Doing Fine, Looks Like A Zombie 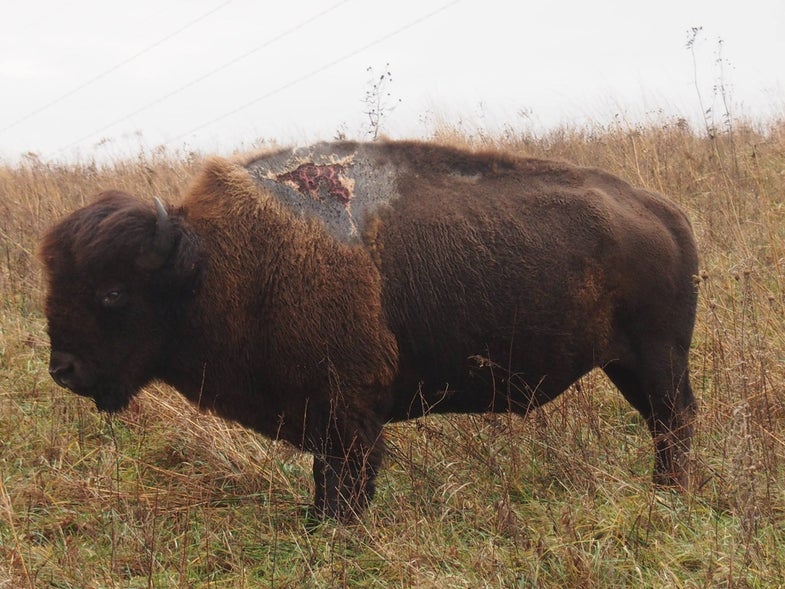 Bison are tough. Each one is a six foot wall of muscle, fur, and bone adding up to about a ton. They’re strong, shaggy beasts, and almost nothing can stop them, not even lightning.

Meet Sparky, a bison that was struck by lightning in 2013. Sparky lives at the Neal Smith National Wildlife Refuge in Iowa.

A few years ago, Karen Viste-Sparkman, a biologist with the United States Fish And Wildlife Service (USFWS) noticed a bison bleeding, standing apart from the herd. Upon closer inspection, she realized that he’d been struck by lightning. Viste-Sparkman and others kept track of him, watching as against all odds, the newly-named “Sparky” recovered from his injuries.

Lightning, which happens all over the world, has been known to kill herds of cows, giraffes and even strike other bison.

Sparky is now 11 and weighs 1,600 pounds, walking with a limp, according to an announcement made today by the USFWS. Here’s hoping lightning won’t strike the same bison twice!