The Malheur National Wildlife Refuge has had better days 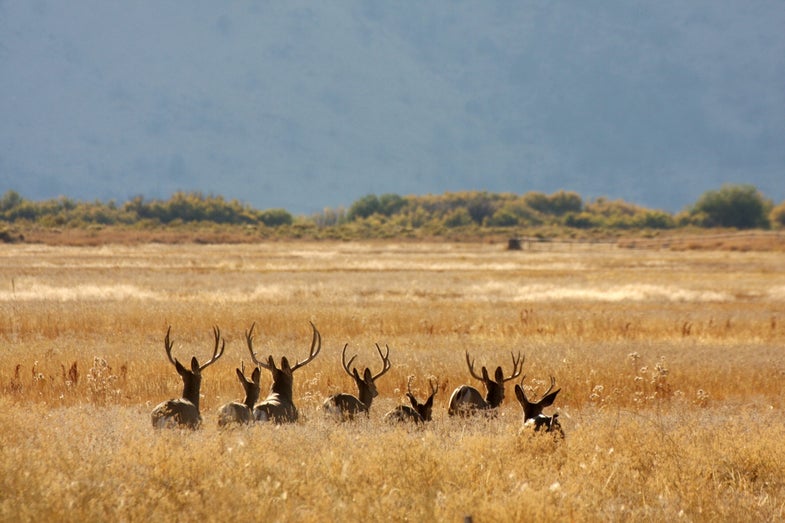 It’s winter in Oregon. Snow is on the ground, and most birds have flown south for winter. A few hardy species remain for the avid bird watcher, including sparrows, snow buntings, and both tundra and trumpeter swans, all holdovers for the winter.

That there are people with guns on the Wildlife Refuge is not inherently unusual. Hunters are regularly permitted to shoot certain birds in designated areas on the refuge. Though it might seem strange for a wildlife refuge to allow hunting, the activity is closely monitored, and raises money for the Fish and Wildlife Service to purchase new habitats to protect. But the people currently there with guns didn’t come to the refuge to go duck hunting. They came to take over the refuge headquarters, blockading themselves inside and forcing the refuge to close.

The Fish and Wildlife Service has issued only a brief statement:

The currently one-sided standoff (federal authorities are keeping a low profile) stemmed out of a protest against the imprisonment of two ranchers, Dwight and Steven Hammond, father and son ranchers whose property borders public land. They were convicted of arson for two incidents in 2001 and 2006 when fires they started on their property crossed over onto public land. The pair were sent to prison and had a fine of $400,000 handed down. They were recently ordered to serve more time when a federal judge found that their original prison sentence was too light.

When not caught at the center of a land-use maelstrom, the 187,757-acre refuge has served as a safe space for many bird species for over 100 years.

The refuge got its official start in 1908, when President Theodore Roosevelt took unclaimed lands and set them aside “as a preserve and breeding ground for native birds.” The impetus for the action came from two wildlife photographers who noticed that herons in Lake Malheur had declined dramatically over a decade due to unchecked hunting for feathers, which were all the rage at the turn of the century. Over the years, the government bought up adjoining parcels, expanding the refuge. During the Great Depression, over 1000 workers with the Civilian Conservation Corps added crucial infrastructure like roads to the camp.

Maintaining the ponds and lakes on the refuge is of critical importance to waterfowl, which use the water as a waypoint along the Pacific Flyway, a huge migration route which sees billions of birds travel North and South each year along the West Coast. For the past several years, the refuge has done its best to maintain water levels in the refuge in the middle of an intense drought. That’s a challenge in an area that only gets 9 inches of precipitation a year.

The refuge is also facing other threats to its birds. Since the 1920s, the refuge has tried to get rid of invasive carp introduced into the lakes as a source of food for humans. The carp destroys the health of waters, stirring up mud and depleting the food available to migratory birds.

The refuge also serves as an area where researchers can gather information about wildlife, including the birds that the refuge is so famous for. But it isn’t all for the birds. Recent studies have taken inventories of bats, moths, and bees.

With the armed protestors saying that they could be in there for years, it’s unclear how those management and scientific endeavors will continue.