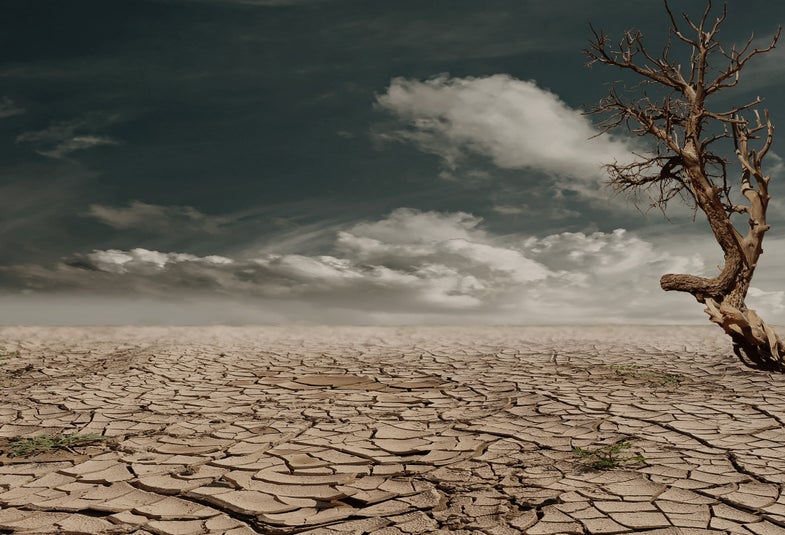 You may already be mourning the fact that climate change rings the death knell for beloved foreign grown foods like chocolate and coffee, but a recent study in Nature Communications brings the bad news closer to home. The study found that climate change is also going to hurt domestic staples—wheat, corn, and soybeans—with their yields dropping each day the crops experience temperatures of 30 degrees Celsius (86 degrees Fahrenheit) or higher. For each day that corn and soybeans fields spend at these temperatures, the study found, yield drops by up to six percent.

Researchers used computer crop models that blend physics, chemistry, biology, and observed data on crop yields. “First we simulated yields from past years and checked to see if they show the same response as reporter yields,” said Bernhard Schauberger a researcher at Potsdam Institute for Climate Impact Research (PIK) and the lead author on the study. When the data matched, they then used the model to project forward under different climate scenarios.

“So for example,” said Schauberger, “temperatures around 26, 27 degrees (79-80F) are very beneficial for maize because it’s an optimum growing temperature. But as soon as temperatures go beyond 30 degrees, it’s very negative for yield.”

The research is in line with other studies: research indicates that warming temperatures can cause higher plant yields, but those yields collapse past a certain threshold.

“When we switch on irrigation in the crop models, they don’t show this drop,” said Schauberger. Indeed, observed studies in areas that rely primarily on irrigation—such as the Western United States—don’t show a drop in yield as temperatures rise.

This assumes that there will be plenty of water for irrigating those fields. Currently, the Midwest accounts for about 65 percent of U.S. corn and soybean production, according to the United States Department of Agriculture Economic Research Service—mostly from non-irrigated lands. Regional climate models predict that there will be more rain in the spring in those areas, but less in the summer—when temperatures will obviously be at their highest.

“Since we grow summer annual crops, any variation in the rainfall pattern affects grain yield,” said Jerry Hatfield by email. Hatfield, who was not affiliated with the new study, is the Director of the National Laboratory for Agriculture and the Environment at the USDA.

And the region’s underground aquifers are already straining under use. The Ogallala Aquifer, which spans from Wyoming through Nebraska into New Mexico and Texas, has already run dry in some southeastern towns. Similarly, the Jordan aquifer—which provides Iowa, the number one corn and soy producing state, with water—is under similar strain.

“In the long-term, the increasing temperature will reduce yield,” said Hartfield. That obviously doesn’t bode well for Americans who eat, but it’s also bad for the entire planet. Roughly 50 percent of the soy and wheat we grow is exported.