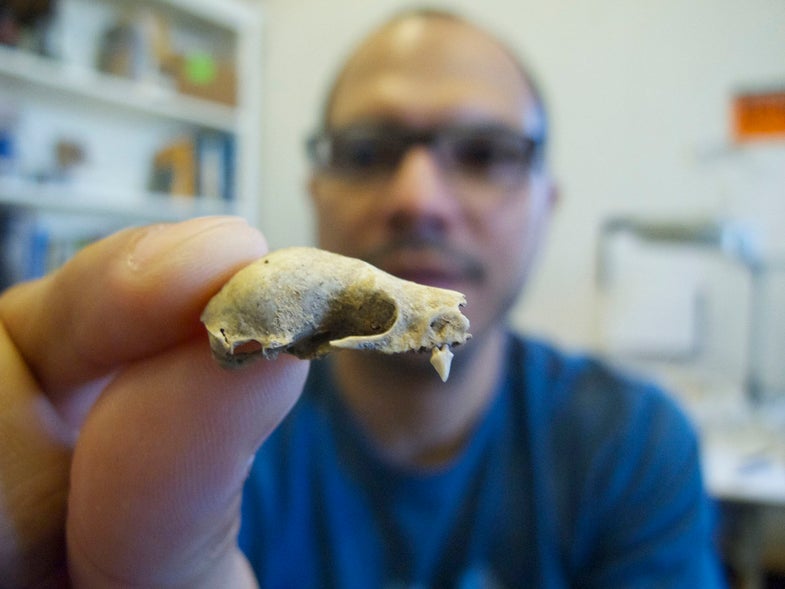 About 25,000 to 3,000 years ago, land mammals died out in massive numbers from the Arctic to the Caribbean, which scientists have attributed variously to climate change and human activity. Bats weren’t as susceptible as their non-flying cousins — in the Caribbean, about 18 percent of bat species died out, compared to about 80 percent of land mammals — but still, several species disappeared from entire islands.

Without good radiocarbon-dating evidence, it’s been difficult to peg just when these die-offs occurred, which makes it harder to pin down what caused them. But a new study says it was probably our fault.

This challenges previous research that suggests natural climate changes were a culprit. Earth 25,000 years ago was a cooler place, with huge amounts of water locked up in glaciers. As temperatures increased in the transition between the Pleistocene and Holocene eras, the glaciers melted and the oceans rose, turning big islands into small islands and shrinking animals’ habitats.

J. Angel Soto-Centeno of the American Museum of Natural History and David Steadman, a University of Florida ornithologist, set out to unravel this story. If extinctions were driven by climate change, they would expect to see radiocarbon-dated fossils of extinct bats from the era known as the Pleistocene-Holocene Transition, and paleoclimate evidence should clearly show changes in available habitat — like the submergence of caves.

They excavated bat wing bones from a cave on Great Abaco, an island in the Bahamas, and dated them along with more than 2,000 bat fossils from 20 different sites in the Caribbean. 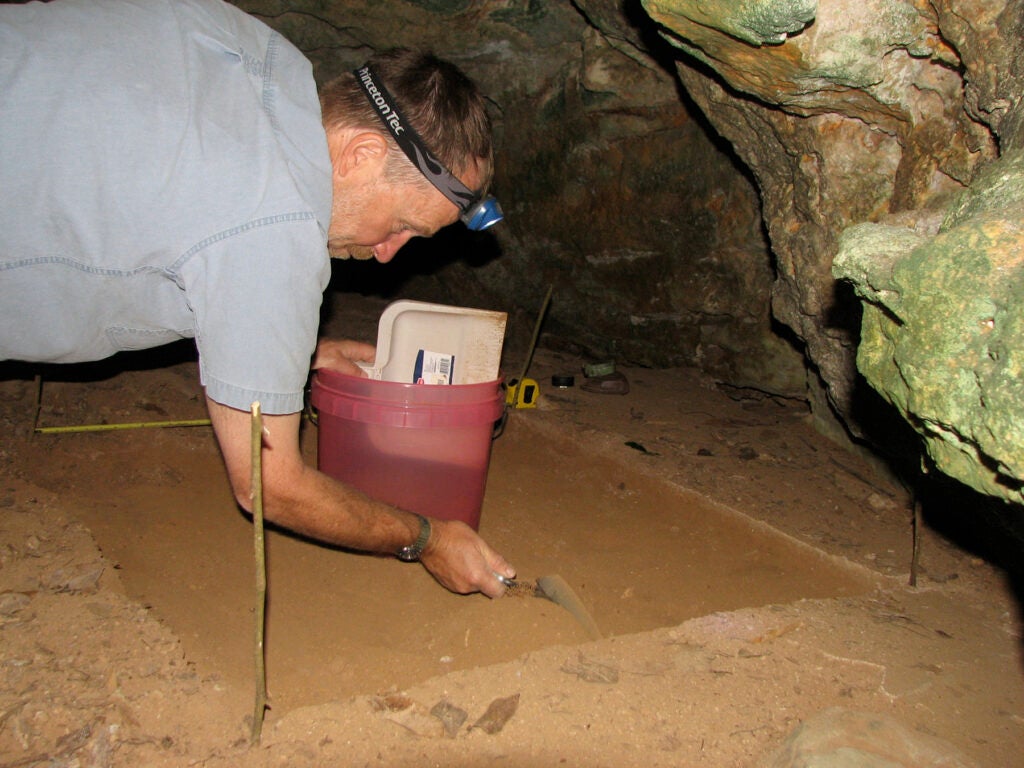 David Steadman, a University of Florida ornithologist, searches for bat fossils in a Caribbean cave.

“Ours are the first radiocarbon dates for bat fossils in the whole West Indies,” says Steadman, curator of ornithology at the Florida Museum of Natural History, in a statement. “The new dates prove that certain bat populations were still in existence much later than previously thought — around the same time humans arrived.”

He and Soto-Centeno found at least five bat species withstood warming temperatures and reduced land areas, but were wiped out much later when climate conditions were much like they are today. “If climatic changes during the PHT were the primary driver of the losses of Caribbean bats, it is difficult to understand why these species survived for at least 5,000 years before becoming extinct,” the authors write. “Late Pleistocene changes in the size and distribution of Bahamian caves and cave environments are unlikely causes for the extirpation of these populations.”

Instead, they were done in by humans encroaching on their habitat. This likely was most prevalent in the forms of early farm settlements and their affect on wildfires, the authors say.

Bats are still prevalent throughout the Caribbean — they’re the dominant mammals in the entire region, as the authors point out. So why is this important? Understanding how, and when, certain Caribbean bats went extinct helps scientists understand how animals adapt to changing environments, and which ones might do it better than others. This can help biologists save modern animals from meeting similar fates in the face of climate change — which, this time, is also our fault.

“Now we have good evidence that it is not the shrinking of islands that wiped out these populations, and the only thing we know happened in the last thousand years that might affect bat populations is the arrival of people,” Steadman says.

The paper is published in Nature Scientific Reports.