Dogs Can Tell Whether You’re Happy Or Sad 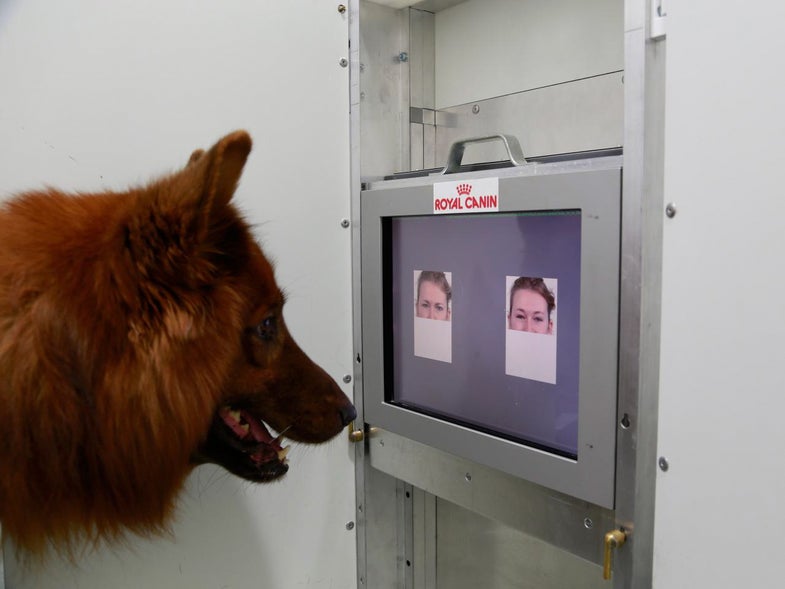 It turns out your dog really can tell when you’re having a ruff day. Research conducted at the University of Veterinary Medicine Vienna shows that dogs can read human expressions and figure out how you’re feeling. It’s the first to conclude that animals other than humans can pick up on detailed emotional facial cues.

The team trained the dogs to recognize people making happy and mad faces, and to prefer one or the other. By showing only half of a face in training and the trials, they tried to prevent the dogs from recognizing the emotional expression as a whole. The team rewarded the dogs for touching the correct face.

After training the dogs to go for either the happy or the angry face, the researchers showed the dogs other sections of faces–for instance, the tops of the happy/sad faces they had previously only seen the bottoms of, or completely new faces showing the same half they’d seen in training. More often than not, the dogs selected the correct expression they’d been assigned in training, proving it was not just a random occurrence.

In addition, the dogs who had been trained to select the happy face learned faster than those trained to select the mad face — which means it’s possible the dogs understood that the happy one signaled “treats ahead” while the frown gave a “stay away” vibe. The researchers say this is most likely because the dogs knew from experience which expressions were positive and negative.

The study was published February 12 in Current Biology. So why dogs? The study says it’s because they’re the most promising matches to humans of all animals. Here’s hoping they check out cats next–who knows what they’re thinking!