Outside of Super Bowl halftime shows, the aquatic predators are pretty graceful creatures At Katy Perry’s halftime show, two backup dancers in shark costumes upstaged the singer. The one on her left swam smoothly through the choreography, while the one on her right flailed like a fish out of water. Since we are animal enthusiasts here at Popular Science, we got to thinking: How would a real shark do if it was given the spotlight?

David Shiffman a graduate student studying shark ecology and conservation at the University of Miami says that it depends on the shark. There are more than 500 different species of sharks, and while some, like the nurse shark, are couch potatoes (Shiffman says he’s seen one camp in a single spot for over a week), others are both graceful and coordinated. Shiffman notes that some sharks have been known to leap out of the water and spin, and others are fully capable of accelerating and changing direction quickly while in the water. “It’s the swimming equivalent of turning on a dime” Shiffman says.

And when it comes to dance marathons, a shark would have plenty of stamina. Scientists regularly observe sharks traveling extraordinarily long distances. Researchers even tracked one shark that travelled from South Africa to Australia. The sharks off the coast of the United States aren’t exactly slouching either. “The activity space for a typical adult tiger shark off the East Coast of the U.S. is comparable to a billion football fields” Shiffman says. If you want to see the routes of some sharks for yourself, (and you have Google Earth installed) you can check on the locations of several tagged sharks via the University of Miami.

So what kind of shark might possess the important dancing qualities of athleticism and grace? “For me that’s the hammerhead. They’re very fragile, but they’re unbelievably athletic.” Shiffman says. 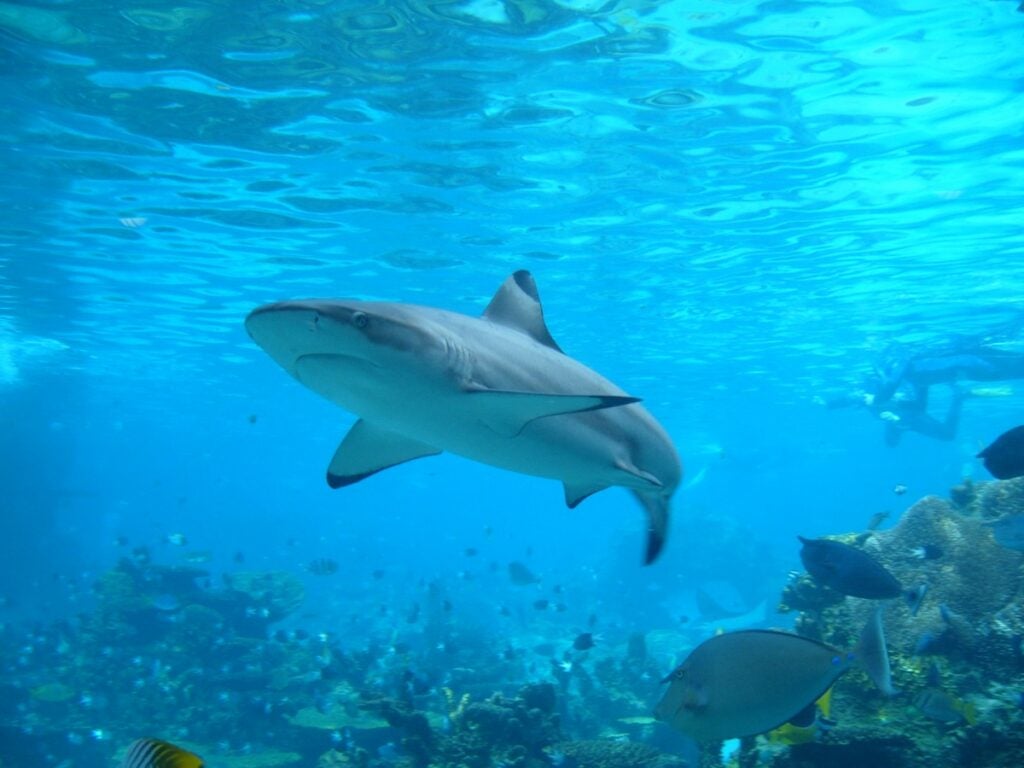