Artificial Spider Silk Might Be Better, and Easier, Than Milking Spiders

Spider silk is amazing stuff. Its strength-to-weight ratio is second to none, and it’s biodegradable to boot, making it a... 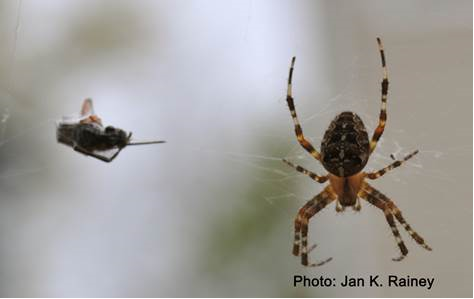 Spider silk is amazing stuff. Its strength-to-weight ratio is second to none, and it’s biodegradable to boot, making it a great material for a whole range of biomedical uses. But you have to get it from spiders, for the most part. This is hard, because spiders are notoriously territorial and murderous, which makes them difficult to farm and to milk.

Scientists have come up with creative ways to substitute for the real thing, from inserting orb-weaving spider genes into silkworms to introducing silk proteins into the milk of lactating goats. Another new approach seeks to manufacture it from scratch using spider silk’s own ingredients. Scientists are using the molecular structure of spider silk as a template.

In yet-to-be-published work, researchers from Dalhousie University in Nova Scotia describe the molecular structure and function of a specific type of spider-silk protein, used to make tough aciniform silk. Spiders use this type to wrap up freshly caught prey, and it’s tougher than other forms like gossamer, which they use to float in the air, or the sticky kind they use to build their webs. 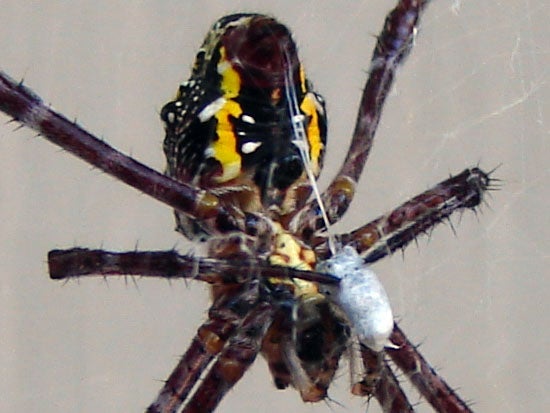 An orb-weaver with its prey wrapped up in aciniform silk.

Since spider silk is made from proteins, the first step in spinning a synthetic version is to replicate those proteins. Figuring out how the proteins are arranged is not easy. Jan Rainey and colleagues used nuclear magnetic resonance spectroscopy to look at the protein structures involved in aciniform silk in detail. They untangled a repeated structure of some 200 amino acids that comprise the three parts of the aciniform silk protein, called AcSp1. They realized that these repeating sequences work like Legos — they’re modular. Each one works as an individual unit, rather than solely as part of a larger whole. This is a big breakthrough, because it means engineers could make smaller synthetic proteins, which are easier to produce, before building them into larger structures that can be spun into silk.

That last part is its own major challenge, however. Without specially evolved spinnerets to churn it out, spider silk is still tough for humans to produce in a lab. So synthetic spider silk is still probably pretty far away — at least for now, it’s even farther than goat silk.

The researchers are presenting new findings at a meeting of the Biophysical Society this week.