5 Ground Animals That Are Cooler Than Groundhogs

It’s Groundhog Day! Why is this a holiday? (And why isn’t it called Whistle-Pig Day instead?) We celebrate groundhogs in... 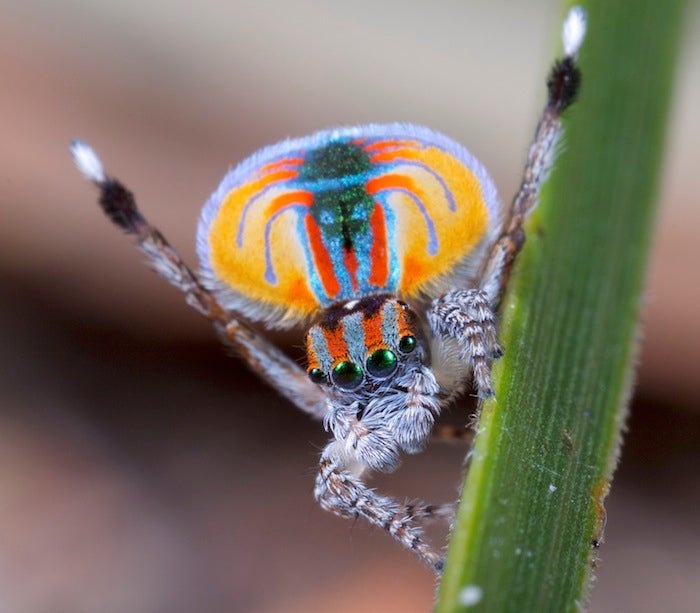 It’s Groundhog Day! Why is this a holiday? (And why isn’t it called Whistle-Pig Day instead?) We celebrate groundhogs in February in part because these squirrel relatives are still in deep hibernation at this point, living off their copious fat reserves until it’s warm again. Their stirrings remind us of spring and warmer times to come. 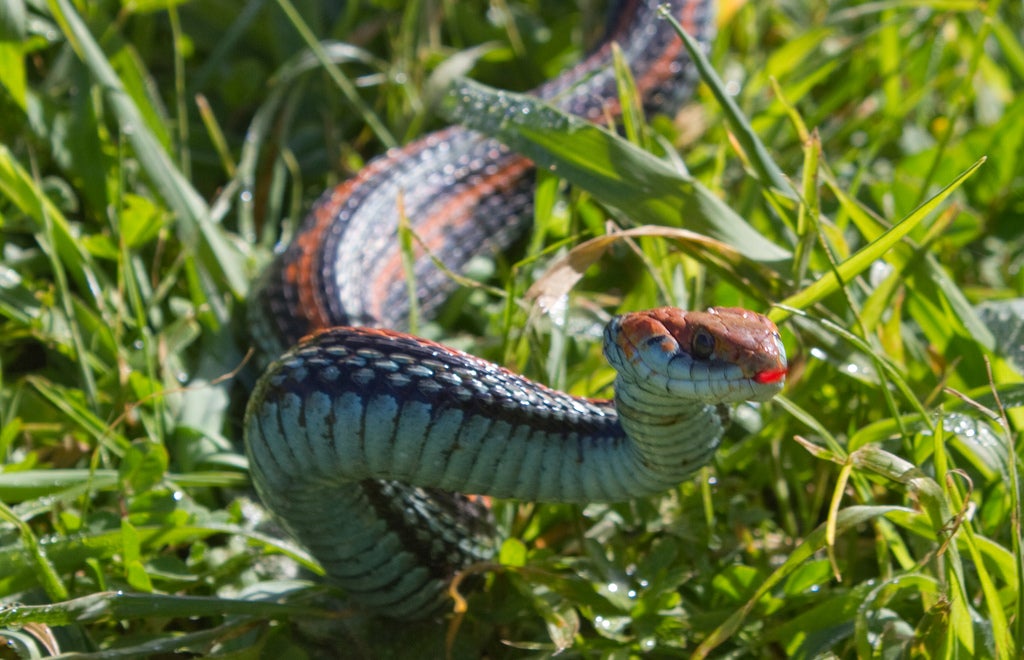 This is arguably the prettiest snake in the country — it has a strikingly patriotic blue-red pattern, a red-turquoise head and a long, slender body, up to 51 inches long. Thamnophis sirtalis tetrataenia are completely harmless to humans and have been on the Endangered Species List since it was established in 1973. These snakes are found in thick vegetation near ponds, where they hunt several types of frogs. They also need south- or west-facing slopes with thick grass where they can shelter during the cold season, notes the EPA.

Snakes and other cold-blooded animals (ectotherms) don’t technically hibernate — they brumate, which is a little bit different. Snakes might move to shelters where temperatures remain above freezing, like basements, crawl spaces, caves and ground burrows. Turtles sink to the bottoms of ponds, and toads and tree frogs hide in loose soil and fallen leaves. Like hibernating mammals, brumating animals also experience decreased metabolism and a semi-conscious state that’s not quite the same thing as sleep. 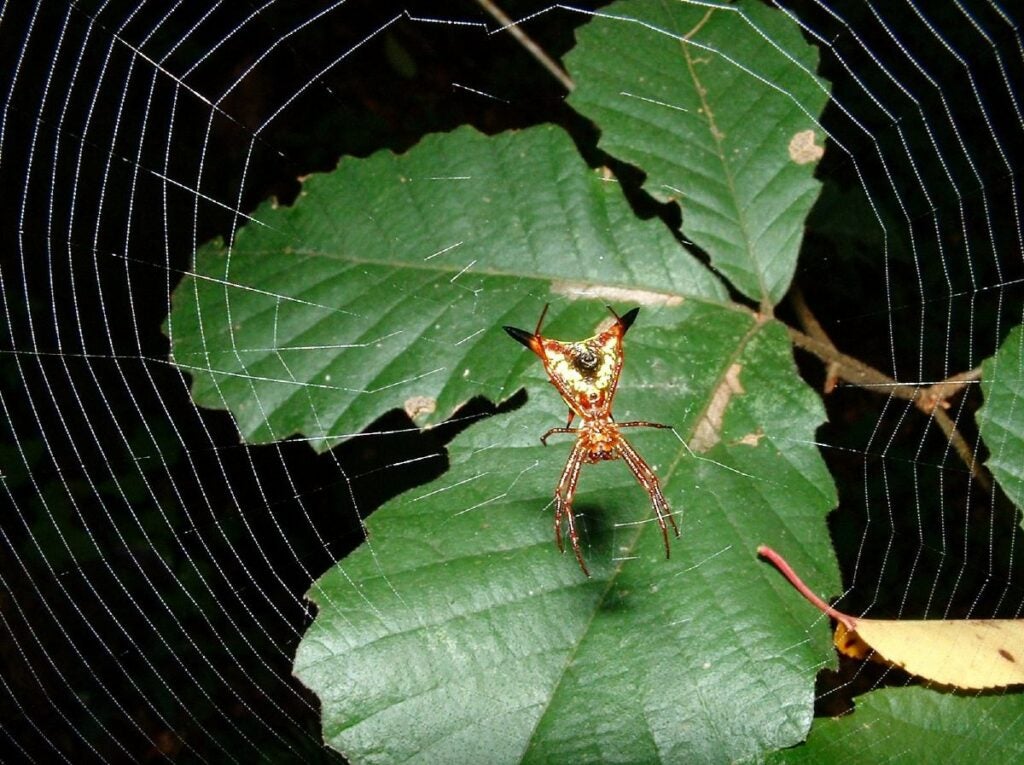 This genus of spiders in the orb-weaver family has about 100 species, but only a few live in the U.S., mostly in wooded areas. Female Micrathena — whose name comes from the Greek word for small and the goddess Athena, who wore armor and was also a weaver — are all distinguished by some combination of pointy, conical tubercles on their abdomens. This makes them look much more interesting than other spiders, and is thought to help them ward off predators or help them conceal themselves.

Their very tightly woven, one-foot-diameter webs help them catch small prey, like annoying mosquitoes, so these are good spiders to have around. Plus, what other animal looks like a Gibson Flying V guitar? So metal. 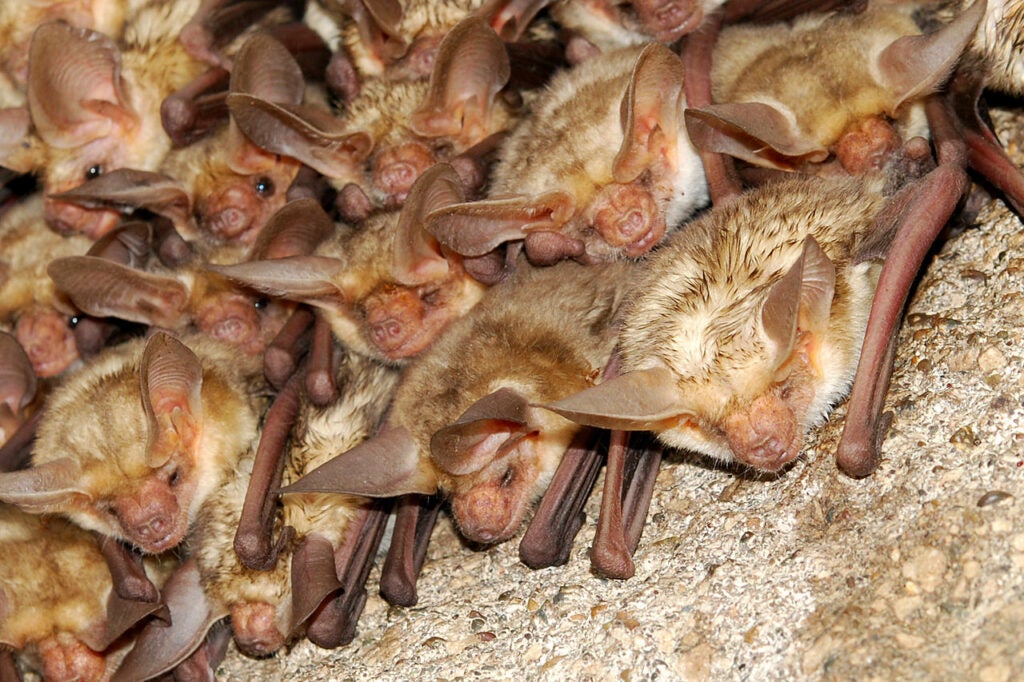 These bats roost in caves, mines and hollow trees, but they eat ground-dwelling insects. They fly low to the ground, diving briefly to grab prey. They might also land and crawl on the ground to grab larger meals, like grasshoppers, cicadas, crickets and beetles.

Pallid bats are distinguished by their huge ears, almost half as long as their entire bodies, which help them find their insect meals. They do use echolocation to find flying insects, but they have such good hearing that they can listen for the footsteps of their prey walking on the ground. Pallid bats hibernate in canyons and caves in the southwest.

These furry, doe-eyed arachnids are an [Eek Squad favorite] (https://www.popsci.com/blog-network/eek-squad/jumping-spiders-are-cutest-and-you-can-catch-your-own/)for several reasons, from their ornamental appearance to their elaborate courtship rituals. The Salticidae family has about 5,000 species, which makes them the largest family of spiders.

Most of them are ground-dwellers, living on rocks, dried leaves and soil on nearly every continent — species of jumping spiders have even been found on Mount Everest. They have excellent vision in a couple of their four pairs of eyes. They can jump several times their own length, often carrying a small dragline in case of a fall.

The guy above is a peacock spider (Maratus volans) in a mating display — woohoo! Watch one dance in this amazing video. 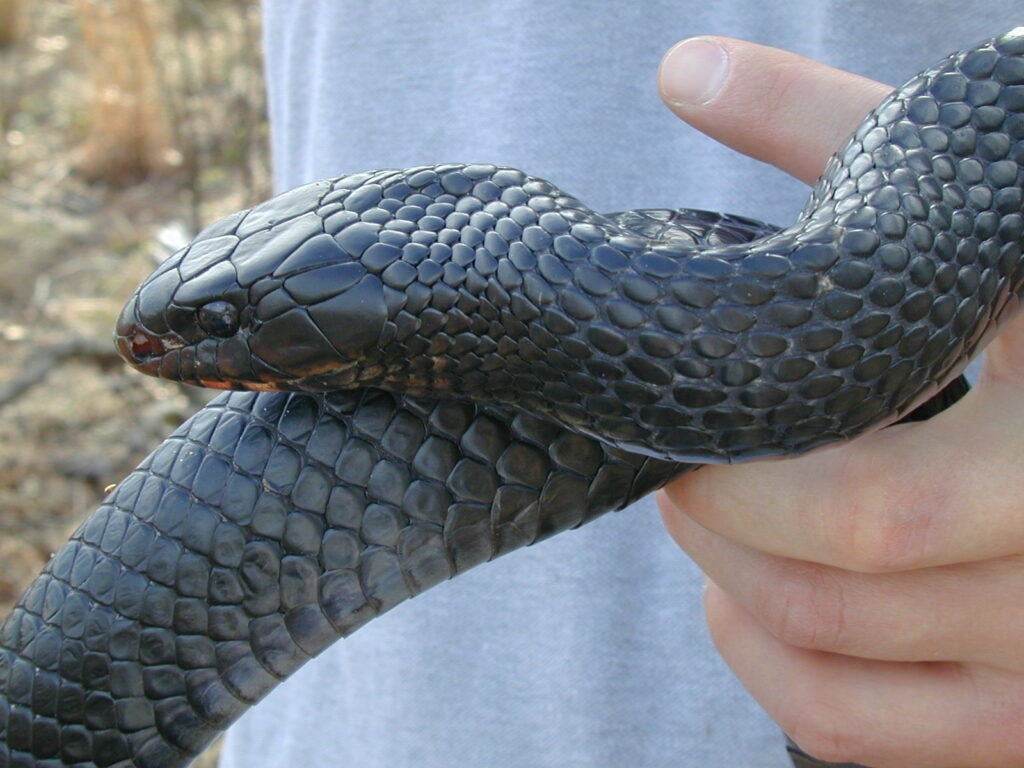 This is an interesting creature for a few reasons, but its most impressive stat is that it’s the longest native snake species in the U.S. Drymarchon couperi are usually about 60-75 inches long, but the longest one on record rang in at 103.5 inches. Their black bodies are iridescent bluish purple in the sun and their scales are smooth. They are officially threatened in their habitats in Georgia and Florida, but not yet federally endangered.

They live in sandhills and swamps, where they eat any vertebrate they can get, from birds and small alligators to other snakes. Their Latin name roughly translates to “forest ruler,” from the Greek words drymos (forest) and archon (ruler). Despite their menace to other forest ground-dwellers, they’re not venomous, and they don’t pose any threat to humans.