The ancient deposit could be good news for tech companies 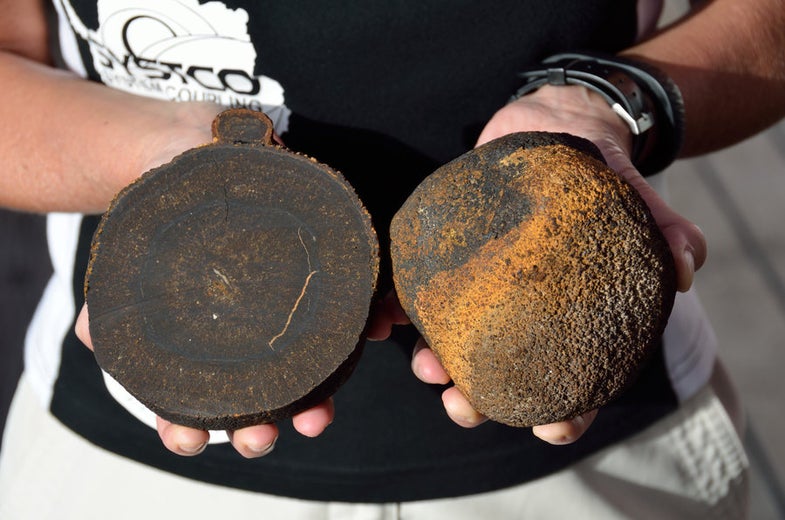 Scientists looking for deep sea organisms on a research cruise last month got a surprise when, instead of deep sea life, they pulled up metal balls the size of softballs. The German researchers stumbled inadvertently onto the discovery of the largest deposit of manganese nodules known to exist in the Atlantic ocean.

“Manganese nodules are found in all oceans. But the largest deposits are known to occur in the Pacific. Nodules of this size and density in the Atlantic are not known,” Colin Devey, lead scientist on the expedition said in a press release. The nodules found by Devey and the other scientists working on the research vessel, the SONNE, ranged in size from golf balls to bowling balls.

Manganese nodules grow incredibly slowly, at the rate of mere millimeters over the course of a million years. They are also a potential source of the rare earth elements that companies use to manufacture high-tech electronics, like smartphones. Last summer the UN’s International Seabed Authority issued the first deep sea exploration permits, allowing companies to start actively looking for places to mine nodules and other sources of rare earth elements from the ocean floor. The start of exploration raises a lot of questions about the economic and environmental costs of deep sea mining.

The same German research organization (GEOMAR Helmholtz Centre for Ocean Research Kiel) that partnered on the research cruise which discovered the nodules is also actively involved with looking into the impacts of deep sea mining. Last month they announced the start of a three-year research project involving 25 European research institutions which will focus on analyzing the impact of deep sea mining on the seafloor environment. 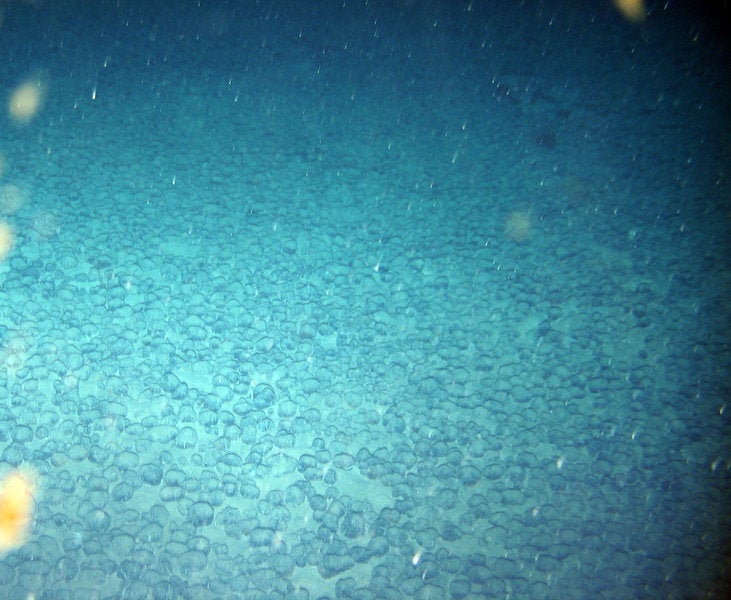 Nodules On The Seafloor

A photo of the ocean floor shows the concentration of manganese nodules found in the Atlantic.
atlantic
deep sea
mining
ocean
Science