There's something fishy going on here 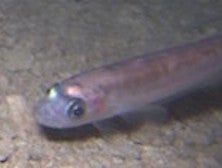 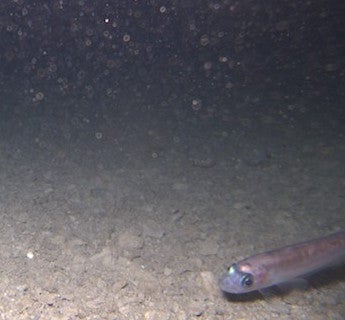 A fish gets a close up deep under the Antarctic ice

Think of it as finding a very cool Nemo. Scientists announced yesterday that after drilling through 2,428 feet of ice they made a lively discovery—deep under all that ice were many different fish and marine invertebrates, alive and well.

Scientific American‘s Douglas Fox writes that the discovery came on January 15, eight days after the Whillans Ice Stream Subglacial Access Research Drilling (WISSARD) team finished drilling a hole through the ice. The goal of the WISSARD Project was to get a closer look at the Antarctic grounding zone, the location where the land meets up with the massive layers of ice above, and the sea. But actually getting to see what happens in this dynamic boundary is incredibly difficult. The team had to use a hot water drill to bore through the ice, and then lowered down a thin, specially designed robot with a camera as well as other instruments, taking measurements of the layers of ice and the water at the base.

When it reached the bottom, the appearance of the first translucent fish was greeted with surprise and cheers from the assembled scientists, Fox reports.

“It is fascinating to see so much marine vertebrate and invertebrate life so far away from the open ocean and right where the West Antarctic Ice Sheet goes afloat,” Slawek Tulaczyk, a chief scientist on the WISSARD project and a professor at the University of California, Santa Cruz, said in a press release. “I have spent my scientific career studying how this ice sheet may contribute to future global sea level rise. However, I now realize that retreat of the ice sheet may also impact a unique ecosystem.”

So far, the scientists haven’t issued much information on the new life discovered, but there appear to be a few types of fishes, crustaceans and other invertebrates. The researchers are still working on studying the ecosystem and figuring out what the animals eat in such a seemingly sterile and sunless environment.

While surprising, the finding is not entirely novel, WISSARD chief scientist John Priscu said in a press release. Last year, Priscu and colleagues published a study in Nature announcing that they had found evidence of microbes deep under the Antarctic ice sheet, proving definitively that life could exist in those extreme, sunless conditions.