Watch A Power Saw Made With Shark Teeth Slice Through Salmon 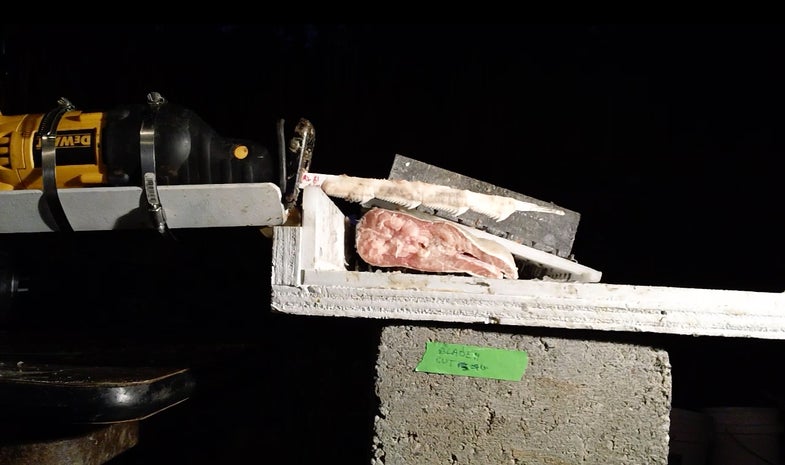 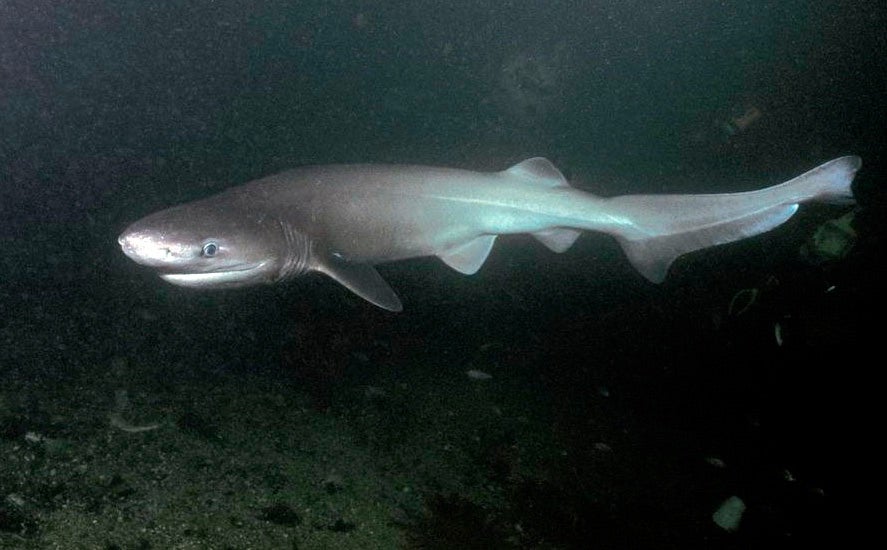 Sometimes you just have to make a power saw out of shark teeth, for science.

This video shows a reciprocating saw, named Jawzall, that a team of biologists built to investigate the cutting power of the teeth of different species of sharks. Of course! The saw is supposed to mimic how shark teeth work when sharks shake their prey in their mouths to rip them up. Few things must be worse than getting shaken by a shark, but I have to say, power-sawing shark teeth does sound worse.

From the Jawzall, the team learned that shark teeth dull quickly. (They do not make for a reliable saw, it seems.) Perhaps that’s why sharks lose and grow new teeth so often, team members wrote in a research summary they presented at the annual meeting of the Society for Integrative and Comparative Biology. In addition, in yet-unpublished data, they found different species, which have differently-shaped teeth, also have different cutting power. “There actually is a significant effect of tooth morphology. That’s really striking,” Katherine Corn, an undergraduate at Cornell University, tells Popular Science. That’s her narrating the video. “We may be able to extrapolate factors about feeding ecology from tooth morphology,” she says.

Corn worked with a Cornell graduate student, Stacy Farina, and a University of Washington biologist, Adam Summers. Corn had been taking Summers’ class at UW’s Friday Harbor Laboratories, she says, when Summers asked, “Hey, does anybody want to glue shark teeth to a saw?” Corn said yes. Among her duties was defrosting the jaw of sixgill shark that had washed up in Friday Harbor two years ago, to collect the teeth. “It was a big shark,” she says. “Those jaws were magnificent.”

Updated Jan. 14, 2015: The original article sometimes used “chainsaw” to describe the Jawzall. The Jawzall is a reciprocating saw, with teeth that move back and forth, unlike a chainsaw, whose teeth move in a loop. I regret the error. -FD