Football Physics And The Science Of Deflategate 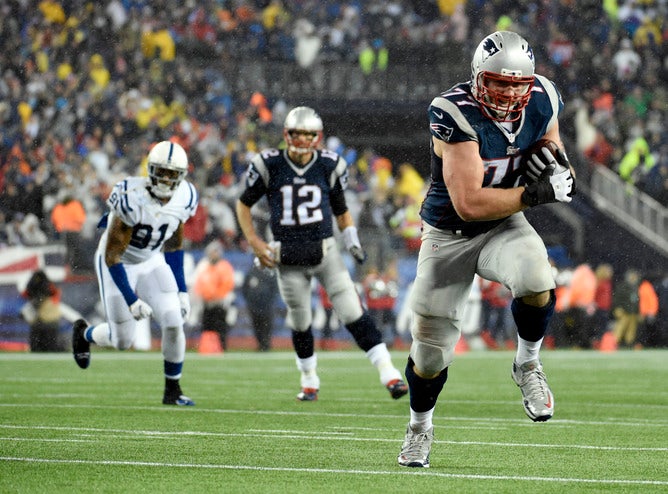 The Patriots ran away with the AFC Championship. What did deflated footballs have to do with it?. USA Today Sports / Reuters
SHARE

News reports say that 11 of the 12 game balls used by the New England Patriots in their AFC championship game against the Indianapolis Colts were deflated, showing about 2 pounds per square inch (psi) less pressure than the 13 psi required by the rules, so it seems that the most bizarre sports scandal of recent memory is real. But there are still plenty of questions: why would a team deflate footballs? Could there be another explanation? And most importantly, what does physics tell us about all this?

For New England fans, the first priority is a search for an innocent explanation. After all, party balloons and car tires deflate during cold winter weather, so might a simple temperature difference be responsible for the change in inflation pressure?

The physics principle known as the ideal gas law tells us that a reduction in temperature leads to a reduction in pressure. The pressure of a confined gas multiplied by its volume is proportional to the number of molecules in the gas multiplied by the temperature. Maybe you remember the equation PV=nRT from your schooldays. So if you cool a gas while keeping its volume fixed, the pressure must decrease.

But we don’t need equations to check this: we can demonstrate it directly. I got a couple of old footballs from Union College’s athletic department, pumped them up and popped them in the freezer. After a night in the cold, the pressure was around 2psi lower, just like the Patriots’ footballs — from about 19psi at the start (I slightly overinflated the balls by using the tire pump in my car) down to about 17 psi.

Of course, the temperature difference involved was a little extreme — from about 68F in my office, down to about -10F in the freezer. So, you can use temperature changes to produce the pressure change seen by investigators, but the temperature required would’ve matched the legendary Ice Bowl of 1967. Last Sunday’s game was played in pouring rain at about 50F, so unless they did the pre-game testing of the balls in a sauna, or the post-game investigation in a meat locker, thermodynamics alone can’t get the Patriots off the hook.

Assuming that the balls really were deliberately deflated, then what would be the reasoning? Would the lower pressure make the ball lighter and more aerodynamic, allowing longer, more accurate passing?

This is another question easily answered with the ideal gas law — the volume of a football doesn’t change very much with pressure, so deflating it by 2psi requires reducing the amount of gas inside by about 15%. But air is, by definition, very light. The air in a fully inflated football accounts for only about 10 grams of its mass (about 2.5% of the total) and deflating it would reduce that by maybe a gram or two. (This also explains why the officials didn’t notice anything funny during the game — the change in weight from the missing air is too small to notice, particularly in bad weather, where rain probably added more to the mass of the ball than the deflation took away.)

And again, we have experimental confirmation of this — a 2006 episode of the TV show Mythbusters replaced the air inside a football with helium to see if that would allow a kicker to boot the ball father. The mass reduction of swapping helium for air is far greater than that for a 2psi reduction in pressure, but the Mythbusters found no gain in performance — in fact, air-filled balls might be slightly better, as the extra mass makes them somewhat less susceptible to air resistance.

In the end, the reason for deflating a football owes more to physiology than physics. A slightly deflated ball is a bit softer, making it easier to grip the ball to throw it and reducing the bounce when it hits the hands of a receiver, making it easier to catch. We can see this even with frozen footballs — although the cold makes the leather stiffer, the balls had noticeably more give when squeezed than before they went in the freezer. In cool, rainy conditions, where the ball becomes wet and slippery, this works to the advantage of the quarterback and receivers.

The most puzzling aspect of the story, though, is the scoreboard. The Patriots won the game 45-7, thoroughly outplaying the Colts in every aspect of the game. The tiny advantage they may have gained from a better grip on the ball can’t explain such a lopsided outcome. If the Patriots were that much better, why risk punishment by tampering with the footballs?

That question, alas, isn’t one the ideal gas law can answer. For that, you would need to understand the psychology of Patriots coach Bill Belichick, and that is a mystery much too deep for physics.