SpaceX has proven it can reuse its rockets—now what?

The long road to reusability 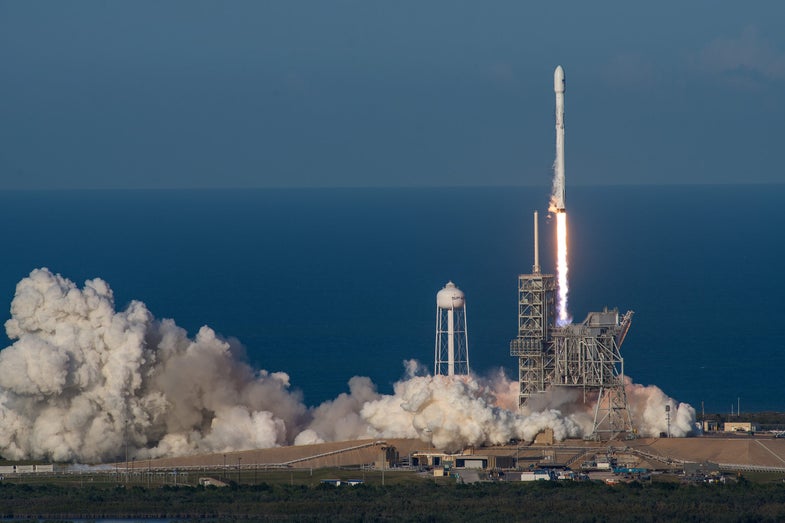 For the first time, a Falcon 9 booster has flown a second mission. SpaceX
SHARE

For the first time, a used SpaceX rocket booster has flown again.

On March 30, the first stage of a Falcon 9 rocket sent its second payload into space, after having launched and landed in April 2016.

The achievement is an important milestone in the company’s road to creating a reusable launch system—and a feat that’s 15 years in the making. The launch and subsequent landing on a drone ship proves, as SpaceX CEO Elon Musk noted, “you can fly and re-fly an orbit-class booster.”

The private spaceflight company estimates that by reusing its liftoff boosters rather than tossing them away in the sea, it can slash launch costs by about 30 percent, providing cheap(er) access to the final frontier.

But the dream of reusing rockets on a regular basis isn’t quite here yet. Ten days ago, in an email about rocket engine bearings, Jeff Bezos—founder of Blue Origin, a company that has also successfully reused its own rocket, albeit without reaching orbit or carrying a payload—underlined the challenges that lie ahead:

Indeed, Musk now has set his sights on making the refurbishment process faster. “Rapid reusability of rockets is the key to opening up space,” he said during a press conference after the launch. “We need to get really efficient with the reuse of the booster and the fairing.”

Almost a full year has gone by since the reused SpaceX booster first flew. Granted, a rocket explosion kept the Falcon 9 grounded for several months. Plus, this was a first for the company—and for spaceflight in general—so it makes sense that they might have taken extra precautions before attempting to re-launch it.

If it turns out the boosters need a significant overhaul after launch and landing, that could really put a damper on the reusable rocket discount. But so far, so good. SpaceX’s first recovered booster, which landed on solid ground and now sits as a monument outside the company’s headquarters, was reportedly in good shape after its homecoming, more or less fit to fly again.

During the post-launch press conference, Musk said that the parts most in need of refurbishment are the grid fins that stabilize the rocket as its returning to Earth (during the launch, the grid fins were lighting on fire as it entered the atmosphere), as well as the booster’s base heat shield that protects it from the heat of re-entry, and the paint. The company will be replacing the current aluminum grid fins with a more rugged titanium design soon.

Musk hopes that by next year, the company will be able to reuse boosters within 24 hours. Eventually they might even fly again within an hour, requiring—according to Musk’s vision—nothing more than a fuel tank refill.

Incredibly proud of the SpaceX team for achieving this milestone in space! Next goal is reflight within 24 hours.

And it looks like SpaceX will have plenty of opportunities to work on its refurbishment process; out of the 20 or so missions SpaceX has planned for this year, Musk expects six will fly on reused rockets. And next year, it could be double that. “The goal is to make this normal,” says Musk.