Some science grinds to a halt when the government shuts down. 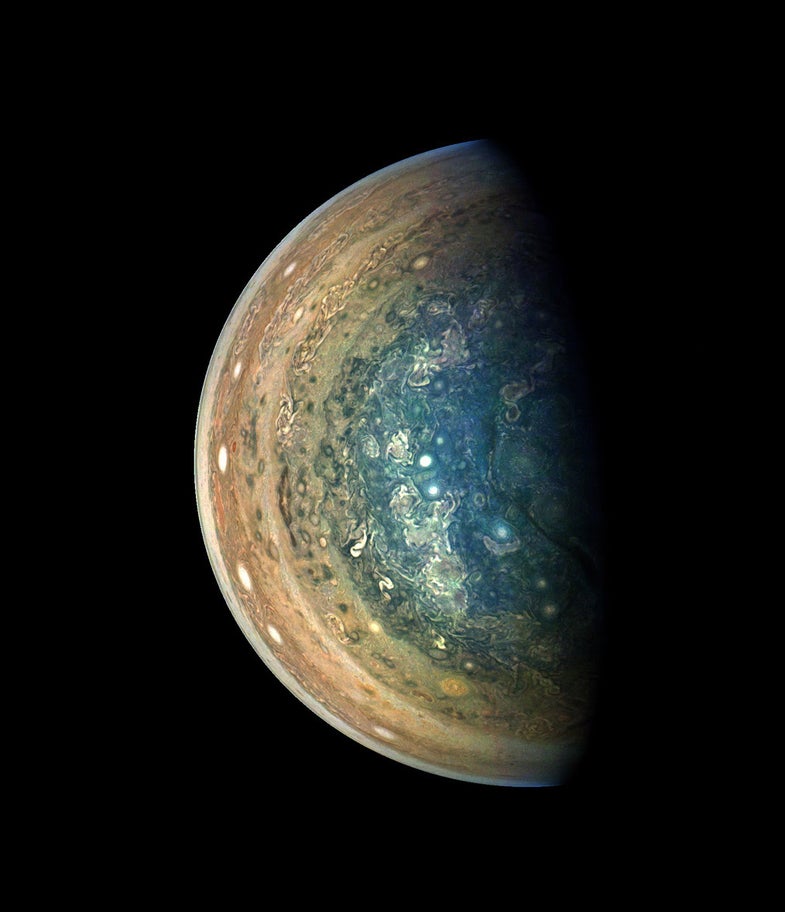 In 2013, the government of the United States shut down for 16 days, closing agencies and national parks, furloughing employees, and turning off the Panda Cam.

The shutdown only lasted three days this time around, two of which were over the weekend. But for that one half-a-business-day-or-so of uncertainty, many government agencies came online just to announce their official silence, including NASA. Many of the space agency’s public-facing accounts were hushed, as non-essential personnel were asked to stay at home or close their offices until the shutdown ended.

Sorry, but we won't be tweeting/responding to replies during the government shutdown. Also, all public NASA activities and events are cancelled or postponed until further notice. We'll be back as soon as possible! Sorry for the inconvenience.

It now looks like the government will be funded through February 8. But NASA was ready for this latest shutdown—and will be for any that may come along later—with a revised plan in place since November. During a shutdown, NASA continues supporting the International Space Station and any satellites that are already operational. It also must maintain enough staff to avoid endangering lives or equipment in ground operations, including preparations made for upcoming launches. On the other hand, educational activities at NASA, along with other non-essential duties are, well, shut down.

During these events NASA’s major space centers dwindle in staff from thousands of employees to only a few hundred. It’s dramatic, it can be confusing, and this is just one government agency—there are many more that are also affected by the sudden dam in the stream of federal money.

Here are some photos to help you put the shortened shutdown behind you, and keep you looking up.

NASA astronauts Mark Vande Hei and Scott Tingle (top right and bottom left, respectively, in the pictured image on the screen) will go on a spacewalk on January 23. Vande Hei and JAXA astronaut Norishige Kanai will perform a space walk on January 29. If the shutdown had continued, the spacewalks would have gone on as scheduled, but NASA would not have televised them to the general public.

The ISS is set against the backdrop of Earth at night, flanked by the docked Soyuz and Progress spacecraft. Six astronauts stay on the internationally-supported craft at all times. Even during a shutdown, NASA continues to support operations there.

Last week, before the shutdown began, NASA and the Navy worked together to practice recovering an uncrewed version of the Orion spacecraft, which will one day carry astronauts on the Space Launch System. Rehearsals like this help the government coordinate better during an actual crewed recovery effort, when astronauts will be waiting for their pickup.

The Space Launch System, a massive rocket, is slated to carry Orion. During ignition and liftoff hundreds of thousands of gallons of water will spray onto the launchpad to keep everything cool. Unlike the geyser seen in this test—which occurred last week—when the pad is set up for launch, the water will flow more sedately through pipes instead of erupting on the launch pad.

No, it’s not technically a NASA image, but with the rise of commercial spaceflight, companies like SpaceX are intertwined with NASA more than ever. The highly-anticipated static test fire and launch of SpaceX’s Falcon Heavy rocket were already delayed last week, and the shutdown looked ready to imperil those plans even further. As The Verge reported, the rocket is set to launch from NASA’s Kennedy Space Center, where the United States Air Force’s 45th Space Wing oversees operations.

NASA’s Curiosity kept roving during the 2013 shutdown. Unlike some other NASA operations, the car-sized bot checks in daily with its team, which analyzes the data and tells the rover where to go next.

Last week, the Parker Solar Probe was lowered into a 40-foot-tall thermal vacuum chamber at NASA’s Goddard Space Flight Center days before the shutdown. The probe is scheduled to spend seven weeks in the nearly-airless chamber, enduring the same extreme heat and cold that it will experience after it launches into space this July.

The Insight Mars Lander is also being prepped for a 2018 launch. The mission will explore the interior of the planet to try to understand more about its evolution over time. Right now, it looks like neither InSight nor the Parker Solar Probe are likely to be affected by this brief shutdown.

Shutdown or no shutdown, spacecraft like New Horizons (in the outer reaches of the Solar System) and Juno (near Jupiter) are continuing on their appointed rounds. This image was taken by Juno in December and cleaned up by citizen scientist Gerald Eichstadt.

This image, taken by the Suomi NPP satellite in 2012, is one of the most popular ever taken by NASA, showing incredible details of the Western Hemisphere. Even during the shutdown, the DSCOVR satellite’s EPIC instrument was still sending out images—take a look if you’d like to feel like you’re a million miles away from the political sphere.