This Is The First Rocket SpaceX Will Try To Re-Launch

A first for second times 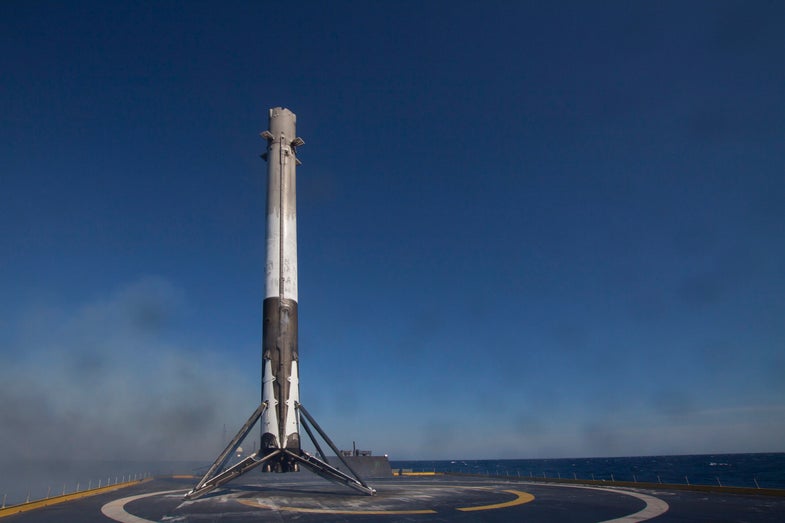 Today has been a good day for details-starved SpaceX news enthusiasts.

Earlier today we learned that the payload for the first reused rocket would be a telecommunications satellite made by SES.

And now, posts on social media have announced that the first rocket to be reused for launch will be the same rocket that first successfully landed on a drone ship back in April after sending a Dragon capsule loaded with supplies to the ISS.

Just to be clear, it isn’t the first rocket that SpaceX successfully landed. That rocket, which launched and landed back in December is now permanently on display at SpaceX headquarters

Now we just have to look forward to the SES/SpaceX launch sometime this fall.