Meet the next generation of American spaceflight 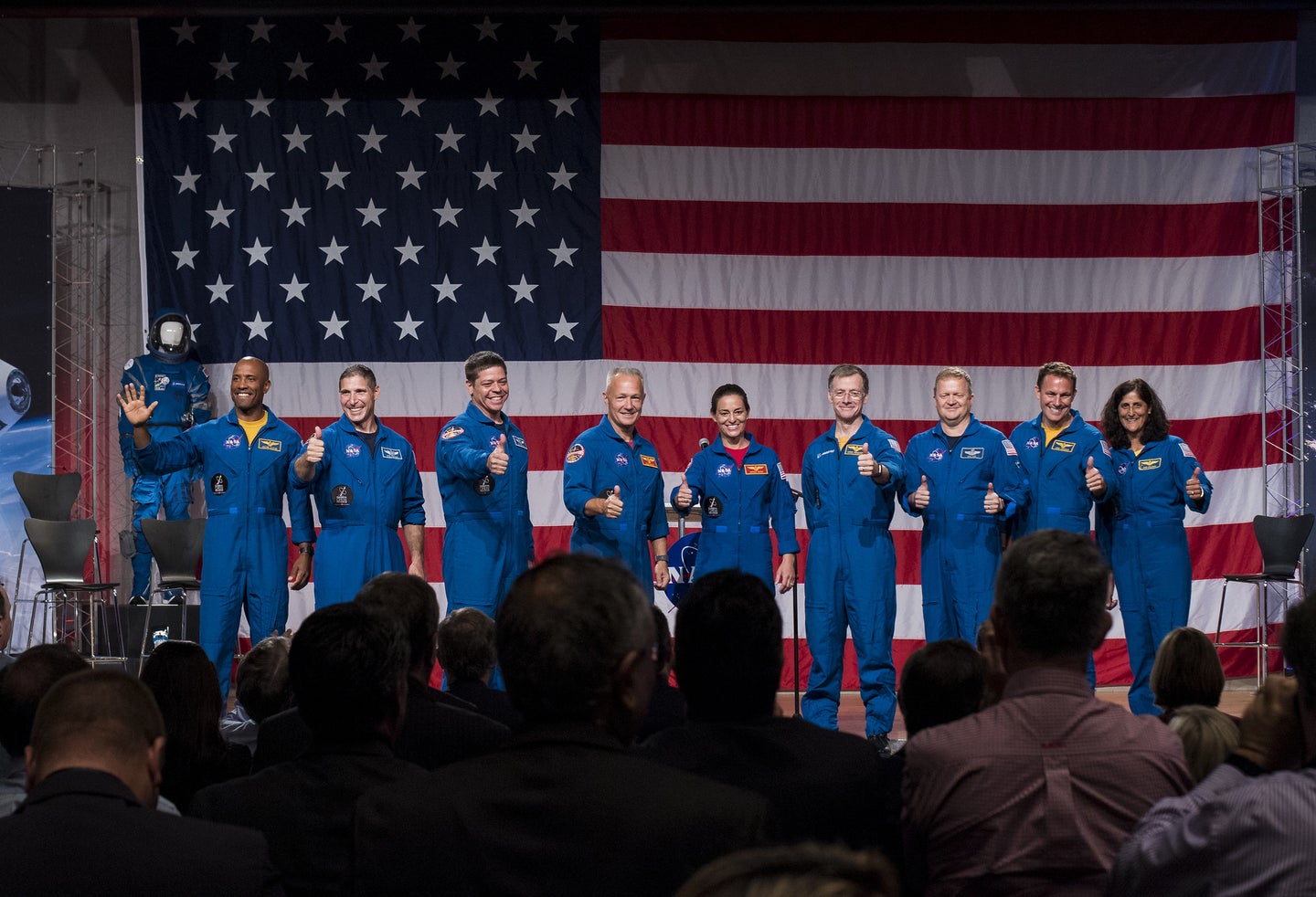 The last time the United States sent a crew into space on an American-made rocket was in 2011. In the seven years since the last space shuttle retired, astronauts traveling to the International Space Station have relied on Soyuz, a Russian spacecraft, to make their way into orbit.

The present gap is the longest in spaceflight history. The last time we had a gap in flight close to this length was the roughly five years between the end of the Apollo program in 1975 and the start of the Space Shuttle program in 1981. But NASA is hoping that this dry spell won’t last much longer. The first test missions for its new Commercial Crew spacecrafts are scheduled for next year.

On Friday, NASA administrator Jim Bridenstine announced the identities of the nine astronauts assigned to the first Commercial Crew missions—the first people to fly in SpaceX’s Crew Dragon and Boeing’s Starliner. Boeing is a part of the United Launch Alliance, a partnership between Boeing and Lockheed Martin. Boeing’s Starliner will launch on a ULA Atlas V rocket, while SpaceX will launch on a SpaceX Falcon 9 rocket.

As officials repeatedly emphasized during the announcement, these will be the the first Americans to launch aboard American-made rockets from American soil since the last shuttle flight in 2011. The Commercial Crew Program is a public-private partnership, with NASA outsourcing the design and construction of these spacecraft to private companies SpaceX and Boeing. The spacecraft must meet NASA specifications for carrying astronauts, and all nine of the astronauts selected for these first four launches have received NASA training. (One astronaut, Chris Ferguson retired from NASA and is now a Boeing astronaut.) The idea is that NASA will still be able to get its astronauts to space using American tech on American soil, but will be able to spend less money on spaceflight by outsourcing some of the pricey research and development to American aerospace companies.

It’s a laudable goal, but the program has been plagued with delays. Initially both were set to launch in 2017, which then slipped to 2018 and now rests tentatively at 2019 for the first test flights.

First up: Boeing’s Starliner crew. For the initial test flight of the CST-100 Starliner capsule, Eric Boe, a veteran space shuttle pilot will be on the flight crew. Chris Ferguson a Boeing test pilot and a former NASA astronaut and space shuttle commander will also be aboard, as will NASA astronaut Nicole Apanu Mann, a Marine Corps test pilot who was selected for NASA’s astronaut corps in 2013. Mann will be the first woman to test an American spacecraft, and the upcoming test mission will be her first trip to space.

The first crewed test flight of the Starliner is expected to occur in mid-2019.

NASA astronauts Josh Cassada and Suni Williams will crew the first operational flight of the Starliner, which will occur sometime after the test flight. For Cassada, it will be his first trip to space. For Williams, the trip to the ISS will be familiar. She’s a former space station commander who has spent a total of 322 days in the facility, and has performed seven spacewalks.

“A few of us had a chance to fly up to Alabama and meet some of the most talented, hardworking men and women at ULA who are building our rocket, and I’ll tell you, we are in great hands,” Cassada said at the event. “When Americans are working together and respecting and cherishing our individual differences, that’s when Americans do the impossible. I am so honored to be a part of that.”

Dragon’s first crewed test flight is currently pencilled in for April 2019. The two NASA astronauts to put the Dragon through its paces will be Bob Behnken, and Doug Hurley.

Both Behnken and Hurley were selected as astronauts in 2000 and have each flown on space shuttle missions before. Behnken last flew on the space shuttle Endeavor in 2010, and has performed six spacewalks over the course of his career. Hurley piloted the last mission of the space shuttle in 2011.

“The space shuttle was extremely capable, and it’s super hard to duplicate that in such a short period of time,” Behnken said. “The shuttle had decades to mature to where it was when we had our chances to fly it. There were about 3,000 switches inside. We’re grateful that the next vehicle that we’re going to fly on is going to be a little bit more automated and have quite a bit less switches.”

Rounding out the astronaut assignments are Victor Glover and Michael Hopkins who will crew the first operational mission of the Crew Dragon.

Hopkins is a space veteran who has spent 199 days on the ISS and performed two spacewalks. It will be Glover’s first spaceflight.