WATCH: 24 of the most famous space launches ever 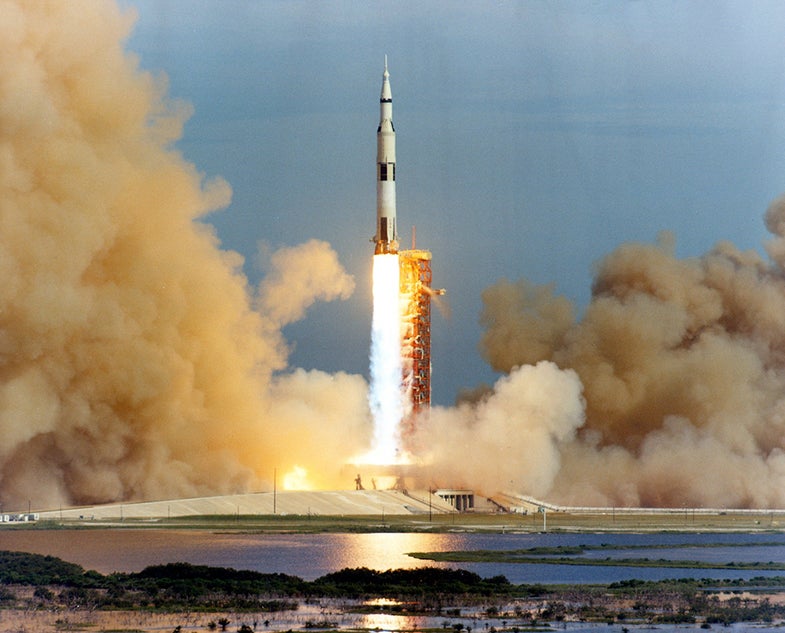 On February 6, 2018, SpaceX successfully tested its Falcon Heavy rocket, the largest vessel to launch since the Saturn V, which carried Apollo astronauts to the moon. To celebrate the return of large rockets, here’s a video of the 24 most famous space launches ever. Watch the video, above, or continue on to read the list of the featured missions. And while we’ve got you here, why not subscribe to Popular Science on YouTube?

4. Sputnik-2 (November 3, 1957): Inside this rocket was Laika, a Soviet street dog that became the first animal to orbit Earth.

9. Apollo 8 (December 21-27, 1968): Frank F. Borman II, James A. Lovell Jr., and William A. Andersirst become the first humans to leave Earth’s orbit and orbit another celestial body. They celebrate Christmas at the Moon.

11. Apollo 13 (April 11-17, 1970): Due to an oxygen tank that exploded on the way to the moon, Apollo 13 never made a lunar landing. Instead it orbited around Earth’s only natural satellite and safely returned home.