If confirmed, cracks in the Falcon 9's fuel pumps could pose a threat to astronauts 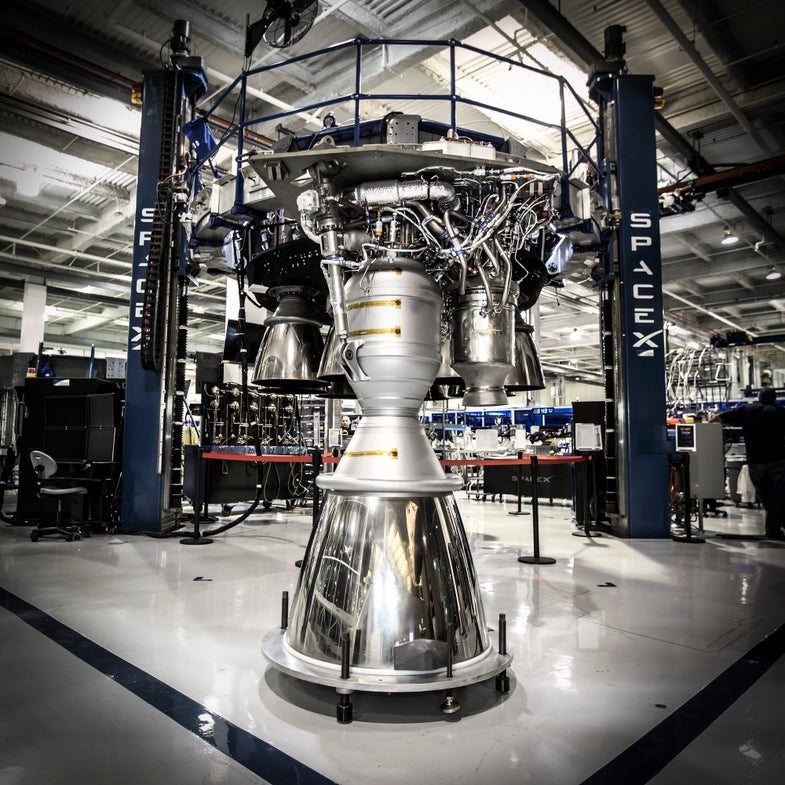 When it comes to spaceflight, SpaceX’s prices and flair are hard to beat. But the company hasn’t exactly had smooth flying lately. There’ve been a few explosions, and the most recent blast in September has raised questions about whether the company’s fueling operations could endanger future astronauts. Now, the Wall Street Journal reports that a problem in the Falcon 9’s engine could jeopardize SpaceX’s goal of becoming the first private company to deliver astronauts to the International Space Station in 2018.

The WSJ article (which is behind a paywall) reports that the Government Accountability Office found the turbine blades that pump fuel into the Falcon 9’s engines liable to crack. A GAO report later this month is expected to detail the leaked findings.

Popular Science reached out to GAO to check the facts, but the public affairs office isn’t allowed to discuss the report’s findings until it comes out in a few weeks.

WSJ reports the turbopump cracks could “pose an unacceptable risk for manned flights.” Which is not great news, given the fact that SpaceX hopes to launch its first astronauts in 2018—a milestone that has already been delayed several times.

When asked for more info, SpaceX directed us to this comment from SpaceX’s John Taylor:

It’s not clear whether these modifications will delay the first crewed missions, but it seems quite possible both SpaceX and its competitor, Boeing, will miss the 2018 deadline.

Paulo Lozano, an aerospace engineer at MIT, says cracks on these kinds of blades are relatively common, considering rocket engines undergo a tremendous amount of heat and mechanical stress. But if the cracks turn into breaks, they could potentially lead to “catastrophic failure”—which, in rocket science, generally means explosions.

The blades’ reported cracking problem is particularly concerning because the Falcon 9 is designed to be reusable, meaning the engines will need to withstand the mechanically traumatic ordeal of escaping Earth’s gravity again and again.

“I think it’s good they’ve detected those cracks and hopefully can correct them,” says Lozano.

Fortunately, SpaceX is working with NASA on the planned commercial crew launches, and the space agency has solved similar problems before.