What you need to know about the tardigrade cannon

Tardigrade survival is a surprisingly useful field of study. 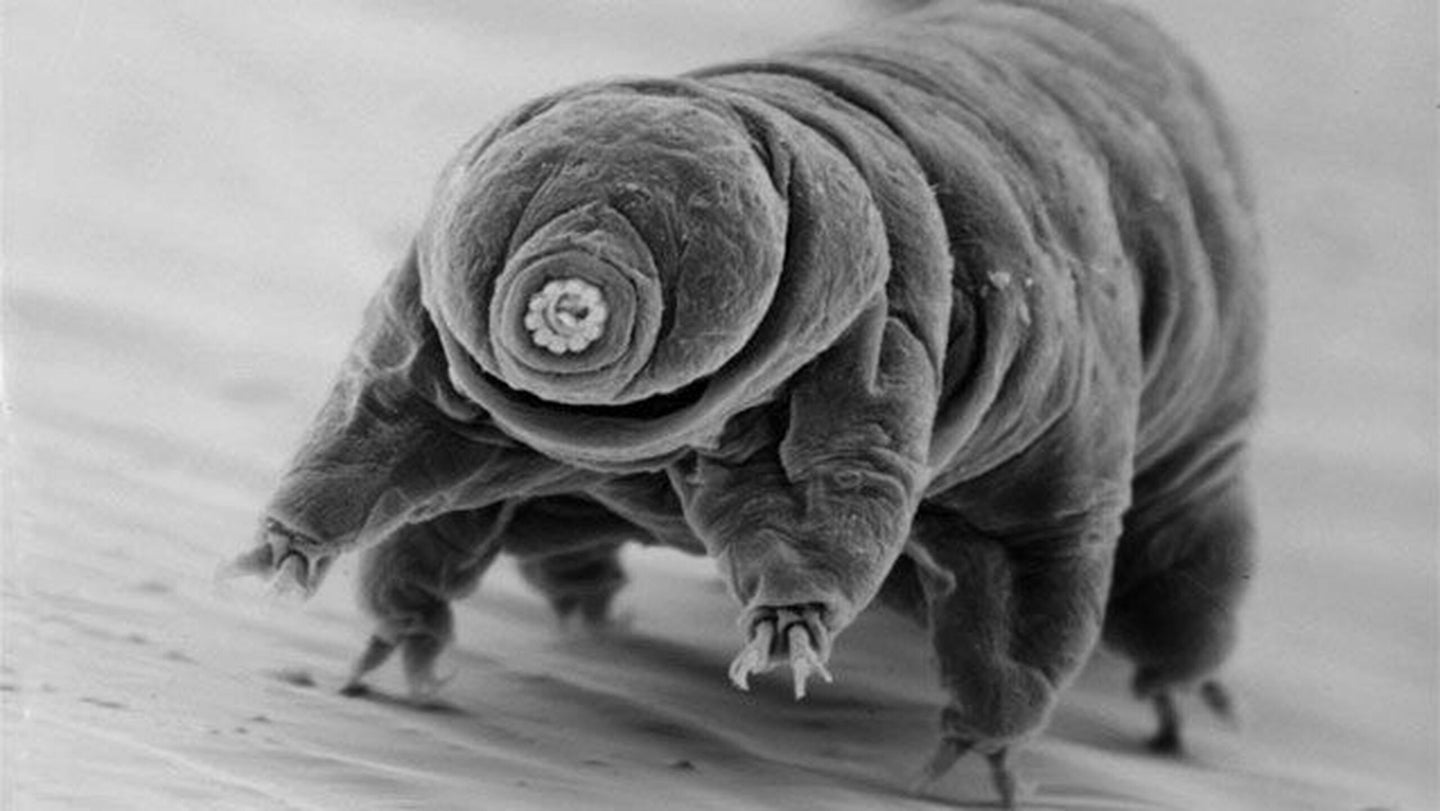 They’re not called “hardy tardis” for no reason. For the last few decades, scientists have been studying tardigrades, rather remarkable tiny microorganisms that seem to withstand all sorts of catastrophic threats. These little creatures have been able to weather everything from extreme temperatures to vacuums to high radiation. Usually found in freshwater, these water bears are only about 100 to 1000 microns in length—one micron is a one-thousandth of a millimeter—making them exceptionally small.

So what could possibly stop these sturdy little creatures? Turns out it’s being shot out of a two-stage light gas gun toward sand targets in a nylon bullet, according to a new study published in Astrobiology.

But there’s a reason for shooting microscopic organisms at high speeds: understanding the limits of extraterrestrial life.

Researchers like Alejandra Traspas, a PhD student at Queen Mary University of London who led the experiment, and her supervisor Mark Burchell, a professor of space science at the University of Kent in England, must systematically work through the obstacles that any living organism would have to overcome to survive. In the hypothetical case of a whizzing rock, such as a meteorite, crashing towards a planet or a moon, the organism would need to be able to survive being placed in a vacuum, getting exposed to radiation, and being frozen. Sound familiar?

While there has been research published proving that tardigrades could weather those conditions, the next step was to see how they would respond to the force of impact.

[Related: Tardigrades that crash-landed on the moon may still be alive, but they’re not having fun]

To test this, they placed the tardigrades into the tun state—the tardigrade version of hibernation—by freezing them for 48 hours. In this state, they expel most of their water which allows them to freeze and then revive and their metabolic activity practically flatlines. This is their survival state.

Traspas then loaded the gun with the tardigrades and fired them towards targets made primarily out of silica to simulate a sandy surface like our moon or Mars. The chamber where this occurred was also a vacuum to further simulate the conditions of space. The tardigrades were shot out at speeds of 500 meters per second (1,118 miles per hour) to begin with, and worked their way up all the way to one kilometer per second (2237 miles per hour).

“It usually takes them between 16 to 72 hours to recover after the different speeds, if they survive,” says Traspas. “If they don’t survive, of course, they are dead.”

Though this goes beyond the scope of this study, Traspas thinks there is room to explore what changes internally within the tardigrade to cause this. She found that after experiencing this level of shock, the tardigrades were able to move around and eat, but not reproduce. In the summer she hopes to conduct genetic analysis to understand whether there is internal damage or whether this is an evolutionary protective mechanism.

Achieving these results meant staring at the tardigrades for hours through a microscope. “For the first couple of hours after the impact, you barely see anything because they were in the tun state. They become very, very small,” says Traspas. “Then as the hours go by, you can start seeing them. It’s like a butterfly coming out of their little [cocoon].” The hardy little water bears slowly start recovering to their full size before they start moving around and signalling that they have survived yet another extreme test.

So what does all of this mean? The researchers believe that these findings hint at how similar life could have started on Earth. Or it could indicate that there are similarly complex organisms in other places, like the moons of Europa and Enceldaus, since their icy surfaces suggest there may be liquid water beneath.

The study also gives momentum to the theory of panspermia, a theory that suggests that life originated in outer space and journeyed between various worlds transported by meteorites that occur after an asteroid hits a planet or the moon.

“As NASA used to say: follow the water. If you could find liquid water, you would find life, was the hope,” says Burchell. Liquid water suggests life, which is why icy moons have been of particular interest in the search for extraterrestrial life.

Europa and Enceladus are affected by tidal waves that cause water to shoot through the icy surface of the moon. If water can support life here on Earth, then perhaps we have cautious reason to believe that there is life to be found in those plumes too. Tardigrades are just another piece in the puzzle to help us understand how life can survive in even the most unlikely of situations.

Correction: An earlier version of this story wrote Alejandra Traspas’ name as Trapas after the first mention.