Did We Steal Our Moon From Venus?

Is our planet a dirty thief? 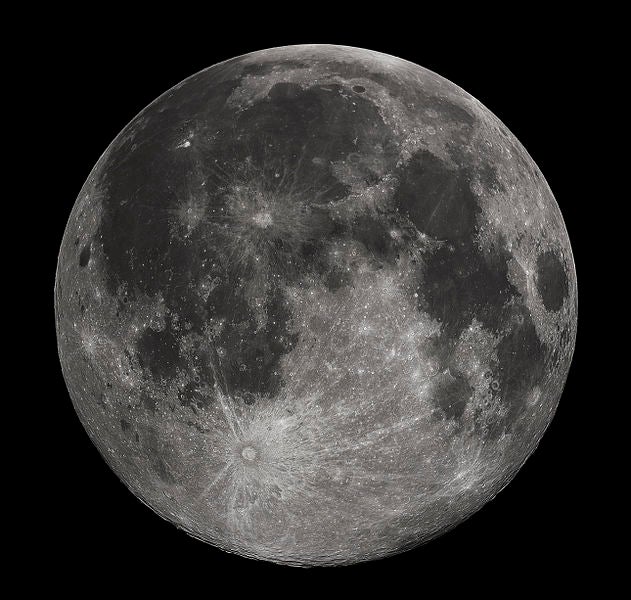 Dave Stevenson, professor of planetary science at Caltech, gave an intriguing speech at the Origin of the Moon conference in London this week. The most widely accepted theory about the Origin of the Moon is called the “giant impact theory,” which is pretty much what you think it is: two giant objects smashed into each other in the early days of our solar system. One of those became Earth, and one became our moon. But Stevenson has an alternate explanation: what if the Earth simply swiped another planet’s moon?

Earth has a moon. Mars has two. Jupiter has nearly 50. But Venus? No moon. Stevenson’s theory is that the Earth pulled Venus’s moon out of Venus orbit and into our own. The moon’s size suggests this is possible; calculations have indicated that a collision would require two fairly large bodies moving at an enormous speed, and at a very specific angle, otherwise one or both of the two original objects would be pulverized. The moon is much larger compared to our planet than other satellites are to their planets.

“The reason why it’s interesting is that Earth and Venus are close to each other. They have similar mass, and people think they have probably formed in a similar way,” Stevenson told Space.com. “So the question is, if Earth and Venus formed in similar ways, how come the Earth has a Moon and Venus doesn’t?”

Stevenson isn’t necessarily convinced by this theory; he’s merely presenting it because he thinks it’s an interesting possibility. It doesn’t explain the problem that samples from the moon have geological similarities with pieces from the Earth’s core, one of the key pieces of information backing up the collision theory. Still! Fun to think about.