Tardigrades that crash-landed on the moon may still be alive, but they’re not having fun

We asked a few experts to weigh in on the lunar moss piglet invasion. 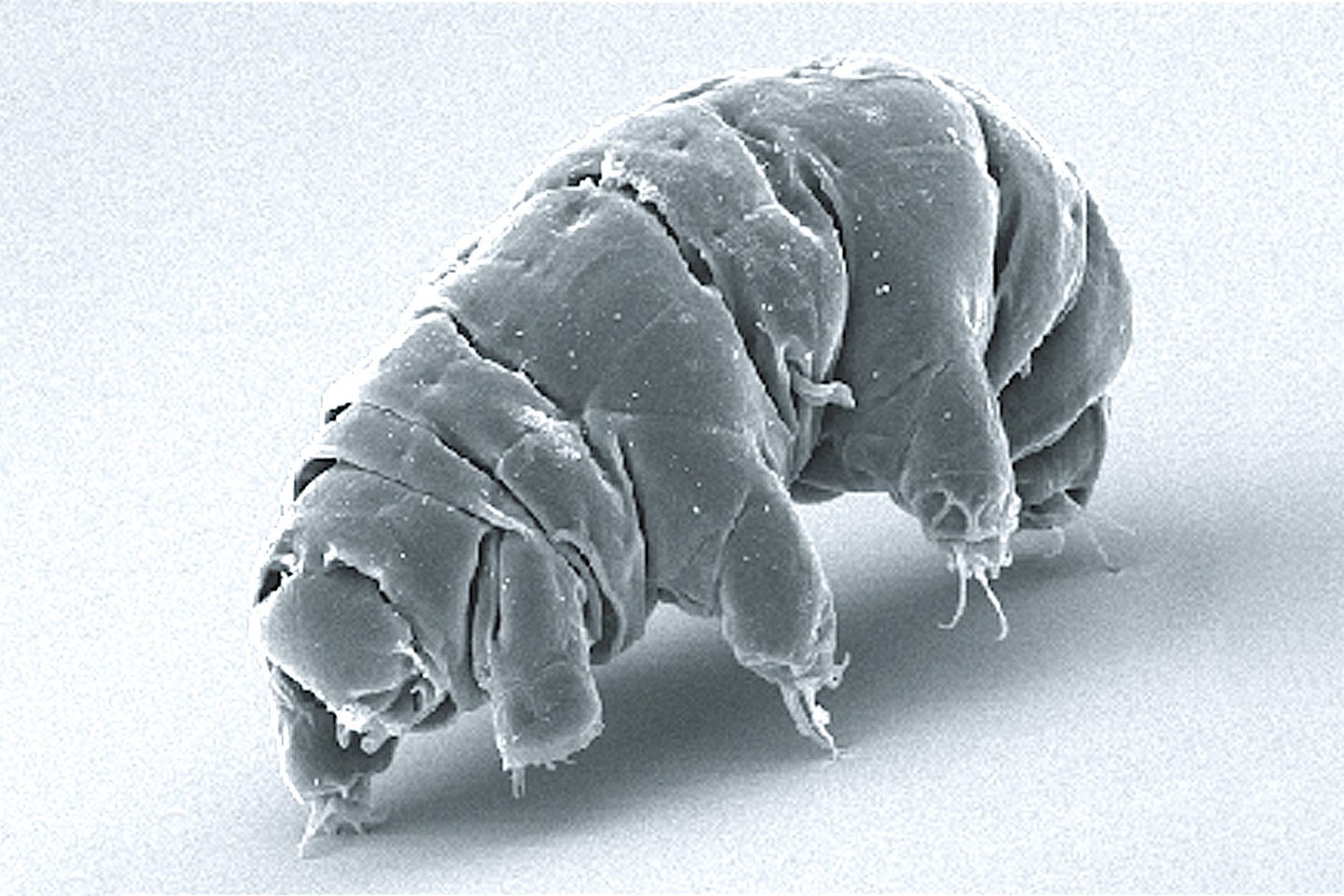 When Israel’s privately funded Beresheet spacecraft crashed into the lunar surface on April 11, at least one component may have survived relatively unscathed—an archive of human culture built by the nonprofit Arch Mission Foundation to last for millions of years. The disk bore thousands of pages of etched microscopic text, as well as digital backups of English Wikipedia and tens of thousands of culturally relevant books. It also carried bits of Earth’s biological heritage, Wired reports, including preserved hair follicles of the archive’s engineering team and thousands of the tiny and nigh invincible animals called tardigrades.

Knowing that the infamously rugged creatures could survive punishing temperatures and even the vacuum of space, Arch Mission Foundation co-founder and chairman Nova Spivack couldn’t help but wonder how the microscopic creatures had fared. Had he incidentally seeded the moon with life? Researchers say while the lunar environment is largely inhospitable even to tardigrades, some might indeed have survived the crash—but that doesn’t mean the moon is home to life as we know it.

“I don’t know if we can talk about ‘surviving’ in this case, because these tardigrades are in a stage where they are not formally alive,” says Mats Harms-Ringdahl, a professor emeritus at the University of Stockholm who has sent the animals into space before. “They may have the capacity to come back to life, so to speak.”

Also known as “water bears” and, somehow even more delightfully, “moss piglets,” tardigrades usually like it wet. Many species swim in lakes and oceans, but others have evolved the ability to survive on land. (with a low-powered microscope, you could almost certainly find some in your nearest park or garden, hiding in mosses or lichens). When water is plentiful they eat, have sex, and lay eggs, but when hard times come they dry into inert husks of their former selves, known (adorably) as “tuns.”

Any species can die of dehydration and shrivel up, but what makes tardigrades special is that they can often reverse their mummified state, plumping right back up with a mere squirt of water. This ability to return from the brink of death positions tardigrade tuns as the animal kingdom’s top survivalists, and research has shown they can rejuvenate even after experiencing triple digit negative temperatures and pressures found only miles underwater. Researchers wetting historical moss and lichen samples have brought back tuns that were nine years old, and frozen moss samples have survived without food or water for up to 30.

With skills like those, the tuns that Beresheet brought to the moon—some wrapped in tape and others preserved in amber-like resin embedded in the archive’s disk—may very well have made it to the surface physically intact, as long as the crash didn’t get too hot. As indestructible as they are, Harms-Ringdahl says, temperatures nearing 200 degrees Fahrenheit can damage their proteins and turn their long nap into an eternal slumber.

But even the moss piglets that remain in a reversible state of suspended animation may not be long for their new world. Harms-Ringdahl, who studies radiation biology, was involved with a European mission in 2007 that identified the tardigrades’ elusive kryptonite—space sunlight. Without lunar inhabitants on hand to quickly revive them, these space explorers risk receiving a hefty dose of the stuff.

The European team launched dozens of tardigrades into low earth orbit, where the critters spent ten days outside of the satellite that carried them. Some bore the full brunt of the space environment, while others sat behind a sunglass-like shield blocking ultraviolet rays (but letting cosmic radiation through). Back on Earth, the tuns from the shaded group revived just as well as those who stayed home, but almost all the sunbathing tuns remained permanently dead. The sensitivity to sunlight doesn’t bode well for any tardigrades who might be lying on the lunar surface. “Even DNA is sensitive to UV light,” Harms-Ringdahl says, “and this is the toughest kind of UV light, because there is no atmosphere.”

Lunar days and nights last for two weeks, so the Beresheet remnants have probably gotten plenty of sunshine in the five months since crashing. But the tuns may still stand a chance… if they happened to settle beneath a layer of lunar dust.

“If the animals are directly exposed to the full spectrum of UV light they will be dead within days, with no ability to return to an active state,” says Ingemar Jönsson, a professor at the Kristianstad University in Sweden and leader of the 2007 tardigrade-in-space research. “But if they are buried in the ground where the temperature is below zero they could probably survive quite long, perhaps for some years.”

The ultimate question is the state of the archive these tardigrades call home. At launch, the resin that surrounds them was sandwiched between 25 layers of reflective nickel, and the whole disk was hidden away behind many layers of metallic heat shielding and other reflective materials, according to Spivack. That sort of cool, shady environment could keep the tuns quite safe. Any damage suffered during the crash, however, would raise the creatures’ risk of exposure to heat and ultraviolet light. Only future lunar visitors will be able to say for sure.

Space is a nasty place for unshielded organisms, and there’s no shame if the water bears did succumb to the fierce UV rays of space—not even hardy bacterial spores can take prolonged exposure. But if the Arch Mission Foundation is interested in planting life on the moon, they might consider expanding their candidate pool. At least one lifeform can withstand unfiltered sunlight in open space, and it’s one the tardigrade knows quite intimately. Next time, they should include a lichen.