A Mission Back In Time

Rosetta is on a journey to unlock the history of the solar system. 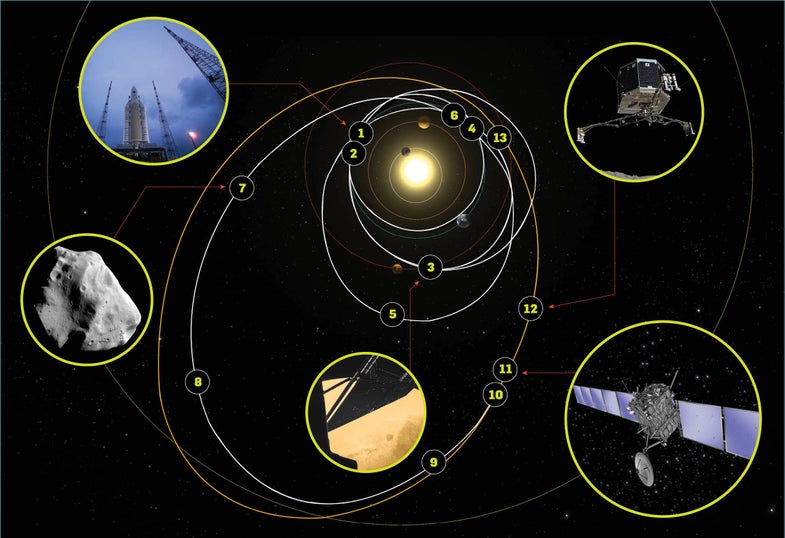 After 10 years of circuitous travel, Rosetta has begun to edge toward the icy, black core of comet 67P/Churyumov-Gerasimenko. In August, it will become the first spacecraft to orbit a comet’s nucleus and, shortly after, the first to land a probe on the surface of one. The data it gathers could unlock the history of the solar system, just as the spacecraft’s namesake, the Rosetta Stone, was the key to deciphering Egyptian hieroglyphs. “Because comets are frozen most of the time, they provide a fingerprint of what the conditions were like at the time the planets formed,” says Samuel Gulkis, a scientist at NASA’s Jet Propulsion Laboratory.

Both comets and asteroids orbit the sun, occasionally strike Earth, and are leftover from the formation of the solar system—but they have little else in common.