The moon is (slightly) wet, NASA confirms. Now what?

Planetary scientists and would-be explorers alike have a lot of follow up questions. 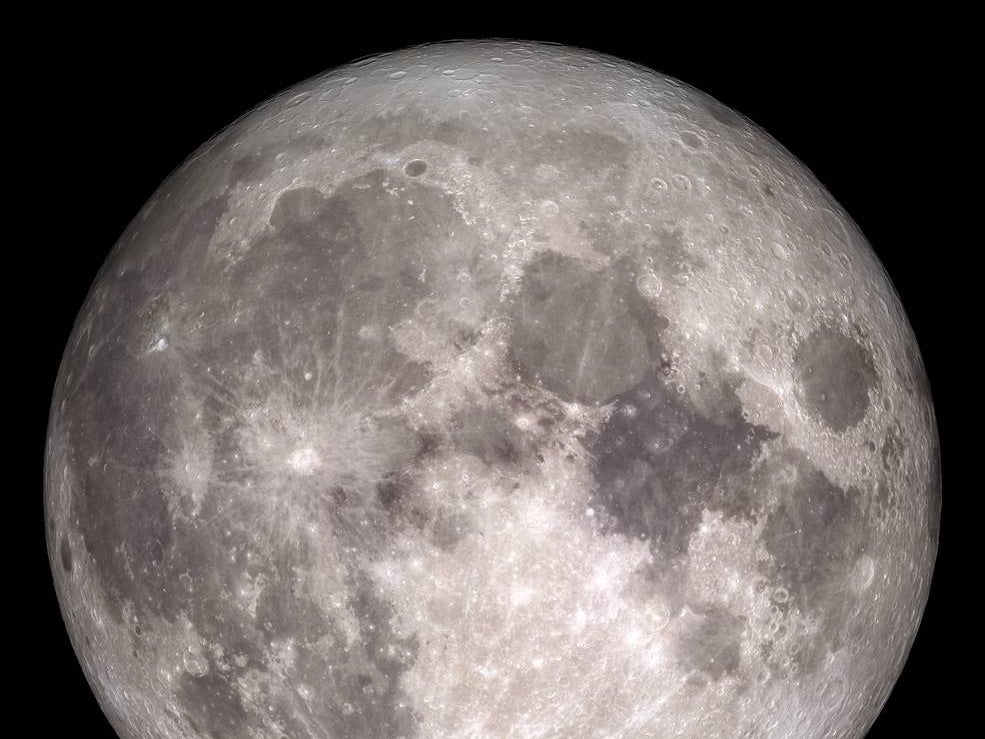 The moon is not made of cheese, but it is ever-so-slightly moist.

Researchers have spotted novel signs of water molecules on the moon using a flying telescope, according to results published Monday in Nature Astronomy. Not a lookalike molecule. Not ice buried deep underground or at the bottom of a crater. But honest-to-goodness H2O molecules sprinkled across the sunny lunar surface, confirmed to exist for the first time. The moon isn’t swimming in the wet stuff—the Sahara desert is about 100 times damper, NASA estimates. But the confirmation bolsters past research, raising mysteries for planetary scientists and the hopes of those thirsty for lunar exploration.

“Today we are announcing that, for the first time, water has been confirmed to be present on a sunlit surface of the Moon,” said Paul Hertz, NASA’s Astrophysics division director, in a press conference on Monday. “This discovery reveals that water might be distributed across the lunar surface, not limited to the cold, shadowed places in the lunar poles.”

The new results continue a decade-long tradition of NASA discovering water on the moon in various forms and regions. The lunar southern pole is the main H2O hotspot. When the space agency crashed the 5,000 pound-LCROSS satellite into a southern lunar crater in 2009, water vapor byproducts permeated the resulting plume. And in 2018, a fresh analysis of imagery from the Indian Space Research Organization’s Chandrayaan-1 spacecraft found that ice speckles the permanently dark depths of the craters.

Scientists also believed that water molecules likely coated the lunar surface more widely, because three separate spacecraft all saw signs of hydrogen (the atom that puts the H in H2O) back in 2009. But hydrogen doesn’t guarantee water. Hydrogen singles (as opposed to couples) could be linking up with oxygens to make hydroxyl (OH), commonly known to us Earth-dwellers as an active ingredient in drain cleaner.

“If drain cleaner were on the moon,” said Casey Honniball, a postdoctoral fellow at NASA and lead author of the research, at the press conference, “we couldn’t tell difference between the drain cleaner and water.”

Honniball spent her graduate years puzzling over how to tell one hydrogen atom from two, while stuck on a planet more than 200,000 miles away. She landed on scanning the moon for infrared light with a wavelength of 6.1 micrometers, a smoking gun for water molecules.

But carrying out the survey would be tough. No space-based telescopes can see that particular color of infrared light, and Earth-based facilities buried under the planet’s moisture-laden atmosphere would be as useful as an observatory looking for subtle hints of extraterrestrial water from the ocean floor. Honniball considered launching a balloon, but that would take time to build. Eventually she realized that the perfect instrument already existed: SOFIA, the Stratospheric Observatory for Infrared Astronomy.

SOFIA’s telescopes soar through the sky while peering through an open door in a modified Boeing-474, high above 99.9% of the moisture in the Earth’s atmosphere. The observatory usually observes distant galaxies, but Honniball convinced SOFIA’s handlers to swing their instruments toward the moon for the first time.

“What was essentially a test far exceeded our expectations,” said Naseem Rangwala at the press conference, a project scientist for the SOFIA mission.

Surveying a thin strip of moon near a crater called Clavius in the southern hemisphere, SOFIA caught the telltale sign of water. From that infrared gleam Honniball and her collaborators estimated that the moon’s surface is about 0.01 to 0.04 percent water—enough for a highly motivated explorer to wring perhaps a 12-ounce bottle’s worth from about a dumpster’s worth of moon dust.

The confirmation answers one question for planetary scientists while raising another: harsh sunlight should break apart individual water molecules, so how is this H2O surviving? Honniball’s team suspects that perhaps they’re hiding between pieces of lunar dust. Or they could be locked safely away in glass beads forged during micrometeorite impacts. These meteorites pepper the moon, melting lunar dust into black dots the size of a pencil tip. While doing so they may fuse hydrogen and oxygen into water, or they could bring their own water molecules.

The study emphasizes how much researchers still have to learn about the world that looms large in our sky, which has a lot going on for an airless body. Finding water on the surface—and a way to observe it from Earth—now opens a new window into the moon’s history. Honniball, for instance, next hopes to use SOFIA to see if the molecules lie thicker near long-extinct volcanoes, which could have expelled water from the world’s core after formation.

The discovery has also captured the imaginations of mission planners considering the future of lunar exploration. As an essential resource not only for mixing Tang cocktails and taking showers, but also for creating oxygen and rocket fuel, water will power space exploration. Plus, if NASA didn’t have to lug all their H2O from Earth, its missions could grow longer and farther.

The first crews of the Artemis program, which could touch down on the moon within five years, won’t have the technology to mine moon water. But in the long run, the locations and forms of lunar H2O could determine where and how astronauts get a foothold on the moon. If SOFIA’s water molecules are sitting loose in the soil, harvesting them could be as low tech as stirring up the dust and collecting the vapor that floats up. If they’re locked inside glass beads, however, astronauts would have to work a lot harder to get them out. Ice slabs in craters might be easier to process, but descending the steep walls and carving up ice cubes would take more equipment.

Regardless, NASA planners need to know where the water is, how much there is, and how stable it is before they can start to think about whether to develop crater climbing gear, moon dust processing machines, or some other technology.

“Finding water that’s easier to reach is really important to us,” said Jacob Bleacher, NASA’s chief exploration scientist. “That could involve finding easier-to-reach small craters that have water, or, as these SOFIA results show, we can find water outside of these craters.”

To that end, NASA has an array of water-centric missions planned, including a golf-cart sized vehicle known as the Volatiles Investigating Polar Exploration Rover, or VIPER, to sniff out water in the soil and below the surface. VIPER could land in about two years.

Until then, Honniball and her colleagues intend to build on their successful test of SOFIA’s dowsing prowess. They’ve secured two hours of observation time for next spring and have requested a full 72 hours of moon watching. That would be enough time to map out the entire near side of the moon and see where H2O molecules lie the thickest.

“We have yet to hear back, but we’re crossing our fingers,” Honniball said.