A European robotics team won a grant to study how robots could 3D-print underground shelters on Mars. 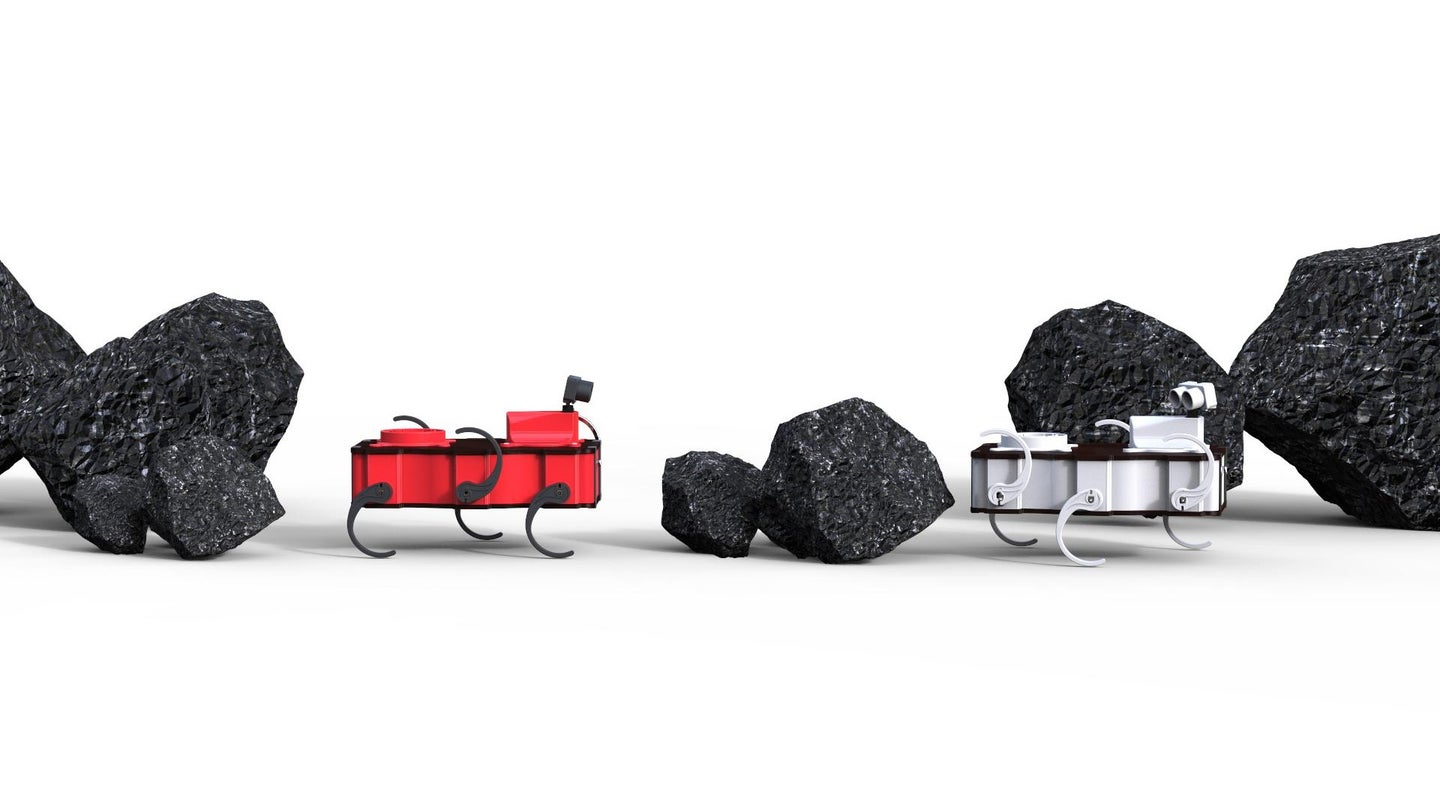 Working as a swarm, these A4 paper-sized robots could one day build underground settlements on Mars. Delft University of Technology
SHARE

It sounds like the stuff of science fiction. In one European team’s proposal for off-world construction, swarms of autonomous, cooperative robots would dig and reinforce underground ant-like colonies for human habitation on Mars.

The European Space Agency recently awarded a grant to a team of engineers at the Robotic Building lab at Delft University of Technology in the Netherlands, to study how robot swarms could build such structures. This month, the founder and current leader of the lab, engineer Henriette Bier, posted some preliminary details of her team’s concept, which would use Zebro robots to excavate underground housing networks on the red planet, fortified with Martian, 3D-printed concrete.

The project is very much in the conceptual phase, but the technologies to make it possible are coming along on Earth, says Jekan Thanga, a robotics researcher not involved with the Delft team who specializes in off-world technologies at the University of Arizona. But, he says, “doing it off-world is another challenge.”

Mars has a host of dangers for future human explorers looking to reside there. From high levels of ionizing radiation to drastic day-to-night temperature swings, long-term residents will need more than a sturdy tent to live comfortably. Living several meters underground would block out most of the radiation and provide for a more stable temperature.

Amazon isn’t offering free shipping to Mars yet, so getting building supplies there is still highly pricey. That’s why researchers are looking at ways of using locally sourced materials as much as possible in construction of Martian habitats.

The Zebro robots—also developed at Delft, with the footprint of just a sheet of paper—would excavate tunnels by spiraling downward and fortify the walls as they go with concrete. Tapping into what’s immediately abundant, the concrete could be made onsite by combining cement with some of the excavated dust and rock. Some robots would dig while others reinforce walls with autonomously generated 3D-printed structures.

Bier’s team consists of her students and other robotics faculty at Delft. She says using 3D-printing technologies, she and her team “have been developing material designs that are porous,” which allows for faster construction and more efficient use of materials. The empty pockets would also make for better insulation. On top of pure optimization, 3D printing allows for unconventional, versatile design shapes devised by artificial intelligence.

Digging and building on unknown Martian terrain will “definitely be a challenge” Bier says. The robots will have to adapt to a harsh and disordered terrain—but artificial intelligence could make this possible, she says. Swarms of robots are useful because they can communicate with each other, do multiple tasks simultaneously, and keep functioning if one member becomes inoperable.

This is similar to the way termites work together. “They work in teams, yet, if you kill one individual … the team continues no problem,” Thanga says.

This project isn’t for the first wave of Martian settlers, who will likely need something more temporary and modular. Because these underground colonies would  require concrete, the first order of business would be to build the infrastructure to produce concrete—and preferably more robots, too.

NASA and other groups have looked at different potential shelters on Mars, Thanga says, including ideas for houses made from sandbags or ice. But deep underground structures provide a more permanent option and require little water—a precious resource on such a dry planet.

Bier says that the construction industry is generally conservative, so it hasn’t seriously invested in new technologies like robotics or 3D-printed homes, which a few startups are working on. She points to the company ICON, which has built inexpensive concrete homes in just a few days and is looking at 3D-printing structures on the Moon. In 2019, NASA also hosted a 3D-printed habitat challenge in which teams competed to design sustainable housing designs for off-world living.

Adding in swarm technology could amplify these advances even further. Thanga says humans have been using the logic of swarm societies for thousands of years. A group of Roman soldiers could join together in a turtle-like formation, covered by shields on all sides to beat unorganized but similarly armed enemies. “They became invincible that way,” Thanga says. Perhaps robot swarms on Mars may one day be able to achieve similar feats.