Dear President Obama: When Will You Stop Talking About Climate Change And Actually Do Something?

You don't even need Congress to enact meaningful reform. 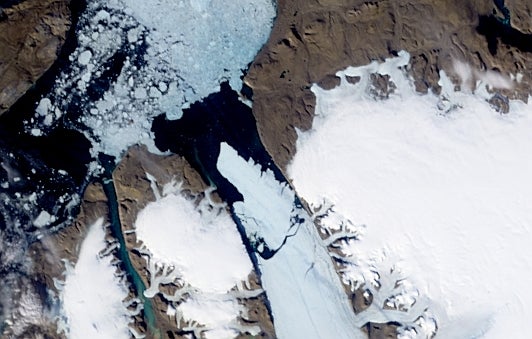 I was hoping to get a jump on this Earth Day letter during the weekend, but I fell behind because of water in my basement. Torrential rains the past few days soaked the ground so much, the water had nowhere else to go. Of course, April showers are not unusual where I live in the Midwest; the problem is that right now, I don’t have enough trees and bushes to absorb them. And that’s the unusual thing. Those plants died, weak and thirsty, during an epic drought last summer–the hottest year on record. Now their absence is taking a toll.

I shouldn’t complain, though: 1,000 miles to the west, my family in Colorado experienced a true drought (and climate change-related) disaster last summer, as wildfires consumed entire communities and choked the air for hundreds of miles. Last fall, 1,000 miles to the east, my family in New Jersey bailed out their entire homes after Hurricane Sandy tore down the Jersey Shore.

Yeah, these are anecdotes. But the pattern is clear. The climate is changing, and weird weather is just one manifestation of it. This is linked to carbon dioxide emissions, as study after study has shown. So why aren’t you doing anything about it? You could–you have repeatedly said you would–but you’re not.

As the New Yorker put it recently, the phrase “climate change” appears 29 times in the new budget–“but there is no new plan for Congress to take up in your ambitious legislative blueprint.” Do you need an invitation? Just in case, here is a list to get you started.

Power plants contribute one-third of this country’s greenhouse gases, so this is a good place to start. You don’t need Congress to do this. The Supreme Court has held several times that the Environmental Protection Agency can regulate greenhouse gases, and that means you can control carbon dioxide emissions without passing any new laws. Under the Clean Air Act, the EPA can work with states to develop new standards for curbing emissions at existing power plants.

Coal-fired power plants, such as this one in the Conesville, Ohio, are by far the ‘dirtiest’ means of producing electricity in terms of amount of carbon released into the atmosphere. This has made coal a primary target in the effort to keep total emissions of carbon dioxide below the threshold that will yield two degrees celcius of warming. Scientists have settled identified this threshold as the marker for avoiding “catastrophic” consequences from climate change.

Industry groups and utilities will counter that the U.S. doesn’t have the technology to reduce carbon dioxide emissions from old plants. You can tell them about the catalytic converter. When the Clean Air Act was passed, automotive makers didn’t have the technology to capture carbon monoxide and waste hydrocarbons from gasoline combustion–but they had to do something to comply with new EPA standards. The catalytic converter, so named because it uses catalyzed chemical reactions to convert combustion byproducts, became a part of every car sold in the U.S. by 1975.

The Clean Air Act is a technology-forcing law; who knows what new patentable products might be developed, engineered and built in the U.S. by pioneering utilities complying with new emissions standards.

2. Improve fuel economy and emissions standards in cars much earlier than you planned.

Last summer, you announced new regulations that would double the average fuel economy standard for cars sold in this country, which was an achievement because most automakers agreed. But you kicked the can down the road. A new standard of 54.5 miles per gallon is great, but by 2025? Can’t we do better than three presidential terms from now?

The Clean Air Act is a technology-forcing law.

3. Say no to the Keystone XL pipeline.

You already vetoed a plan to build this thing, but your recent rhetoric makes it seem like you’ll give it a green light the second go-around. This pipeline, which would bring oil from Canada’s tar sands to the Texas Gulf Coast, needs a presidential permit to move forward. Polls show that most people support it, because of effective arguments from proponents that couch this pipeline in terms of energy security. But the pipeline endangers the environment in many ways. It cuts through precious aquifers in the arid West (though its route has been altered to reduce the risk) and it enables one of the filthiest forms of oil production there is. Energy security is important, but there are better ways to achieve it, while safeguarding environmental resources as well as jobs.

The New York Times put it best: “A president who has repeatedly identified climate change as one of humanity’s most pressing dangers cannot in good conscience approve a project that–even by the State Department’s most cautious calculations–can only add to the problem.”

Reducing carbon dioxide emissions through a cap and trade system–agreeing to limits on emissions and trading credits for exceeding them–is not the only solution. It’ll probably never happen anyway in the filibuster-bound Senate. So try something else, like increasing tax incentives for homeowners, businesses and utilities. Republicans love a tax cut–tie them to emission-reductions programs.

There is no try.

After your reelection, we and many others exhorted you to beat the drum for climate change. When the president talks about something, it gets covered, and regular people start talking about it, too–that’s the power of the bully pulpit. You’ve done that, to your credit. But actions speak louder than words. You can’t lose an election anymore. You probably won’t win back the House of Representatives next year, and the Senate, for how it legislates, might as well not be controlled by Democrats anyway. So what do you have to lose?

The American people are not dumb about this. We can see the changes coming. Sea levels are rising. Storms are becoming more severe. 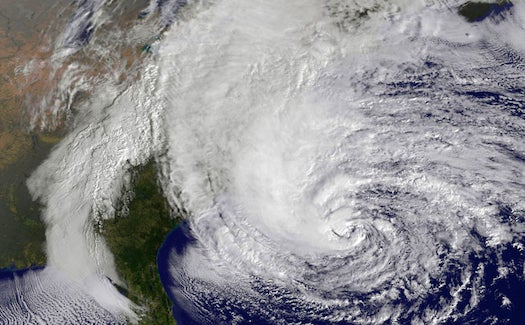 A few weeks ago, I asked a tree expert what I should plant to replace my dead greenery, and do you know what he said? He said to plant specimens native to climates hundreds of miles south–plants of the deep South. They will thrive in the Midwest now, thanks to global warming, he said. This arborist was apolitical–he just knows our climate is changing, and wants his products to last. He treated it as a fact of life, not a political argument or a controversial statement. And you should, too.