The Parker Solar Probe passed within 6.5 million miles of the sun's surface—and NASA wants to fly it even closer. 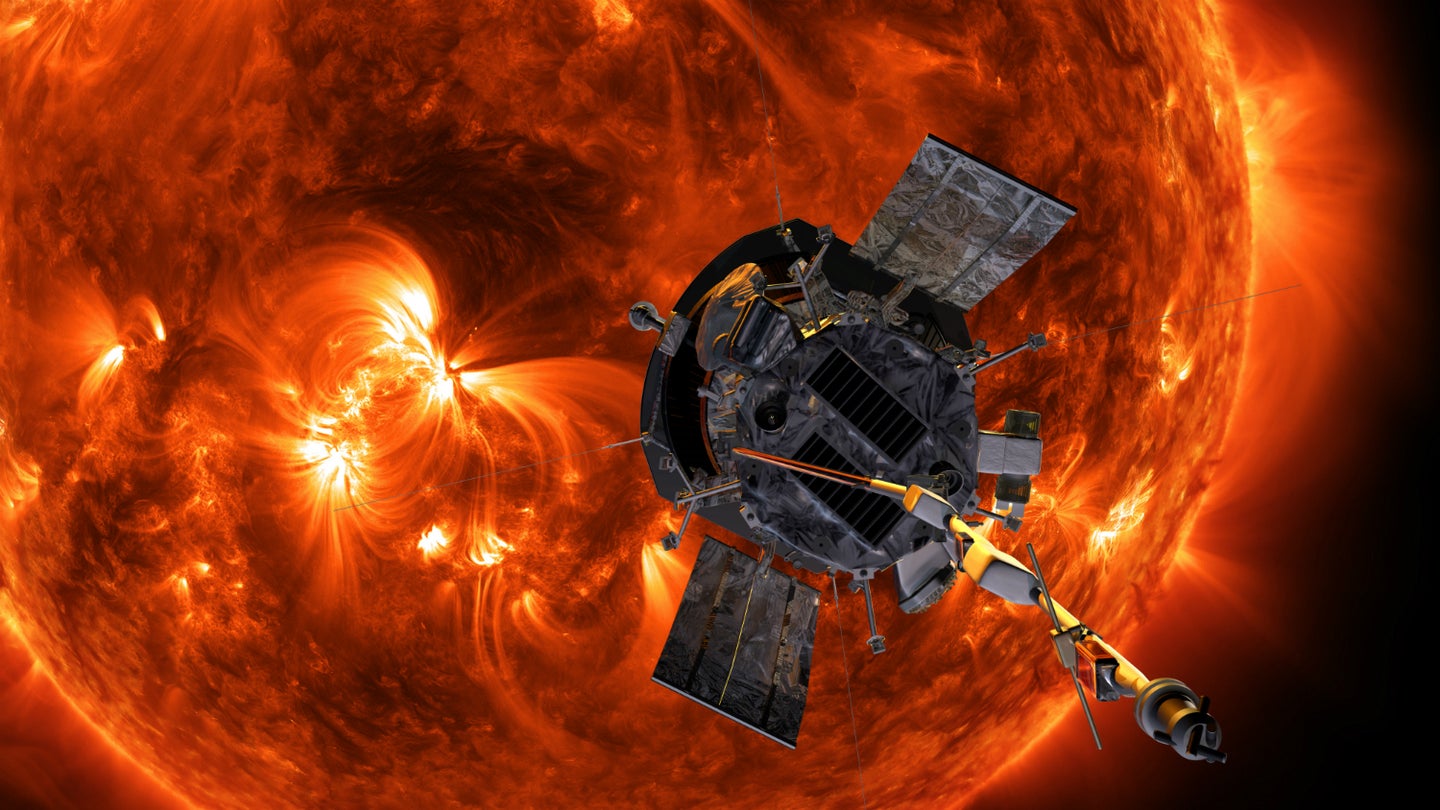 An illustration of the Parker Solar Probe falling toward the sun, where it will study the star’s outer atmosphere. NASA
SHARE

The Parker Solar Probe launched three years ago, with an ambitious goal to make ever-closer passes near the sun.

On April 28, the probe passed the Alfvén critical boundary, which marks the outer edge of the sun’s corona, where solar material ripples out in space after breaking free from the sun’s gravity and magnetic force. The Parker Solar Probe broke records by crossing that border, about 8 million miles from the visible surface of the sun. The probe’s passage into the sun’s atmosphere was confirmed in later analyses, and the findings were published December 14 in Physical Review Letters.

The spacecraft entered the corona three times, according to the data—at one point for up to five hours. Once the probe passed the Alfvén critical boundary, “we saw the conditions change completely,” Stuart Bale, a physicist at University of California, Berkley and co-author of the paper, told BBC. “Inside the corona, the sun’s magnetic field grew much stronger, and it dominated the movement of the particles there. So the spacecraft was surrounded by material that was truly in contact with the Sun.”

To get readings of the sun without getting scorched, the Parker Solar Probe needs to move at over 320,000 miles per hour, making it the fastest object built by humans. It makes quick in-and-out dashes while its suite of instruments continuously take measurements from behind the probe’s heat shield, which protects the craft from intense radiation as the shield reaches temperatures up to 2,500°F (1,400°C).

That the probe entered and exited the outer corona multiple times proves researchers’ predictions that the outer corona is not a smooth sphere of plasma. Instead, it’s full of wrinkles, spikes, and valleys. Assessing how the shape of the corona aligns with solar activity can help astrophysicists determine the dynamics of features such as solar wind.

At one point, the Parker Solar Probe got to about 6.5 million miles from the sun’s surface, encountering a feature in the corona visible during solar eclipses, called a “pseudostreamer.” There, “conditions quieted, particles slowed, and number of switchbacks dropped—a dramatic change from the busy barrage of particles the spacecraft usually encounters in the solar wind,” says a NASA statement. The space agency hopes to get Parker as close as 4 million miles by 2025.

Astrophysicists also hope that flying by the sun will better reveal its inner workings. “Just as landing on the moon allowed scientists to understand how it was formed, touching the sun is a gigantic stride for humanity to help us uncover critical information about our closest star and its influence on the solar system,” Nicola Fox, the director of NASA’s heliophysics science division, told BBC.

Information we gather about the sun will also help astronomers understand stars at large, Anthony Case, the instrument scientist for the Solar Probe Cup, from the Center for Astrophysics | Harvard & Smithsonian, said in a statement. “The plasma around the sun can act as a laboratory that teaches us about processes taking place in almost every astronomical object across the entire universe.”