The seasons are shifting, but redrawing their lines won’t erase the problem

We shouldn’t redefine the seasons just yet. 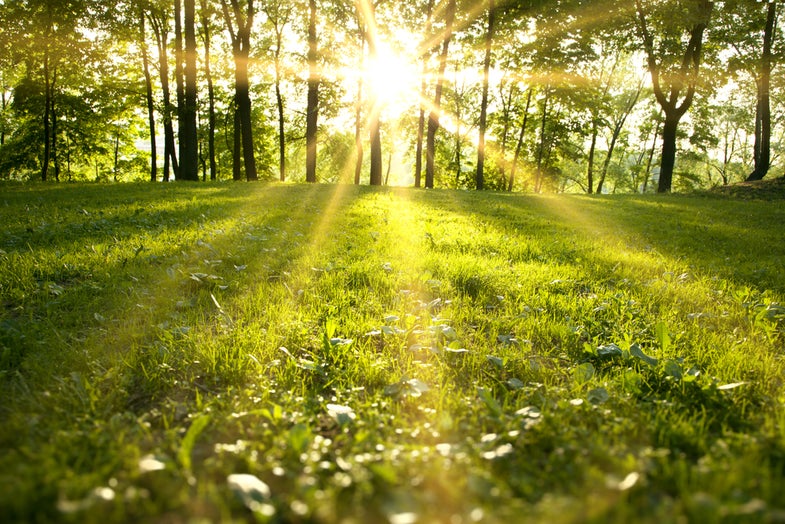 There are at least three ways to define a season. Deposit Photos
SHARE

Eight years before Gutenberg’s Bible, his printing press produced an almanac. The 1457 publication likely offered readers a year’s worth of tide tables, weather forecasts, and astronomical insights, much like Old Farmer’s or National Geographic does today.

By that time, the seasons and stars had been a central force in human lives for thousands of years, spurring religious traditions and scientific inquiry, and shaping artistic impulses. Ancient farmers prayed to their gods for a good harvest. The oldest known almanacs—sage advice chiseled in stone—date back almost 4,000 years, to the advent of astronomy. And many a Shakespearean plot is driven by alterations in the natural world, from titular tempests to the romance of spring.

But the seasons are changing, as anyone with a window or newspaper subscription knows. In one early paper in Nature, published in 2009, researchers showed that between 1850 and 2008, the hottest day of the year had creeped steadily forward, arriving almost two days sooner at the tail end of their dataset than at the outset. This trend has continued in the intervening decades: winter and summer temperatures are more and more similar; spring, defined by the first budding plants, comes earlier every year; fall has all but disappeared. It’s enough to make you wonder: is it time we redefine the seasons?

Not so fast, says Theresa Crimmins, assistant director of the USA National Phenology Network, an organization of thousands of volunteers and scientists monitoring the cyclical behavior of plant and animal life across the country. According to Crimmins, there are at least three different ways to define a season: astronomical, climatological, and biological. While two of these have always been in flux—now more than ever—our position in the solar system will never change.

Seasons based on the solar system are defined by light. The longest day of the year, which typically falls on June 21, marks the summer solstice in the north and the shortest day of the year, typically falling on Dec. 21, marks the winter solstice. In between, there are the spring and fall equinoxes, on March 21 and Sept. 21 respectively, when the sun is at a perfect middle point, bringing equal days and nights.

Light’s role in our conception of seasonality differs from person to person. Some people experience profound disruption to their Circadian rhythm; as the days grow darker, about 5 percent of Americans experience “seasonal affective disorder,” or SADs. But Crimmins says people tend to “use long-term climatological data to chop up [their] year,” with widely-varying results.

Most of the United States experiences four distinct seasons. “Traditionally, winter is the three coldest months, summer is three warmest, and what’s left over is spring and fall,” Crimmins says. Seasons aren’t the same everywhere, however. Large swaths of Asia divide their year in two: the dry season and the rainy, or monsoon, season. (Even in Arizona, where Crimmins recently moved from four-season Michigan, the dry and rainy season is one of the more useful paradigms.) Some ecologists describe climate as having a six-part cycle: prevernal, vernal, estival, serotinal, autumnal, and hibernal. Parts of West Africa have a season all their own—harmattan—defined not by temperature, but by dry air and dusty winds.

It’s this swinging pendulum of weather—of rain and heat and wind—that produces the third, final, and most endangered definition of a season: the biological.

“When most people are responding to when they say spring or fall is, it’s when they’re looking at the window and go, ‘Oh!’,” Crimmins says of the moment when life returns after a long winter. “After you’ve stared at gray, bare trees for months, it’s so obvious when buds start bursting.”

The only problem is, buds aren’t bursting when they’re supposed to. Blueberries, cherry blossom trees, and lilacs—all classic signs of spring—are appearing, and then wasting away, sooner than they have before. “When that happens early, people can’t help but take notice,” Crimmins says. “It just seems off.” This has downstream effects on other creatures, like insects, which are disappearing at unprecedented rates, and birds that feed on those insects, and live in our favorite trees. While it’s been decades of slow-moving change, it can feel like overnight, the view from our doorstep went profoundly wrong.

Redefining seasons seems like a natural response to this chaos, a way of taking back control. But, Crimmins says, changing the boundaries of our biologically-derived seasons, “assumes plants can continue to advance their phenology and survive just fine.” Data suggests that won’t be the case.

Some plants bloom in response to warmth alone. But many plants exhibit a more complex set of protective mechanisms. Some organisms have a finely-tuned internal clock. When spring arrives earlier than normal, these species refuse to blossom on the assumption they’re being tricked by a warm snap in the middle of winter. Other plants won’t open unless warmth coincides with the exact right angle of the sun. When greenhouse gases warm the planet faster than the solar system cycles through its luminescent seasons, these plants are left behind.

Astronomical definitions will stay the same as long as the sun still shines. Climatic definitions have never been universal. But perhaps the most important reason we can’t redefine the seasons is that the profound disruption to our biological world is just getting started. “If we’re using plant or animal activity to be that definition of the start of spring, then it becomes a matter of, which species?” Crimmins says. “And what about the fact that some species won’t be around anymore?”