But we won't know where it's going until the government shutdown ends. 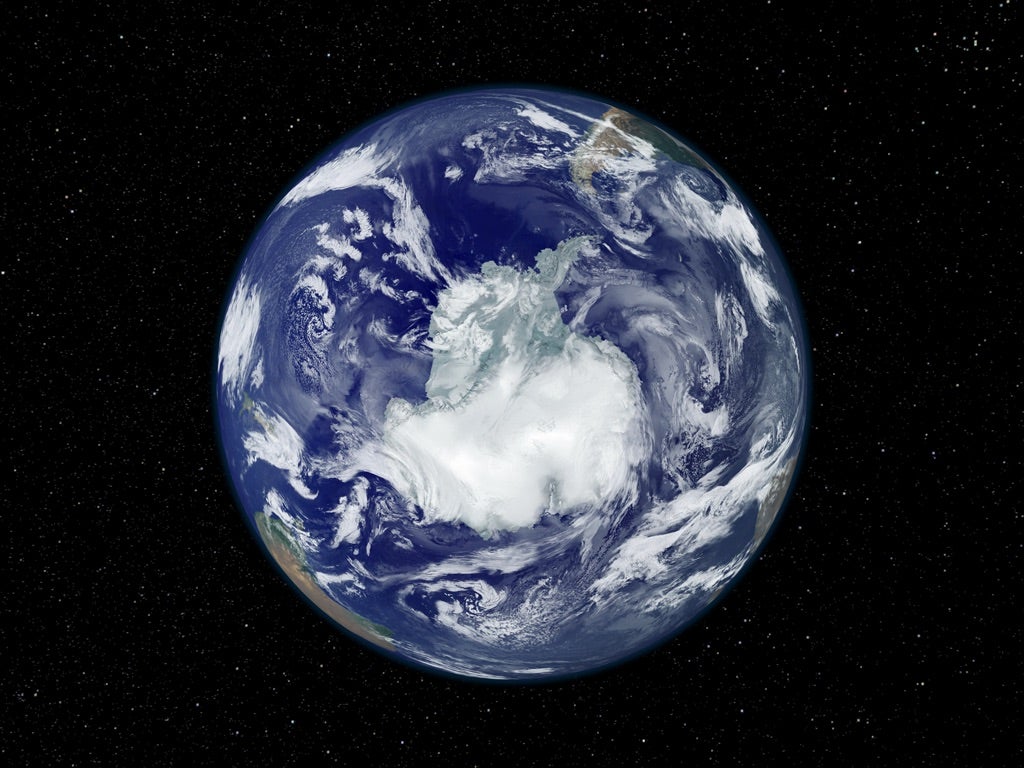 Feeling a little off-kilter in the early weeks of 2019? Well, so is Earth’s magnetic pole—and it’s been feeling like that for a while. Because of how much and how quickly the pole is moving, geologists are updating the model they use to predict where it will go next a year ahead of schedule. Given that everything from your cell phone’s mapping feature to ships traversing the ocean and airplanes in the sky rely on this prediction, known as the World Magnetic Model, it’s worth paying attention to.

“The most recent version of the model came out in 2015 and was supposed to last until 2020—but the magnetic field is changing so rapidly that researchers have to fix the model now,” reports Alexandra Witze for Nature. The model is necessary because actually finding where magnetic north is right now is difficult—the places where it can be found are remote, and it moves a lot.

Since first documented in 1831 by British Arctic and Antarctic explorer James Ross Clark, the magnetic pole has moved around a lot, vacillating between parts of Canada’s far north and Siberia.

In Ye Olden Times, as Randall Munroe of the webcomic XKCD notes, seafaring vessels relied on magnetic north—which their compasses were drawn to—to navigate around the globe in small, vulnerable, disconnected wooden boats. Although compasses existed as far back as the late 1200s, according to the Geological Survey of Canada, users believed they pointed to a gigantic magnetic mountain in the far North.

A 17th-century natural philosopher named William Gilbert was the first to hypothesize that the Earth itself acted like a giant magnet, but the magnetic pole wasn’t actually found until Ross’s expedition reached it, some 200 years later, the GSC writes. Norwegian explorer Roald Amundsen found the pole in a different location some years later, confirming its motion.

Since the development of modern telecommunications, the WMM, produced jointly by the British Geological Survey and the National Centers for Environmental Information in the United States, has aided in both navigation and in calculating position for applications such as mapping. The organization generally releases an update every five years (the last one, for 2015, came out in December 2014). But an unanticipated amount of movement within the Earth—which shapes the location of the pole—called for an update, Witze reports. That update was supposed to go online on January 15, but has been held back by the U.S. government shutdown. It’s now expected by the end of the month.

Although the current location of the pole is important for the reasons outlined above, the fact that it’s moving faster than expected isn’t actually cause for panic, an Oregon State University paleogeologist named Joseph Stoner said in a press release back in 2005. “There is a lot of variability in its movement,” he said. Historical records for the pole go back only about 400 years, the release detailed, and of course, observations only go back to those Ross made in the early 1800s. Older insights are only possible thanks to clues in the Earth’s mineral record.

The question of what, exactly, causes the magnetic field to shift—and how to predict its movements accurately—remains open. But given our reliance on gadgets like Google Maps and things like global shipping, you can expect to see more headlines about it in the coming months.